One Should Definitely Give A Frick About Willie Frick 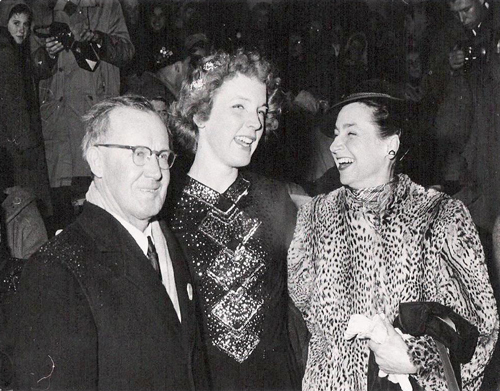 "He really made skating fun for me. Willie had such a great sense of humour. He would try to get me to laugh at my mistakes. He had some favourite comments to make whenever I fell down or goofed up. For example, he would say, 'Oops, the ice came up and hit you,' or 'Where there's still life, there's hope,' and somehow that always made me feel better." - Tenley Albright, 1973

The son of Paul and Amelia (Elsing) Frick, Willie Paul Frick was born June 23, 1896 in Berlin, Germany. Primary sources glean little information about his youth or when and where he started skating. He never medalled at the German Championships or competed in a major international competition prior to the Great War but instead turned professional, navigating the obvious challenges of international travel during wartime as a mere teenager to teach skaters in London, Berlin, Leningrad, Warsaw, Paris and Brussels. Short in stature but overwhelming in his talent, he reportedly earned the nickname 'The Boy Wonder Of Berlin'. 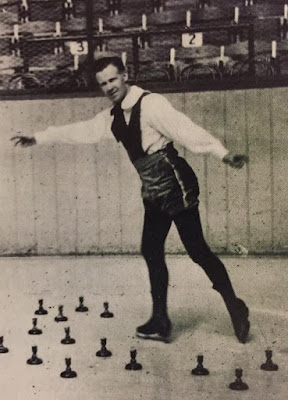 Following in the footsteps of Charlotte Oelschlägel, Willie emigrated to America in 1920 and joined the cast of Charles Dillingham's productions at The Hippodrome in New York City. It was there he met Cathleen Pope, a pairs skater in the show. Willie and Cathleen had much in common. They were the same age, both loved skating and Cathleen's father was an Austrian immigrant, so she knew first Willie's challenges of moving to a new country.

Hired as instructors by The Skating Club Of Boston, Willie and Cathleen relocated to Waltham, Massachusetts and took up residence in a small home on Lexington Street. Unlike many coaches who rink-hopped, the Frick's remained loyal to the Boston club for over forty years. He also taught at the Cambridge Skating Club.


Early in Willie's coaching career, he was a much sought after performer in carnivals throughout the Eastern Seaboard. He gave pairs and ice dancing exhibitions with his wife, performed comedy skits with Edwina Earle and dazzled crowds with his signature number, where the arena's lights were lowered and he performed special figures around a design of lit candles! In 1927, he appeared on artificial ice at the Palace Theater in Worcester, skating a quartet with his wife, Bobby Hearn and Harry Fleming. They were known as The Hippodrome Skaters. 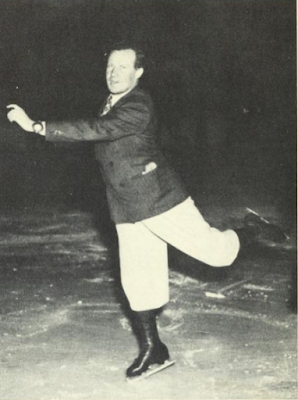 A list of skaters who studied under Willie Frick reads like a who's who of American figure skating in the twenties, thirties, forties and fifties: Maribel Vinson Owen, Tenley Albright, Theresa Weld Blanchard and Nathaniel Niles, Joan Tozzer and Bernard Fox, Thornton Coolidge, Roger Turner, Sherwin Badger, Grace and James Madden, George Hill, Ted Goodridge, Polly Blodgett, Suzanne Davis, Gretchen Merrill and Dorothy Glazier and Lyman Wakefield Jr. were just a few of his many talented students. Willie acted as the coach of the 1932 Olympic team in Lake Placid, an area he'd return to frequently to coach in the summers.

When Maribel Vinson Owen decided to give up defense of her U.S. women's and pairs titles to train abroad for a year, Willie supported her wholeheartedly. He not only encouraged her, he joined her in England for a time, having passed all of the National Skating Association's tests himself during a 1933 visit. Having studied figures under the great Bernard Adams, Willie later developed what Maribel termed as the 'Frick-Adams method' of skating the rocker. He was also credited by Maribel with several other innovations - the spread eagle/Axel/spread eagle, foot-in-hand Jackson Haines spin and the Frick Spin - a sit spin where skater holds on to free foot with either one or both hands. These spins were of course precursors to the modern cannonball spin. 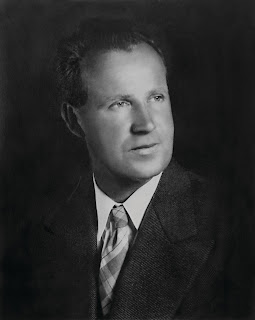 When the Professional Skaters Guild - a precursor to the modern Professional Skaters Association - was founded in the thirties, Willie served as the Association's first Vice-President. He later acted as chair of the Arbitration and Integrity Committee. He registered for the draft in 1942 but was never called upon to go overseas. On his twenty-fifth anniversary with The Skating Club Of Boston in 1946, he was given an honorary membership.

Throughout Willie's life, he was constantly confused with Mr. Frick - Werner Groebli - one half of the famous Swiss comic skating duo Frick and Frack. If you believed the local rumour mill, Cathleen and Willie Frick's home was where Frick and Frack lived.

Sadly, Willie passed away on July 29, 1964 at Waltham Hospital after a long illness, just three years after his star pupil Maribel Vinson Owen. He was inducted posthumously to the World Figure Skating Hall Of Fame in 1981, becoming the first German born coach to earn that distinction. Had it not been for his efforts, Boston may never have become the skating powerhouse it did.

Skate Guard is a blog dedicated to preserving the rich, colourful and fascinating history of figure skating and archives hundreds of compelling features and interviews in a searchable format for readers worldwide. Though there never has been nor will there be a charge for access to these resources, you taking the time to 'like' on the blog's Facebook page at http://www.facebook.com/SkateGuard would be so very much appreciated. Already 'liking'? Consider sharing this feature for others via social media. It would make all the difference in the blog reaching a wider audience. Have a question or comment regarding anything you have read here or have a suggestion for a topic related to figure skating history you would like to see covered? I'd love to hear from you! Learn the many ways you can reach out at http://skateguard1.blogspot.ca/p/contact.html.
Posted by Skate Guard Blog at January 22, 2019
Email ThisBlogThis!Share to TwitterShare to FacebookShare to Pinterest
Newer Post Older Post Home