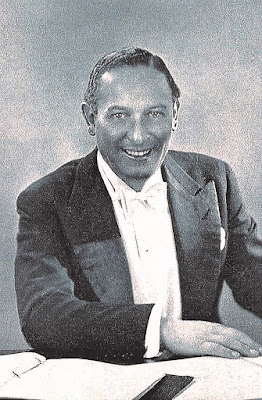 The son of Jack and Esther (Izaner) Arian, Walter Arian was born November 5, 1906 in Vienna, Austria. The details of his early life are hazy at best, but we do know that at some point his family emigrated to Great Britain. It was there that Walter took up figure skating... and soon began instructing others at the Ice Club, Westminster. He earned the Austrian Skating Association's Gold Medal, as well as the National Skating Association's Gold Medal and Second Class Instructor's Certificate. In 1932, he entered an open professional competition organized by the National Skating Association, placing second to Howard Nicholson, the coach of Sonja Henie. The following year, he placed third behind Nicholson and Jacques Gerschwiler. With those credentials under his belt, the five foot seven skating instructor with brown hair and blue eyes decided to make a major change. 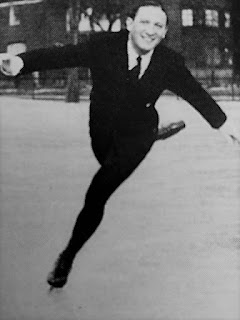 In 1934, Walter emigrated to Canada aboard the Empress Of Britain and took a job teaching at the Toronto Skating Club. Two years later, he became a naturalized Canadian citizen. During the thirties, Walter taught a who's who of Canadian figure skating, including Constance and Bud Wilson, Norah McCarthy, Ralph McCreath and Osborne Colson. However, his most important contribution to skating during this period were his efforts to revitalize the Toronto and Lake Placid carnivals. To step things up a notch, Walter brought in Boris Volkoff, a charismatic ballet master from Russia who trained under Mikhail Mordkin and danced with Anna Pavlova in the Ballets Russes in Paris. 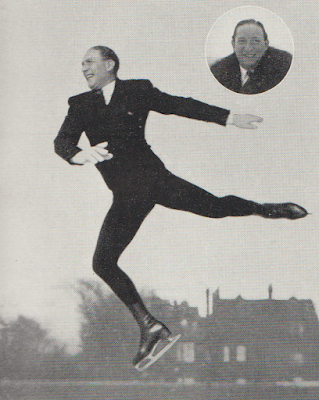 1937 was one of Walter's busiest years. He married Edna Lynn Schaefer, a choreographer and former showgirl who originally hailed from Kansas City, Missouri. He also took over as head professional in Lake Placid briefly while Gustave Lussi was touring with an ice show and skated in Harry P. Harrison's Winterland show at the Great Lakes Exposition in Cleveland, Ohio alongside Maribel Vinson Owen, Evelyn Chandler, Bruce Mapes and Frances Claudet. 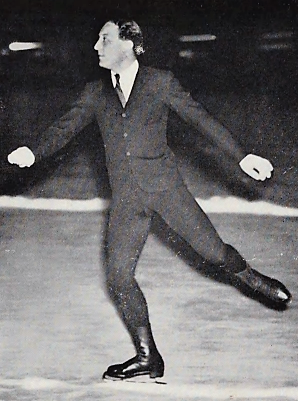 Though Toronto skaters had a long history of competitive success, Walter built greatly upon the efforts of his predecessor Gustave Lussi. A report from "Skating" magazine in 1938 noted, "He has a very sound knowledge of both school figures and free skating and has been a regular inspiration to our Juniors. Last year in the Canadian Championships his pupils won six out of eight possible titles. Training carnival courts is also one of Arian's strong points; last year he trained 'Garden Fantasy' comprising 200 juniors, was co-trainer of three other courts, and with his wife (who was a 'Gae Foster Girl' at the Roxy in New York) he originated and trained 'Sophisticated Rhythm' which was one of the snappiest numbers in our carnival and which was repeated this summer at Lake Placid." 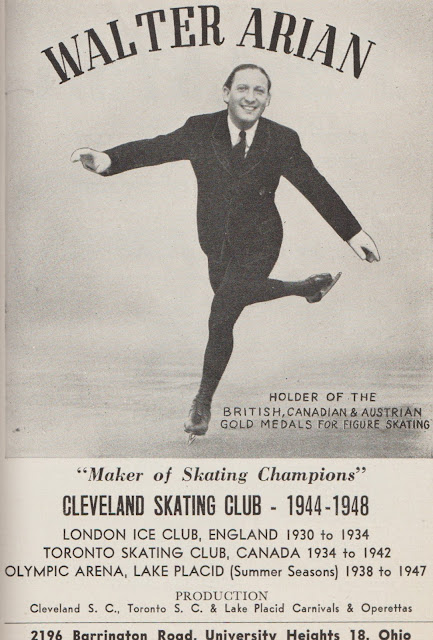 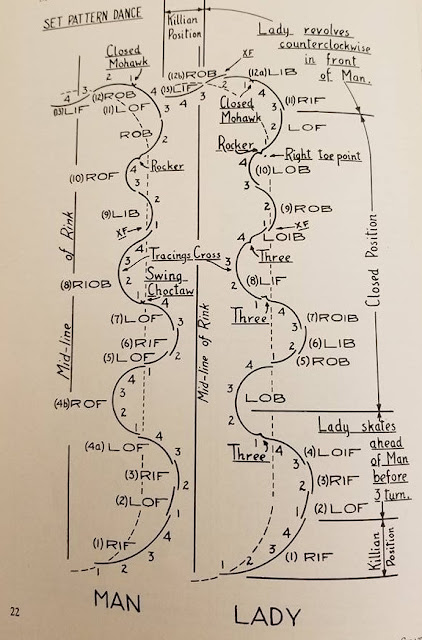 An innovator in every sense, Walter invented a compulsory dance in 1942 - the Canadian Tango. Although the dance never ultimately 'caught on', it enjoyed a brief period of popularity. In the forties, he taught at the Cleveland Skating Club. Among his many students were a young David and Hayes Alan Jenkins. He became a naturalized U.S. citizen in 1948. In January of 1953, he travelled to Toronto to organize the funeral of his sister. While there, he tragically passed away on January 16, 1953 of a heart attack. He was only forty six.

Posted by Skate Guard Blog at July 02, 2019
Email ThisBlogThis!Share to TwitterShare to FacebookShare to Pinterest
Newer Post Older Post Home
"As a rule an author has one or two popular ways of contrasting the past with the present. He can treat the past as lying in comparative doleful ignorance, or he can explain that the past was infinitely superior to the day we live in. Of course, either method is the popular journalism of the moment, and in reality there is no sharp contrast, but a gradual transition which leads the past into the present." - Joel B. Liberman, Skating Club Of New York