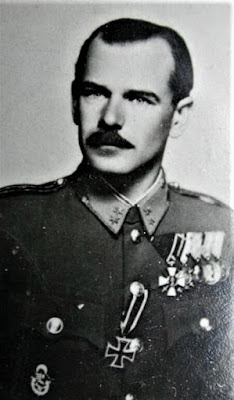 The son of Dénes and Margit (Vigh) Pataky, Dénes Dezso 'Dinko' Pataky was born on June 30, 1916 in Budapest, Hungary. His parents were Roman Catholics and his father had a doctorate and worked for the government. The month he was born, the Brusilov Offensive of Soviet forces against Central Powers on the Eastern Front started. When it ended later that year, over two hundred thousand of Austria-Hungary's soldiers had perished. The aftermath of the Great War led to a Communist revolution, counterrevolution, monarchy and depression in Hungary. In this less than idyllic backdrop, he began his own fight on the ice of the Városligeti Műjégpálya when he was around four years old.

Largely self-taught as a figure skater, Dénes first gained recognition in 1931, when he won the junior men's title at the Hungarian Championships at the age of fourteen. The following year, he won the free skating competition in the senior class, but finished only third overall because of a poor showing in the school figures. He was particularly known for his excellent spread eagle and sit spin and the skaters at the Városligeti Műjégpálya often had informal contests to see if they could go lower in the sit spin than him.

In 1933, Dénes figures improved significantly enough that he was able to claim his first of four senior national titles. His friendly rivalry with Elemér Terták, who would go on to become an ISU official in later years, was of great interest to Hungarian skating fans in the early thirties. 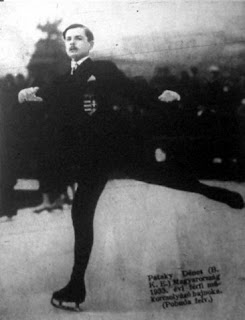 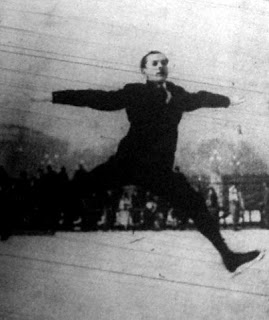 At five foot six with brown hair and blue eyes, Dénes was a compact skater with strong mastery of his edges. In 1934, he claimed the silver medal behind Karl Schäfer at the European Championships in Seefeld, Austria. At the World Championships that followed, he placed a creditable fifth. The Hungarian judge placed him first in the free skating; the Austrian judge seventh. The following year, he won the bronze medal at the World Championships, tying in ordinals with the runner-up Jackie Dunn, but losing the silver on points. In his only Olympic appearance in Nazi Germany in 1936, nineteen year old Dénes tumbled and finished a disastrous ninth. Despite this, he was called to Adolf Hitler's box. When his name had been announced, it was mentioned that he was in the military and the Führer, impressed by this, gave him a dagger engraved with a swastika as a gift. In Paris in his final appearance at the World Championships, he moved up to sixth.

In the height of Dénes' competitive career, he attended the Royal Hungarian Ludovica Defense Academy and served as a member of the Royal Hungarian Defense Forces. It was his military service that undoubtedly effected his results in his final season as a competitor. In a December 2019 interview, his daughter Anna Pataky recalled, "He was bitterly disappointed and in fact embarrassed by his result in the Olympics. By that time he was in the Army. He was apparently told he was going to go represent the country in the Olympics. He had virtually no time to practice and hadn't had his skates on a long time. He told me he fell and he was very embarrassed. He had never done that in competition before."

When World War II broke out, he joined the Royal Hungarian Army. Rising from the ranks from officer to Captain of an armoured car unit, he earned an iron cross and the prestigious Order of Vitéz for his "bravery during the Resistance" in the Siege of Budapest. His combat unit also saw action in what is now Slovakia and Russia, where he was captured, escaped and was seriously wounded in the leg. Anna Pataky recalled, "Being a skater, it was really a tragic idea that he might lose his leg. They wanted to amputate but he was able to be returned to Budapest from Russia to be operated on. He had shrapnel in his leg. Some of it came out when I was a girl of about eight or nine and he showed it to us."

In the chaos near the end of World War II, Dénes married Anna Maria Terezia Csepreghy. The newlyweds, along with their two young young children and Anna Maria's parents and sister, became refugees in 1945. Anna Pataky remembered, "The Russians were coming into Budapest and if they found officers, they shot them immediately. They did that to someone who was a neighbour, just down the street from where my father's house was, so had he stayed there he would have been shot. They also burnt his house to the ground when they found he had been an officer, so we had to depart very hastily with almost nothing. He did wrap up a few of his skating trophies and took them with him." 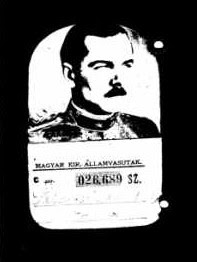 Dénes and his family ended up back in Garmisch-Partenkirchen - the site of his Olympic disappointment - where he found work entertaining American troops in the ice shows at the Casa Carioca nightclub. Having never skated a comedic number before, he teamed up with another man to skate a clown act on ice full of balance and seesaw moves that had audiences in stitches. He was literally skating for his supper. Had it not been for the Casa Carioca shows, his family would have starved.

Eventually, Dénes and his family ventured through war-torn Germany to Southampton and boarded the Cunard liner Scythia which transported refugees to Canada. Like so many other European families displaced after World War II, their decision to emigrate was both brave and difficult. Anna Pataky recalled, "My mother and her parents and her sister had been to Canada following the first World War because times were so difficult for them in Hungary at the time. They set out for the new world and headed west to Saskatchewan and they were on a farm there. The Depression was on and there was a drought and the crops failed. Because the crops failed, they couldn't pay their mortgage and they were deported to Hungary. When the time came for them to leave Hungary and Germany eventually, I guess Canada was the only place any of them knew anything about, so I think my mother and her parents decided 'Why don't we all go to Canada?' and that's what happened. They applied to go." Upon Dénes' arrival in Canada in October of 1949, he told a reporter from the "Winnipeg Free Press" that it "felt good to laugh again." 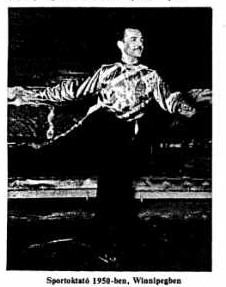 Initially, Dénes taught at the Winnipeg Winter Club and performed his comedy skating act in several carnivals in the Prairies. He moved to Toronto in 1951 but quickly learned that in Ontario in the fifties, performing as a professional skater wasn't going to pay the bills. Anna Pataky remembered, "He did various jobs. He was a cab driver, a waiter in a restaurant, a night watchman at the Plaza Hotel and eventually he taught skating at the Weston Figure Skating Club. He later taught at the Lambton, Forest Hill and Cedarvale Clubs and Lakeshore Figure Skating Club in the summertime. His friend Mrs. [Ellen] Burka was teaching the Toronto Cricket Skating and Curling Club and she also taught with him at Lakeshore. I skated with her daughter Petra, who became World Champion, several summers at the Lakeshore Club so got to know her a little bit."

Sadly, Dénes passed away on April 7, 1987 of lymphoma, just two months shy of his seventy first birthday. In the entrance way to the Városligeti Műjégpálya from the dressing rooms, there's a concrete archway facade that lists his name among Hungary's top figure skaters. Anna Pataky lovingly remembered her father thusly: "He was a very disciplined person because of his skating and the fact he was an officer in the Hungarian army. Having lost everything including his homeland in the War, you'd think he'd be totally defeated. Having a young family to look after and not speaking the language... He never let that discourage him. His goal always was, because he lost everything at one time, to leave something for his children. He was determined he was at least going to have a house that was paid for. He was a hero in his skating, military career and for his family."

Skate Guard is a blog dedicated to preserving the rich, colourful and fascinating history of figure skating and archives hundreds of compelling features and interviews in a searchable format for readers worldwide. Though there never has been nor will there be a charge for access to these resources, you taking the time to 'like' the blog's Facebook page at http://www.facebook.com/SkateGuard would be so very much appreciated. Already 'liking'? Consider sharing this feature for others via social media. It would make all the difference in the blog reaching a wider audience. Have a question or comment regarding anything you have read here? Have a suggestion for a topic related to figure skating history you would like to see covered? I'd love to hear from you! Learn the many ways you can reach out at http://skateguard1.blogspot.ca/p/contact.html.
Posted by Skate Guard Blog at January 28, 2020
Email ThisBlogThis!Share to TwitterShare to FacebookShare to Pinterest
Newer Post Older Post Home