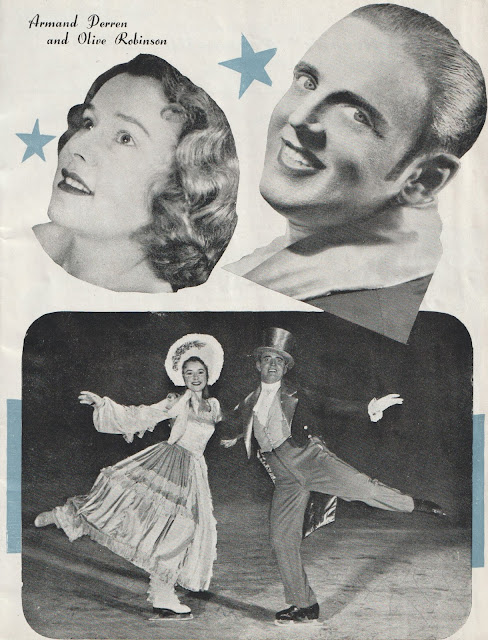 Born March 21, 1903 in the small municipality of Zermatt, Switzerland at the foot of the Matterhorn, Armand Hermann Perren began skating when he was four years old. "With my father, skating was his recreation," he explained in a September 13, 1953 "Sunday Mail" interview. "On a Sunday, after Mass, always the same - he goes skating. And what was there to do with Armand but take him too? And so it began."

Armand turned professional at the age of sixteen by what he referred to as "an accident". He had been training at a Swiss hotel's rink when the resident instructor broke his leg and asked him to take on some of his duties. He was thrilled with the extra pocket money and completely naive to the fact that the favour he did for his instructor disqualified him from participating in amateur figure skating competitions in the future.

At the time, skating was about number five on Armand's list of pursuits. A talented Swiss guide, he claimed to have climbed the Matterhorn over one hundred and forty times and to be "the only man in the world to climb the Matterhorn twice in one day". He also excelled in tennis, narrowly losing a selection for the Davis Cup. In addition to hockey, skiing and cooking, Perren also excelled at Greco-Roman wrestling. It wasn't until he was twenty eight that Perren seriously pursued figure skating as a career. 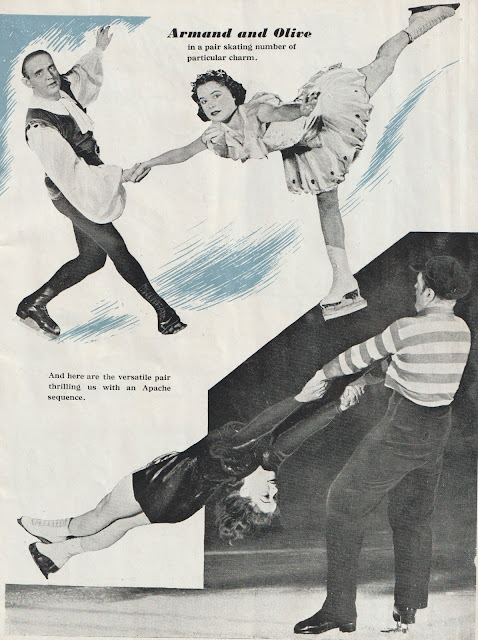 A contemporary of Jacques and Arnold Gerschwiler, Armand taught skating in Switzerland, France and Great Britain. Prior to and during World War II, he worked with Andrée (Joly) and Pierre Brunet, Jeannette Altwegg and future King Gustaf VI Adolf of Sweden. To supplement his income from giving lessons, he regularly appeared in ice shows. In 1937, he skated in Claude Langdon's ice pantomime "Marina" at Brighton with Red McCarthy, Erna Charlotte and The Three Bruises and "St. Moritz" at The London Coliseum as part of 'The Original Cossack Trio' with Emmie Boyd and Leonard Stewart. 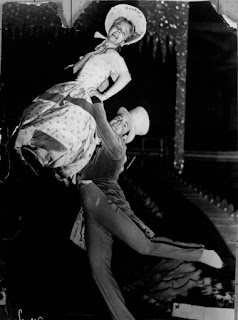 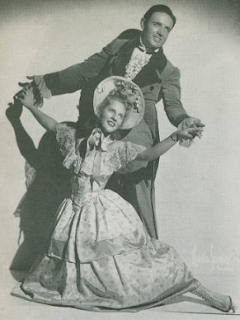 Two years later, Armand skated pairs with St. Moritz's Hanny Egli and doubled as the skating director for Empress Hall, Earl's Court and Arthur M. Wirtz's All Star European Revue "Hello America!" tour. He later skated pairs with Olive Robinson in several of Tom Arnold's ice pantomimes. After appearing in the show "Ice Follies" - not to be confused with the North American tour - with Raymonde du Bief, he performed in "La Féerie de la Glace" at the A.B.C. Theatre in Brussels, Belgium before going on the road with the Internationale Eis Revue, touring throughout Europe. 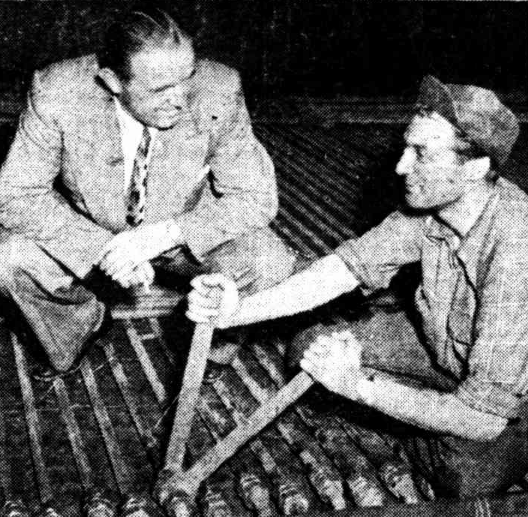 Armand Perren and Pierre Franchine preparing for a Tivoli show

In the late forties, Armand created his own show company which opened in Switzerland and later toured Belgium and Italy. He headed to Australia in 1950, where he directed a string of J.C. Williamson productions on The Tivoli Circuit. 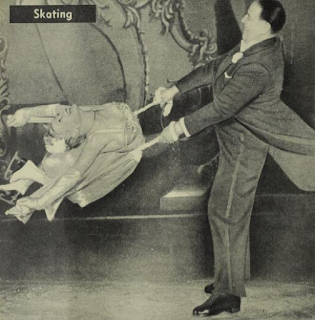 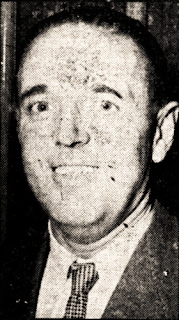 Armand skated in some of these earlier Tivoli shows with Hungarian Champion Marika Saáry but ultimately stepped away from performing to focus on the direction and production. His efforts in Australia were at times in rocky. He contended with everything from mixed reviews to ice problems and in 1955, eighteen of the twenty two skaters in his "Rose Marie On Ice" show quit en masse over a wage dispute, only to be later rehired out of desperation. In the mid fifties, he was affiliated with a group which planned to build a giant, world-class rink in Brisbane, but it never materialized. 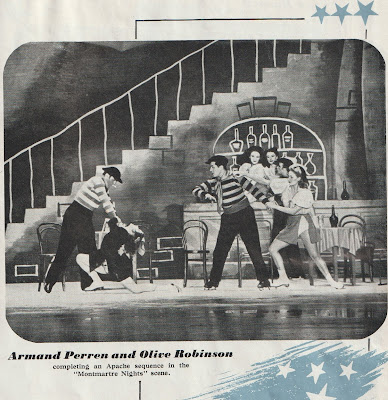 After a stint teaching skating in Johannesburg, South Africa, Armand returned to England in the sixties. He taught at Solihull Ice Rink in Altrincham, the Silver Blades Ice Rink in Streatham and the Birmingham Ice Rink. Among his students were Hywel Evans, Sally-Anne Stapleford, Carol Ann Warner, Vera Jeffery and Peter Webb and a young Lorna Brown and John Curry. 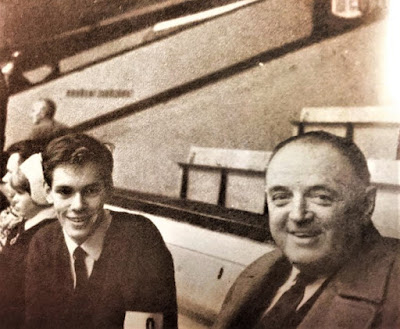 Armand had quite a reputation for the time he spent at the horse tracks. He once claimed to have won thirty eight thousand pounds at a three-day meet in Goodwood, Sussex and while living in Australia, he owned several horses of his own. Bill Jones' book  "Alone: The Triumph And Tragedy Of John Curry" noted, "By the mid-1960's Perren's once sparkling career was in reverse, and his behaviour was becoming eccentric. For lessons he wore a dark double-breasted suit and tie, and if a pupil arrived two minutes late he would walk from the rink and not return. As one contemporary described him: 'He always had snots out of his nose. He sometimes didn't come in because he was drunk and he went to the races all the time and lost his money.'" John Curry and Armand's professional relationship ended unhappily after less than a year and the former Swiss guide's star continued to dwindle. He passed away in 1982, all but forgotten.

Skate Guard is a blog dedicated to preserlving the rich, colourful and fascinating history of figure skating and archives hundreds of compelling features and interviews in a searchable format for readers worldwide. Though there never has been nor will there be a charge for access to these resources, you taking the time to 'like' on the blog's Facebook page at http://www.facebook.com/SkateGuard would be so very much appreciated. Already 'liking'? Consider sharing this feature for others via social media. It would make all the difference in the blog reaching a wider audience. Have a question or comment regarding anything you have read here or have a suggestion for a topic related to figure skating history you would like to see covered? I'd love to hear from you! Learn the many ways you can reach out at http://skateguard1.blogspot.ca/p/contact.html.
Posted by Skate Guard Blog at May 19, 2020
Email ThisBlogThis!Share to TwitterShare to FacebookShare to Pinterest
Newer Post Older Post Home