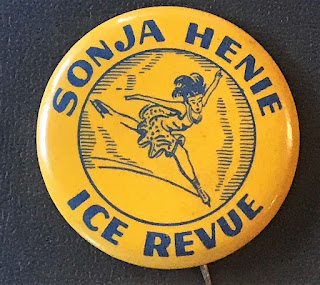 In between filming of the Twentieth-Century Fox picture "Happy Landing" and a ceremony in Washington, D.C. where Sonja Henie was made a member of the Order Of St. Olav at the Norwegian Legation, Norway's darling of the silver screen set out on the road with her first of many Hollywood Ice Revues. It was early on during this tour that the powers that be at Twentieth-Century Fox concocted The Sonja Henie Junior Olympics Club as a publicity stunt to tie into early promotional campaigns for her fourth major motion picture, "My Lucky Star".

Young attendees at the Hollywood Ice Revue were each handed a folder entitled "Sonja Henie's Advice To Boys And Girls About Skating". The folders contained descriptions of Pleasure, Figure and Speed Skating as well as Hockey, offered advice for beginners and shared a brief summary of Sonja's rise to stardom. The folders concluded with the note: "Sonja Henie invites you to join her Junior Olympics Club." Membership cost nothing. All the young would-be skaters had to do was mail off a postcard with their name, address and birth date to a post-office box in Hollywood in return for a membership button, a 'personal' birthday card from Sonja and folders about other sports. In her book "Wings On My Feet", Sonja remarked, "The members were, and are, all children, all of whom I hope will remain faithful to skating and grow to love it very much, as I have. What advice I have been able to give them has been very little compared to what I wish I might give, and I hope no one doubts the sincerity of my interest in this boost for the sport I have built my life on." 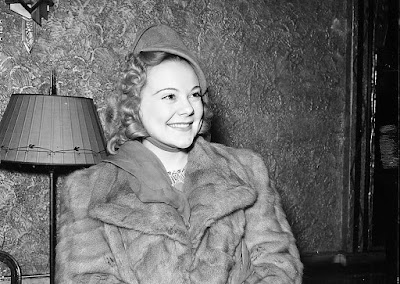 In reality, Sonja was perhaps far less enthusiastic about her Junior Olympics Club than she let on. The August 1938-January 1939 issue of "Motion Picture" magazine noted, "The idea was all right with Sonja until she got the printing bill. She frowned on a re-order. Then the mail started coming in to a Hollywood post-office box. It was phenomenal. An office might have been opened to handle it all; but an office wasn't. The buttons and cards and other folders were enough expense. In time all the post-cards were answered. But no more were encouraged. At the present moment, the Sonja Henie Junior Olympics Club - a great idea - seems to be slowly dying for lack of her getting behind it financially."

By the time Sonja had sold out Madison Square Garden in 1938, fifteen thousand young people had already signed up for the Junior Olympics Club and it quickly became apparent Sonja - and her secretary Dorothy Stevens - had signed up for more than they bargained for. Raymond Strait's book "Queen Of Ice, Queen Of Shadows" recalled, "Originally, Sonja had paid the postage for the mailings, but when she found out it was costing ten thousand dollars a year to maintain the club, she tried to get the studio to foot the bill. When they didn't, she abandoned the project... Sonja could have deducted from her taxable income through charitable gifts and publicity promotions many thousands of dollars that otherwise went to the government for income taxes, but she didn't. The government took. Charities politely asked. It was no contest." 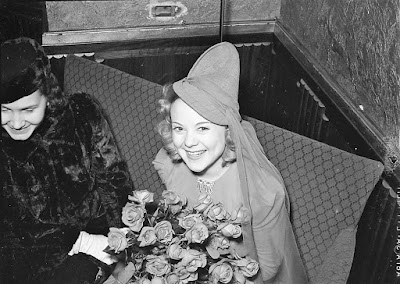 Publicity stunt or not, The Sonja Henie Junior Olympics Club got thousands of young Americans on the ice just prior to World War II... and some of them no doubt went on to follow in her footsteps and join ice revues themselves in the years that followed.

Skate Guard is a blog dedicated to preserving the rich, colourful and fascinating history of figure skating and archives hundreds of compelling features and interviews in a searchable format for readers worldwide. Though there never has been nor will there be a charge for access to these resources, you taking the time to 'like' on the blog's Facebook page at http://www.facebook.com/SkateGuard would be so very much appreciated. Already 'liking'? Consider sharing this feature for others via social media. It would make all the difference in the blog reaching a wider audience. Have a question or comment regarding anything you have read here or have a suggestion for a topic related to figure skating history you would like to see covered? I'd love to hear from you! Learn the many ways you can reach out at http://skateguard1.blogspot.ca/p/contact.html.
Posted by Skate Guard Blog at December 03, 2020
Email ThisBlogThis!Share to TwitterShare to FacebookShare to Pinterest
Newer Post Older Post Home