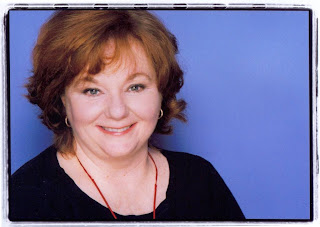 An experienced skating commentator, CBC's PJ Kwong has been a television skating commentator since 1999 and worked as a PA announcer at countless Winter Olympic Games. She is a writer an author, a mother and figure skating expert! She has 25+ years experience as a coach with Skate Canada and has traveled the world helping figure skaters and fans alike better understand a complex sport that is constantly changing and evolving. It was my pleasure to have a chance to "interview the interviewer" and find out more about her opinions and experiences in the sport!

Q: How did you first become interested and involved in the sport?

A: I was a young and very shy child (believe it or not!) and my parents thought that every Canadian kid should know how to skate with the bonus of hopefully bringing me out of my shell. I loved it from the very first time!

Q: You are incredibly knowledgeable about the sport, and in particular Canadian skating. Who are your favourite Canadian skaters of all time and what kind of positive developments have you seen in Canada's National Team in recent years?

A: Thank you for the compliment! I think that the late Barbara Ann Scott is probably my favourite Canadian skater of all-time. In her day it wasn’t only about being an elite athlete you had to be an extraordinarily glamorous, articulate and gracious person as well. I am fascinated by that fact. Having interviewed her for my book I was impressed by her accomplishments of course, her ideas of serving her country first and her overall humility. She was truly a person who embodied grace under pressure. I think that Canadian skaters, in particular the men, have been responsible for many ‘firsts’ in the sport which has given Canada a bit of a bar to meet in competition.  At the end of the day, the global figure skating community has gotten a lot smaller with more and more skaters looking to achieve the same thing and looking for quality coaching and choreography wherever they can find it.  I think if you were to average results over time, Canada is one of a number of countries who is able to produce solid figure skaters across the board on a fairly consistent basis – but Canada isn’t alone.


Q: As a skating commentator, I can only imagine how difficult it must be to keep your personal opinions out of your commentary and not showing national basis or your own preference or deference to certain skaters. Is remaining objective difficult?

A: As I see it – I am paid to have personal but informed opinions and to share them.   My opinions are based on what I think and even more on what I know given my longevity in the sport.  I have seen enough skating to be objective about a performance. There are some skaters whose work I consistently like: Virtue and Moir for example who are Canadians and others like Volosozhar and Trankov and Ashley Wagner who are not.  I am consistent in my opinions and try to give the skaters a fair shake. I have been told by skaters that my honesty is respected and appreciated and that is a lovely compliment. I always try and carefully choose my words so that even if I have had to say I don’t like a performance, I can still see and speak to a skater backstage after the fact. My goal is to honor the work that the skaters, coaches, choreographers, parents and anybody else has done along the way… My idea is that a bad skate doesn’t necessarily mean a bad skater.

Q: What is RIGHT and what is WRONG with the sport right now?

A: What is RIGHT about the sport is what has always been right about the sport – the skating and the skaters. What is WRONG about the sport is the lack of willingness of some to inform themselves correctly about how the sport is scored.  The misinformation is still rampant. The scoring system isn’t that complicated. That said there are aspects that still have to be tweaked and things to be looked at – same sport – different generation. <lol>

Q: Do you think the ISU is in need of change? How can this be accomplished?

A: I don’t know what or how or why you would change?  Every sport has a governing body and the ISU is ours.  It is as strong or as weak as the members in it.

Q: Who are the most compelling and interesting skaters out there right now? Who excites you?

A: There are a ton!  I am so happy that Denis Ten rose to the challenge at Worlds – I have had my eye on him for a long time as a man who could be competitive. I think that Carolina Kostner’s ability to use the rink as a stage is very compelling. I like the athleticism of the Americans Ashley Wagner and Gracie Gold. I think that Volosozhar and Trankov represent pair perfection for me and I love how Virtue and Moir have continued to push the boundaries artistically.  I am fascinated by the depth of talent with the Japanese men and women and the young Russian women.   On a sentimental note – it was lovely to see both Yu-Na Kim and Mao Asada at Worlds as competitive as they were.  I am interested every year in seeing who’s doing something new and different and which young skaters are making their mark. For me – there is always a ton to watch and be excited about.

Q: How do you see Canada's medal hopes at the Sochi Olympics? What do you think it will take to win in Sochi?

A: I think that Canada will be sending their strongest team ever to the Olympics. I think in order to compete and win in Sochi – a skater has to stay 100% healthy for the next 10 months not to mention focused and determined.  It doesn't really matter what happened this season – the Olympics has a way of handing out surprises!

Q: If you could interview any ONE skater you haven't yet, who would it be and why?

A: Ekaterina Gordeeva. I admire what she did as a skater but not as much as what she had to do as a woman with a baby and a husband who died suddenly. I will always remember seeing the show on TV where she first skated on her own and being transported to tears by the raw vulnerability of that performance. I think that hers is a very human story that is compelling and interesting on many levels.

Q: What has been your funniest experience in the figure skating world?

A: As a PA announcer – for some bizarre reason during the 1996 season I kept saying Ca-na-na-da. I cannot explain why but it was like a mental block. I remember my mother and my best friend sitting across the rink from me at Worlds in 1996 when I announced somebody from Ca-Na-Na-Da and from the corner of my eye – I could see them sliding down their seats laughing ---- nice support eh? <lol>

Q: What do you see in the future of the sport? Say, 10 years from now?

A: I don’t know how to answer that except to say I will be fascinated to see who emerges as superstars and if we see the first Quint or some other milestone achieved.