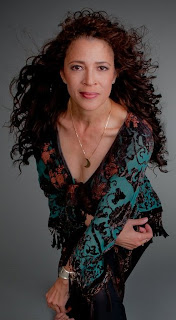 Tai Babilonia and Randy Gardner are undoubtedly one of the first teams that come to most people's minds when thinking of legendary figure skating pairs teams. With a fabulous and complex mixture of art, athleticism and entertainment, they comprised a team of complex chemistry and just had that "it" factor on the ice. Fresh off the 2013 World Figure Skating Championships and my first interview with a World Champion - Randy Gardner - it is my utmost pleasure to present to the interview with my second, who just happens to be Tai Babilonia! A World Champion, U.S. Champion, Olympian, World Professional Champion and really sweet person - I sincerely hope you'll enjoy this interview! I most certainly did:

Q: You won five consecutive U.S. national titles and after 2 bronze medals, won the World Championships in 1979. What is your favourite memory from your competition days? The toughest challenge?

A: Well, I have a few. I would say of course winning the World Championships in '79. We had one of those out of body experiences and after that performance the hug from Randy and my coach are something i will cherish forever. Being a two time Olympian (1976 and 1980) is also a very cool accomplishment. The toughest challenge was the training on and off the ice, especially before the Olympics in Lake Placid in 1980. There were quite a few distractions and I must thank and compliment our coach Mr. Nicks for protecting us from a lot of the Hollywood vultures who were at that time knocking on "the Tai and Randy door". He was brilliant and knew how to pick and choose the publicity that what was best for us at the time.

A: We both loved those pro competitions. So much fun and financially rewarding! Thank you to Dick Button for those awesome opportunities. Selling out the Capitol Center in Landover, Maryland every year... there is no way that would happen these days.

Q: What were your favourite programs you ever skated?

A: Sarah Kawahara choreographed "On Golden Pond" for us and it was absolutely beautiful. Randy choreographed "Love" sung by Kenny Loggins. I really loved that program. I think what made it special was that it was Randy's vision and creation. He kept it simple, clean and elegant. With us, less is more. We performed it at a very emotional time in my life in 1996. My father had passed away and I was going through a divorce and was a single parent providing for Scout. My performing that year got me through a very intense period - probably some of my best performances were during that time. Applause is very healing.

A: Mr. Nicks was the boss and it was and still is about RESPECT, that's all.

Q: You battled addiction and won. What kind of advice would give someone fighting addiction?

A: Well, I haven't won my battle. For me it's not a day at a time, it's one second at a time. I choose to share my recovery with everyone - this works best for me. I have no secrets and I like it that way. It's been well documented from the cover story for People magazine to a made for television movie for NBC back in '90. It comes up in every interview i do and it's a huge part of my story. I have learned to embrace it. I recently worked with a very well known musician and he knew about my recovery. His advice to me is now a permanent chip in my brain. He told me to "take care of my sobriety because it is very fragile". Oh, how I love that! And yes, I have incorporated this in a poem. My advice to anyone dealing with addiction is really not advice but just know you are not alone and there is so much help out there if you want it. It's about the honesty! 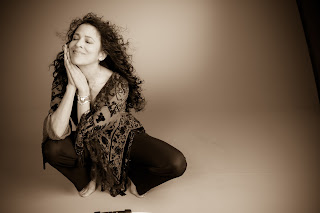 Q: What are your thoughts on U.S. skating today? How have things changed since you competed?

A: By now, most of my friends know my thoughts about where our sport is. It's not positive and believe me, I have tried to find the positive. I can't find it. My fear right this second is for the little skater kids coming up. I honestly see no future for them and that makes me so sad - really sad and mad. Don't get me started because this interview will probably end up being ten pages long! I see a corruptness in skating and no one is saying or doing anything about it. i don't have the power to fix it but as you know, I use my voice as much as I can. I am just trying to help but the egos of some people in U.S. Figure Skating I think take it as a threat. To 'them', I am the past and my opinion does not matter or count anymore. I so appreciate that Randy and I were part of figure skating when it was cool. It seems very uncool now.

Q: What kinds of projects are you involved in these days? Do you and Randy still skate together?

A: My biggest project right now is my book. I just finished working with my ghost writer and now the proposal is being written. It's pretty powerful and I went deep with this one. Once again it's about the honesty. My son Scout has said he would love to write the forward and I can't think of a better person to write it. I hid nothing from him and he is my biggest supporter and cheerleader. I think if there is a project that is really creative and not very time consuming, Randy and I would absolutely do something together, never say never. We will be hosting a fundraiser here at home in Los Angeles called "An Evening On Ice" in July for Tricia and Nick LaRoche. We are really looking forward to this one. For more information on "An Evening On Ice" visit http://www.usathleticfoundation.org/.

Q: Having a connection on the ice and skating TO the music are undoubtedly two of the key elements to good pairs skating. Which pairs teams inspire you?

A: The pair teams that have inspired me are Richard Ewell and Shelly McCladdie and Jojo Starbuck and Ken Shelley. As a young skater, I watched and I learned. They were also coached by Mr. Nicks in the seventies. I'm old school! 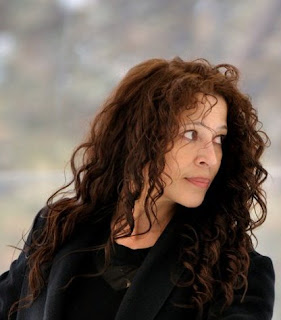 A: That's a tough one. I have so many! Anything by the Beatles and any song from the Motown Sound. "Little Wing" by Jimi Hendrix is number one for sure. I love a lot of Broadway music - the songs "Somewhere" and "One Hand, One Heart" from West Side Story... I also love "Something Wonderful" from The King And I, "Colour My World" from Chicago... too many to name!

Q: The way figure skating is presented to the public has certainly changed, with less television coverage and things like Ice Network, Internet broadcast feeds and YouTube bringing skating to a wider audience over the Internet. Do you think we'll see figure skating return to its "glory days" of media coverage (as in the nineties)?

A: No! But I hope and believe that if the right and honest people are in charge it has a small chance. Here's hoping!

Q: In addition to being a figure skating legend yourself, you have skated with and worked with legend upon legend of the sport. Who is the most interesting person you've worked with?

A: I can't choose one. All of the above and the top of that list legend/icon/friend Mr. Dick Button and Richard Dwyer. 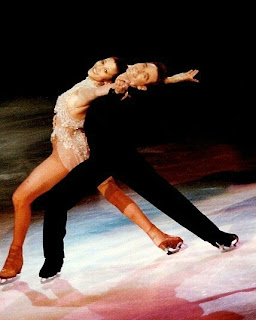 Q:  What motivates you every day and what is the most important thing you've learned in life?

A: (laughing) My son Scout absolutely motivates me and at the same time drives me crazy, I'm motivated by how incredibly lucky I am to have what I had and have now. I am my own motivation. I have learned to never ever take anything for granted. I'm such a lucky girl and I'm so grateful for so many things. My journey continues!

Didn't you just LOVE this interview with Tai? Well, don't just stand there! In order for this blog to reach a wider audience, I could sure use a little help. All you have to do is "LIKE" the blog's Facebook page at http://www.facebook.com/SkateGuard for instant access to all of the new blog articles, features and interviews as they are made available. I also share daily updates and headlines from the skating world, videos and much more that's not here on the blog, so if you love figure skating as much I do, it would really be rude not to get on that inside edge! You can also follow all of the fun along on Twitter at http://twitter.com/SkateGuardBlog.
Posted by Skate Guard Blog at March 19, 2013
Email ThisBlogThis!Share to TwitterShare to FacebookShare to Pinterest
Newer Post Older Post Home