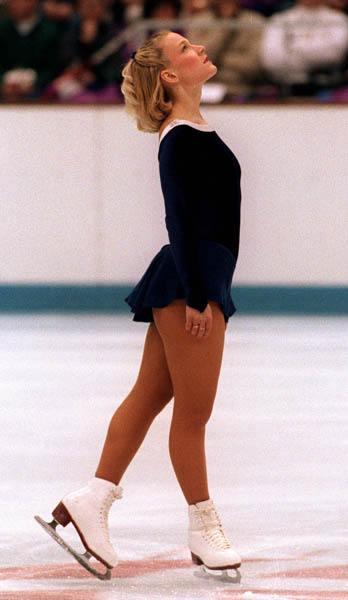 For years, Karen Preston thrilled audiences with her soaring jumps, musicality and thrilling performances. Winning the Canadian National twice (in 1989 and 1992), Karen represented Canada at the 1992 Winter Olympic Games in Albertville, where she delivered two VERY strong performances, finishing in the top ten. She represented Canada three times at the World Championships, finishing 11th, 9th and 7th. After finishing 3rd at the 1994 Canadian National Championships and barely missing the 1994 Lillehammer Olympic team, Karen turned professional. She toured with Disney On Ice as Snow White and competed as a professional, outskating skaters like Surya Bonaly, Elizabeth Manley, Rosalynn Sumners and Tonia Kwiatkowski in professional competition. Now a mother and a much sought after coach, it was my pleasure to have the chance to interview Karen and gain her perspective on the sport and it's major players and find out more about what she is up to now.

Q: Who is the most interesting person in the skating world you have had the chance to work with over the years?

A: It is hard to narrow this down. I was very luck to work with some of the greatest coaches in North America. I must say that my first competitive coach Wally Diestelmeyer was a huge influence, but Osborne Colson was also a major contributor to my career. Finally without Ellen Burka I would not have made the Olympic team, so I guess those are my top three. 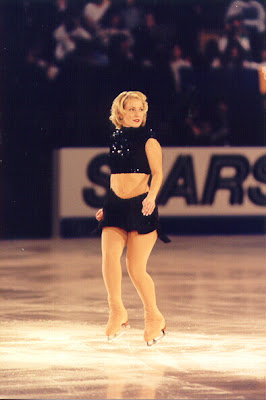 A: To be honest, I was not as involved as I had wished to be. Many of the events were invite only, and run by a sports agency that I was not a client of. I think that in the "golden days", post Kurt Browning, professional events could have been better attended and skating could have had a longer "golden era" if a more diverse group of skaters had been asked to participate. I think that skating took a huge hit in Salt Lake City, and the average TV fan doesn't understand why someone who falls three times wins against someone who stands up. It gets confusing and hard to follow. As for nowadays, it would be great if we had some more events, but it can only happen if there is a huge demand. I feel that demand is presently in Asia, where there are a lot of opportunities.

A: I think Canadian skating is enjoying the rewards of a lot of hard work from coaches, athletes and Skate Canada. I was so proud of our skaters in London this year - mostly of Kaetlyn Osmond. I am so tired of hearing "What is wrong with Canadian women?". Nothing!!! It is a tough sport - you need a go-getter with guts to compete in it. You also need the support of an association and I think Skate Canada under Mike Slipchuk's eye is doing a better job of that. I can tell you that there were times that the CFSA was not supportive of its athletes in the past and it takes a special person to hold their head up and compete hard and WELL without the support of the association. My favourite skater... Canadian skater of all time??? I idolized Brian Orser as kid. I was in awe of Jamie and David in Salt Lake City and thrilled by Tessa and Scott in Vancouver... too many to pick just one. 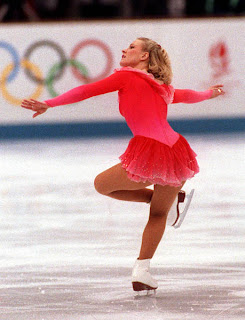 Q: What was your favourite program you ever skated and why?

A: My short program at the 1993 World Championships, because I finally got to be who I really was on the ice. This is followed by my clean long at the 92 Olympics....because it was the jewel in my crown after a lifetime of hard work.


Q: Who do you think will be the next Olympic ladies champion?

A: Most likely Yuna Kim repeats, but I would sure like to see Carolina Kostner give her a run.

Q: Where are you currently coaching and what is your coaching philosophy?

A: I currently coach at the Canadian Ice Academy in Toronto. I had 5 skaters make Nationals this year while attending U of T full time to finish the degree I stopped in 1992 to focus on my own skating. SO, I am very proud of my season. My coaching philosophy: I am at the rink because I love skating, have since I was 5. I tell my kids to focus on the journey: the good and bad. It all makes you who you are. The sport will give back what you put into it. I am also partial to saying "keep calm and carry on, I will tell you if it is EVER time to panic." My job is to get skaters to be the best athlete they can be, enjoy the sport for a lifetime and leave competitive skating with a positive view of their achievements.


Q: What have you learned the most from figure skating?

A: That true courage comes from within, fail to plan and you will fail. Be ready, be organized and love the journey.