Mother's Day: A Tribute To The Amazing Mothers In Figure Skating 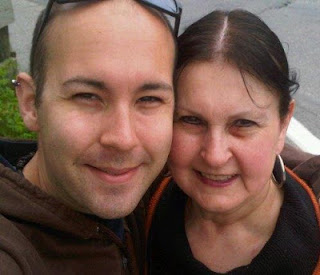 My mother and I

Without the support of mothers worldwide, I don't think figure skating as we know it would even exist. Children wouldn't arrive to Canskate lessons or would run amuck with loose, untied skates and runny noses, which is just gross if you ask me. Music wouldn't get played at rinks and test days, competitions and fundraisers wouldn't be organized. Skaters wouldn't have that person to be their biggest cheerleader when they landed that first axel or that shoulder to cry on when they failed their dutch waltz test or face planted on a spiral in competition.

To this day, my mother is everything to me and she couldn't have been any more supportive of my sister and I when we skated. She served on the executive of our skating club and helped keep it going for years and did everything from play music to organize test days, help encourage skaters entering competitions in our club (which was largely recreational at the time), helped make our club's yearly ice show happen and see that my sister and I were at every competition we qualified for and wanted to go to and on the ice in skates with great coaches and the BEST moral support anyone could ever ask for. I can't even begin to tell you all. And although my mother is the most supportive, amazing person I know, she is not the only amazing mother out there.

Skaters across the world owe the costumes on their backs (literally) to the sacrifices their parents have made to see their children pursue their passion to figure skate. For every mother an Olympic champion out there, there are thousands of mothers who went without summer vacations, new clothes or took out every mortgage and debt they could muster to see their children achieve their dreams at any cost, whether it was to compete in on the pre-juvenile level, learn how to do a sit spin or to pass their bronze dances. The results don't matter in the end, the whole point of it does. Did that child get to figure skate? Did they love what they were doing? Do they have those memories? Did they feel loved and supported through the experience? Was it FUN? Mothers in figure skating have and continue to do anything to see their children pursue what they love and they deserve the happiest Mother's Day's out there.

Whether you're directly involved or simply a lover of the sport, take the time today to wish a mother who is involved in the sport a Happy Mother's Day today. They can't and shouldn't ever hear it enough. 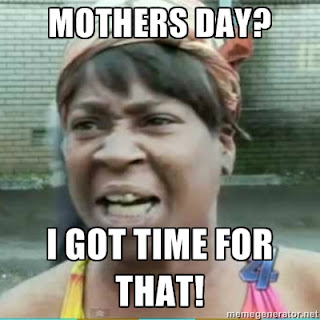 Stay tuned to http://www.facebook.com/SkateGuard and http://skateguard1.blogspot.ca for skater interviews as well as articles, commentary and special features! You can also follow me on the Twitter at http://twitter.com/SkateGuardBlog for skating tweets and whatever else I've got on the go!