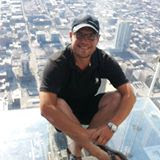 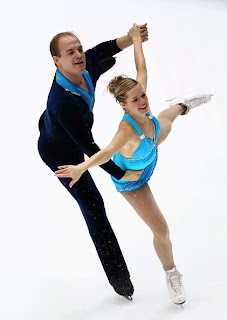 Since February, I have been interviewing skaters, choreographers, coaches, fans, historians and writers connected to figure skating from around the world. This time, I was fortunate enough to have chance to interview a skater from my own backyard! John Mattatall is from right here in Nova Scotia and is one of few skaters from this province to go on to compete on an international scale. Originally from Wallace, John skated competitively here in Nova Scotia for years as a singles skater and with his partner Lindsay Carruthers before going on to compete on the novice level with Renee Trumbley, on the junior and senior level with Terra Findlay and ultimately with Mylène Brodeur. After representing Canada at the Junior World Championships with Findlay, Mylène and John teamed up to form an immensely successful partnership. They won the bronze medal at the 2009 Canadian Championships, and placed in the top ten at the Four Continents Championships (3 times) and the World Championships as well, in addition to very high finishes at events such as Skate Canada, the NHK Trophy and Trophee Eric Bompard. They are also winners of the Ondrej Nepela Memorial competition, held in the Slovak Republic. I had chance to talk to John about his skating career, what he's doing now and skating here in Nova Scotia:

A: I think some of the first memories are the best, but I was so unbelievably fortunate to travel to so many places and with so many unbelievable people: Worlds in Los Angeles in 2009, Nationals in Halifax in 2007 and Junior Worlds in 2004 would have to make up the highlights.

Q: I actually remember seeing you skate at Provincials or Skate Dartmouth or something while skating in the same competitions. Early in your career, did you ever think that you'd be competing at the World Championships? How proud are you of your achievements?

A: I think being from a small community really helped keep me grounded with my skating. It wasn't until I was 16 that I had a taste of national success. This perhaps lit a fire in me but knowing that we had the chance to be 3rd in senior was the first time that success really seemed to be coming true. I had so much support from my friends and family, and the skating community where we were training that these achievements were truly not able to be made by myself. These memories will be with me forever and many of the friends I made I still get to see regularly.

Q: You're from right here in Nova Scotia. What do you think makes Nova Scotia's skating community unique and who are your favourite people you've met through skating here in the province?

A: What makes us unique is how hard we have to work to be recognized outside of our province. Being successful in Nova Scotia is one thing but making that jump to the national level is almost a whole new ball game. All of the skaters that I trained with have moved on to many other paths but again, I still manage to keep in contact with a few of them. The relationships that I've made with judges, officials, and volunteers have been so amazing though. Too many to mention.

Q: Until 2006, you were competing nationally as a singles skater. When and why did you decide to focus on pairs?

A: Honestly, I had made the decision to focus on pairs when I moved to Barrie in the summer of 2001 but kept up the singles to maintain and improve my jumping abilities. Some years were better than others with many great stories about singles training. The only other year that I truly put my focus on singles was in 2006, when my partner Terra and I split in the middle of the summer.

Q: What's one thing skating fans don't see on TV or when watching skating broadcasts online that you think would surprise a lot of people?

A: Not much! I think that Mylene and I portrayed our personalities pretty well when we skated and we trained very much like we competed - rarely perfect but always enjoying every experience. One quote I always remember from a coach was "you guys aren't the best team in the world but you definitely have the most fun and are the most enjoyable to work with".

Q: What kind of music do you listen to and what's your favourite song?

A: I have no favourite songs but I'm a rock kind of guy, I think they only celebrity I'd be starstruck with would be either Eddie Vedder, or the one and only Dave Grohl.

A: Craig and I met one sunny morning at the Hebert arena in St. Leo in June of 2005 and have been great friends ever since. One of my friends even said we perhaps were soul mates, if you believe in that stuff! Yes, we did submit a video and I have only watched 2 episodes of the show since it's premiere, however it's done extremely well. We are hoping that this means there will be another season put forward by CTV and if so definitely expect to see another video from the FIGURE SKATERS.

Q: Since you stopped competing internationally, where are you living, what is your involvement
in the sport now and how often are you on the ice these days?

A: I am pretty much involved in the sport daily, either coaching in Montreal were I spend my summers or in Nova Scotia where I'm attending Dalhousie University working on a Mineral Engineering Degree.
Q: Having competed under both the 6.0 and IJS systems, which do you prefer and do you think the way the sport is judged and promoted now has helped or hurt the skaters and fans of the sport?

A: The IJS system is by far the superior system for the skating community. It has pushed so many boundaries in the sport that just aren't able to be appreciated by the non-skating fans. However the 6.0 system was so much easier to understand for the first time viewer. Unfortunately, it was also much easier to manipulate and this hurt the sport greatly.

Q: Who are your favourite skaters of all time to watch?
A: Kurt is a god and Patrick Chan is probably the most impressive skater of all time. The tag team of Moir and Virtue and Charlie and Meryl rule the dance world and will be very hard to dethrone. Ryan Bradley's a show man beyond belief and I had the fortunate opportunity to train in the same center as Mr. Honda and Elvis. Watching them train daily was pretty unbelievable.

Q: What's one thing about you most people don't know?
A: I come from a talented musical family and grew up playing piano, guitar, drums, and singing in choirs... but don't tell anyone about the choir part!

Q: How do you see figure skating changing (for better or worse) over the next 10-20 years?

A: I think the sport will continue to evolve under the current system however I see a decline. Many clubs in the lower levels hope that more kids will become spark interest in this world of figure skating because the life lessons that it teaches you and the confidence, determination, and pride you can find in skating is incredible.

A wonderful interview with a great skater! Stay tuned to http://www.facebook.com/SkateGuard and http://skateguard1.blogspot.ca for more skater interviews as well as articles, commentary and special features! You can also follow me on the Twitter at http://twitter.com/SkateGuardBlog for skating tweets and whatever else I've got on the go!
Posted by Skate Guard Blog at August 31, 2013
Email ThisBlogThis!Share to TwitterShare to FacebookShare to Pinterest
Newer Post Older Post Home