The Royal Skating Mishap That Could Have Changed History 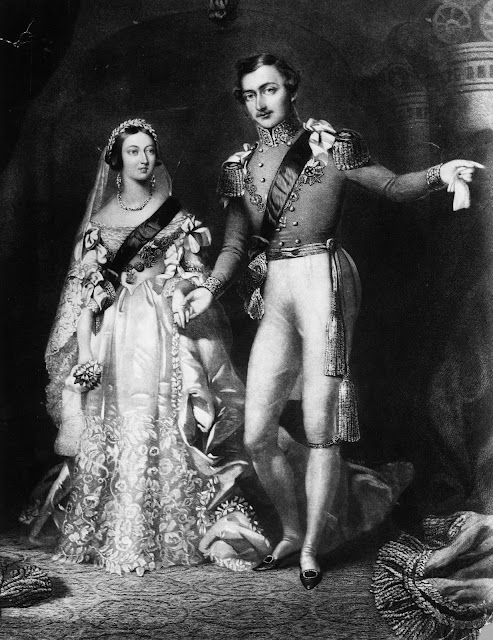 Eleven years after the first skating club in England was formed in London, a misadventure on the ice almost changed the course of history and the succession of the British Monarchy.

German born Prince Albert of Saxe-Coburg and Gotha (Francis Albert Augustus Charles Emmanuel; later The Prince Consort) was the husband of Queen Victoria of the United Kingdom of Great Britain and Ireland and was a keen skater. In early 1841, Queen Victoria commissioned Wilson Skates to make a pair of skates for her and Prince Albert a pair of ice skates. Wilson Skates had previously been commissioned by the royal family to make skates for King William III. 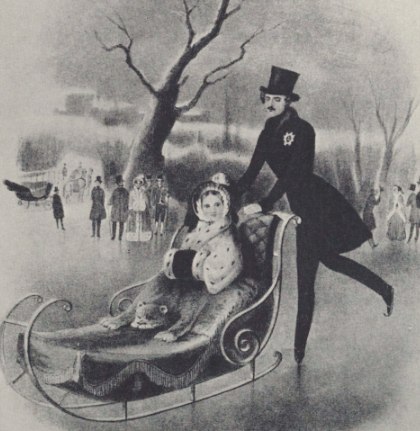 One day shy of their first wedding anniversary on February 9, 1841, Prince Albert was skating on the frozen lake at Buckingham Palace. In Queen Victoria's diary, she recorded that "the ice cracked, and Albert was in the water up to his head, even for a moment below. In my agony of fright and despair I screamed and stretched out my arm... My Dearest Albert managed to catch my arm and reached the ground in safety." 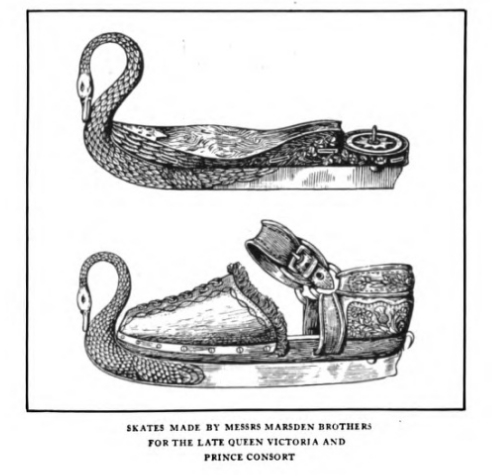 Prince Albert recounted the same story to Duchess Caroline of Saxe-Gotha-Altenburg on February 12, 1841: "The cold has been intense... Nevertheless, I managed, in skating, three days ago, to break through the ice in Buckingham Palace Gardens. I was making my way to Victoria, who was standing on the bank with one of her ladies, and when within some few yards of the bank I fell plump into the water, and had to swim for two or three minutes in order to get out. Victoria was the only person who had the presence of mind to lend me assistance, her lady being more occupied in screaming for help. The shock from the cold was extremely painful, and I cannot thank Heaven enough, that I escaped with nothing more than a severe cold." At that particular point in time, no male heir had been born and had Albert drowned, the entire succession would have been different... and there would have been no Queen Elizabeth II!

Skate Guard is a blog dedicated to preserving the rich, colourful and fascinating history of figure skating and archives hundreds of compelling features and interviews in a searchable format for readers worldwide. Though there never has been nor will there be a charge for access to these resources, you taking the time to 'like' on the blog's Facebook page at http://www.facebook.com/SkateGuard would be so very much appreciated. Already 'liking'? Consider sharing this feature for others via social media. It would make all the difference in the blog reaching a wider audience. Have a question or comment regarding anything you have read here or have a suggestion for a topic related to figure skating history you would like to see covered? I'd love to hear from you! Learn the many ways you can reach out at http://skateguard1.blogspot.ca/p/contact.html.
Posted by Skate Guard Blog at August 13, 2013
Email ThisBlogThis!Share to TwitterShare to FacebookShare to Pinterest
Newer Post Older Post Home