Age (Like 6.0) Is Just A Number: Ageism And Skating 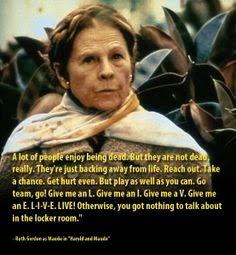 At the risk of sounding like Peter Griffin (which absolutely isn't a bad thing), do you know what really grinds my gears? Ageism, especially in figure skating. American civil rights activist Maggie Kuhn once said, "I think of age as a great universalizing force.  It's the only thing we all have in common.  It doesn't begin when  you collect your social security benefits.  Aging begins with the moment of birth, and it ends only when life  itself has ended.  Life is a continuum; only, we -- in our stupidity and blindness -- have chopped it up into  little pieces and kept all those little pieces separate." The culture and emphasis on youth in the figure skating community lends people to think they're 'too old' and their careers are over in their early twenties. They're 'over the hill' at legal drinking age and 'need to step aside to allow a new generation to move up'. Bitch please. Yes, our bodies change as we get older and don't always do things the way we always might like... or as easily. Judging by the evidence of so many skaters having both "amateur" and professional careers that extended well past their teens and twenties and all of the incredibly talented adult skaters out there, is there any reasonable excuse for the belief that people should hang up their skates at twenty one because 'the clock is ticking'? It's really a quite delusional mentality. I started the conversation on this issue a little in my May 2013 article Midori Ito And Why Adult Skating Makes Me Smile, but I wanted to delve a little further into some of the history of 'older' skaters in the sport and their talk about their achievements.

1964 and 1968 Olympic Gold Medallists Ludmila and Oleg Protopopov still perform regularly in their golden years (Ludmila's in her late seventies and Oleg's in his early eighties) but the ISU have even imposed ageism in their own international adult figure skating competition. Skaters in their 80's have competed at the U.S. Adult Figure Skating Championships but the ISU International Adult Figure Skating Competition held annually in Obertsdorf, Germany only allows skaters under the age of seventy one to compete. I think it's pretty ludicrous that you'd offer a competition to adults in the spirit of inclusiveness and then exclude people based on their age. The Queen Of England is eighty seven years old. I most certainly wouldn't be telling her what she could and couldn't do based on her age and with the fine lines blurred between "amateur" and professional these days (World Champion and World Professional Champion Midori Ito competed at the Oberstdorf event), you would think the ISU would want to include skaters like The Prototopovs, should they ever wish to compete, to raise the profile, interest in (and in turn, money for) their biggest international adult competition. We all know how much sense the ISU likes to make, after all.

Skating wasn't always so immersed in the culture of ageism. U.S. Champion and Attorney Joseph K. Savage competed at the 1932 Winter Olympics with his pairs partner Gertrude Meredith at the age of fifty one and continued his competitive career for over a decade after that, winning the silver medal in the 1943 U.S. Figure Skating Championships with partner Nettie Prantel when he was sixty three years young. Similarly, Norway's Martin Stixrud, who went on to coach Sonja Henie, was forty four years old when he won the Olympic bronze medal in the men's figure skating competition at the 1920 Summer Olympics in London, England and 1924 Olympic Bronze Medallist Ethel Muckelt of Great Britain was thirty eight at the time of her Olympic medal win. Chris Christenson, who won the 1926 U.S. men's title at the age of fifty one, remains the oldest U.S. champion of all time. Skating was a very different sport in those times. The emphasis wasn't on quadruple jumps but on compulsory figures and even the free skating performances were largely based on the evolution of figures. A 1926 newspaper account of Christenson's winning free skate stated "his figures were smooth and precisely correct. He looped and spread-eagled with an unhurried calm that must have piled point after point in his favor on the score-pads of the judges. But his was an exhibition of mathematical certainty. It was a typically masculine performance, devoid of teeming nervous energy and one of cold and accurate calculation." Rather than discount the efforts of these early champions based on the fact that their programs didn't feature of a host of different triple jumps, we have to consider that compulsory figures were incredibly difficult in themselves and many skaters today would undoubtedly struggle with them based on the way they have been trained right from the beginning of their careers.

In winning the 2010 Olympic pairs title with partner Xue Shen at the age of 36, Hongbo Zhao became the oldest person to win an Olympic medal in figure skating since Muckelt in 1924. Zhao, however, is the exception - not the rule. While we don't see many skaters competing in 'amateur' competitions outside of adult events in their thirties, forties and fifties these days, that's not say that skating ends when you stop competing or that you can't. As long as you have two feet and a heartbeat, you can go out and do anything your little heart desires. People have, and people can.

Skate Guard is a blog dedicated to preserving the rich, colourful and fascinating history of figure skating and archives hundreds of compelling features and interviews in a searchable format for readers worldwide. Though there never has been nor will there be a charge for access to these resources, you taking the time to 'like' on the blog's Facebook page at http://www.facebook.com/SkateGuard would be so very much appreciated. Already 'liking'? Consider sharing this feature for others via social media. It would make all the difference in the blog reaching a wider audience. Have a question or comment regarding anything you have read here or have a suggestion for a topic related to figure skating history you would like to see covered? I'd love to hear from you! Learn the many ways you can reach out at http://skateguard1.blogspot.ca/p/contact.html.
Posted by Skate Guard Blog at April 10, 2014
Email ThisBlogThis!Share to TwitterShare to FacebookShare to Pinterest
Newer Post Older Post Home