V Is For Vivacious: The Vera Hrubá Ralston Story 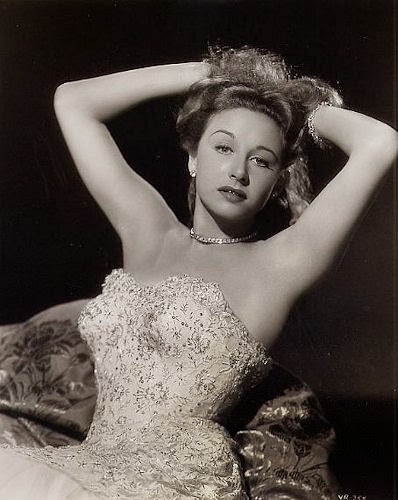 Every so often a skater's story comes along that is so compelling that it sounds like something straight out of a Hollywood movie. In the case of Vera Hrubá Ralston, figure skater turned Hollywood actress, the Hollywood movie analogy doesn't fall far from the skate guard. 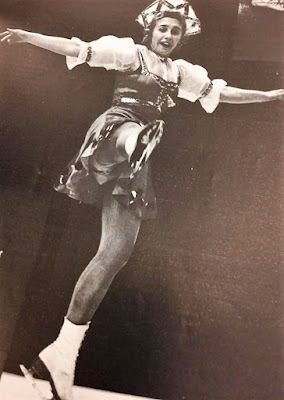 Born in Prague in what was then Czechoslovakia in 1919, Vera Hrubá was the daughter of wealthy jeweler Rudolf Hrubá. She grew up in a Catholic family on the Berounka River and like many young skaters, enrolled in ballet classes before translating her love of movement to the icy dance floor. Her story (even from childhood) was far from traditional though. Before even taking up skating at the age of thirteen, she had already took up the habit of smoking and much of her early instruction on the ice didn't come from a skating coach but from her own brother. In four short years, she improved by leaps and bounds so much that it was her who represented Czechoslovakia at the 1936 European Figure Skating Championships and Winter Olympic Games. While at those Winter Games in Germany, like winner Sonja Henie she had an encounter with Adolf Hitler. Unlike Henie (who enthusiastically gave the Nazi salute), Hitler asked her if she would like to "skate for the swastika."She responded: "I looked him right in the eye, and said that I'd rather skate on the swastika. The Führer was furious."

After finishing seventeenth at those Games, Vera's competitive career only continued for less than a year more and saw her finish seventh at the 1937 European Figure Skating Championships in her home city of Prague. Following that competition, Vera toured the U.S. in ice revues and was offered a screen test for RKO Pictures but turned it down as she was engaged at the time. Her engagement fell through when her fiancee's parents refused to let him marry her as he was half-Jewish and her family was Catholic. On the fifteenth of March in 1939, Vera and her mother narrowly escaped the Nazi takeover of Prague by getting on the last airplane out of the city and flying to Paris, France. From France, they traveled to New York by boat and Vera's story took more than a few more interesting double twists and three turns.


Upon arriving in New York, Vera took up in residence among ice comedians and skating champions in the Ice Vanities Of 1939 tour. In 1941, she received 2400 marriage proposals when a Chicago newspaper ran a story that she may have to return to Nazi occupied Czechoslovakia when her visitor's permit expired. Later that year, her transformation from professional figure skater to movie starlet would begin when Herbert J. Yates, the president of Republic Pictures would cast her in his film "Ice-Capades". 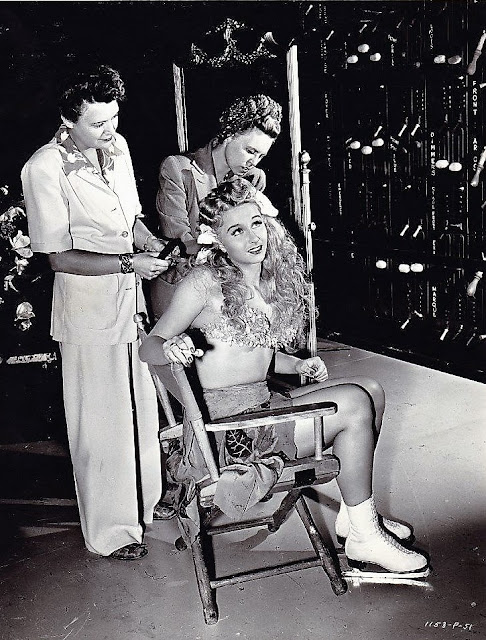 Her film career would be widely criticized by film critics and public alike, her thick accent and mechanical delivery the brunt of many a joke. By 1943 however, Yates was offering her a long-term movie contract and she chose to Americanize her last name by adding Ralston... after the breakfast cereal. It was Yates' determination to make Vera a star that made her a star. He pumped Republic Pictures money into her career and even threatened exhibitors by withholding popular Republic films unless they played her pictures. She started by taking roles that played on her aptitude for skating (much like the hugely popular Sonja Henie skating movies of the period) but 1944's "Lake Placid Serenade" was to prove one of the last roles centered around Vera's skating. In 1945, she starred alongside legendary actor John Wayne in the film "Dakota". Despite the fact her film career was founded on Yates' determination to make her a star, director Joseph Kane said that "Vera could have made it rough on everyone, but she never took advantage of that situation. Although she never became a good actress, she was cooperative, hardworking and eager to please." The following year, she reunited with her father, became an American citizen and took up residence in Sherman Oaks, California. 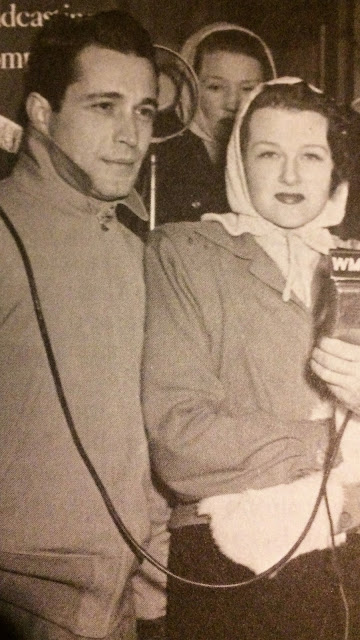 Two years later, Yates left his wife and four children to be with Vera. Yates' interest in Rudolf Hrubá's daughter was met with disapproval. Yates was forty years Vera's senior and her father would not prove supportive of the unlikely couple's relationship, opting instead to return to his native Prague. On March 15, 1952, Vera walked down the aisle and married Yates at the Little Brown Church In The Valley in North Hollywood. 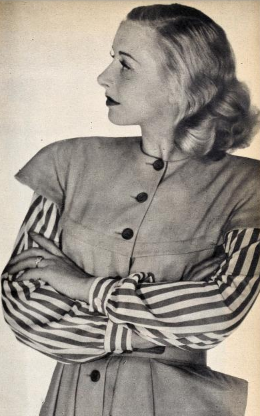 The following years would include annual European trips with Vera's mother, one of which would earn Vera a special audience with Pope Pius XII in Vatican City. The newlyweds took up residence in Santa Barbara and her movie career continued with moderate success until she was featured in her last film "The Man Who Died Twice" in 1958. It wouldn't all be roses over the coming decade though. Yates would be the target of a suit by two Republic stockholders who claimed he used company assets to promote his wife as a star and in the spring of 1962, the couple would briefly estrange only to reunite months later. The following year, Vera's father would pass away in Prague and three years later, her husband Yates would pass away in the couple's Sherman Oaks home after suffering nine heart attacks. He left his wife half of his $10 million dollar estate and she suffered a nervous breakdown, travelling to Hawaii to recuperate. 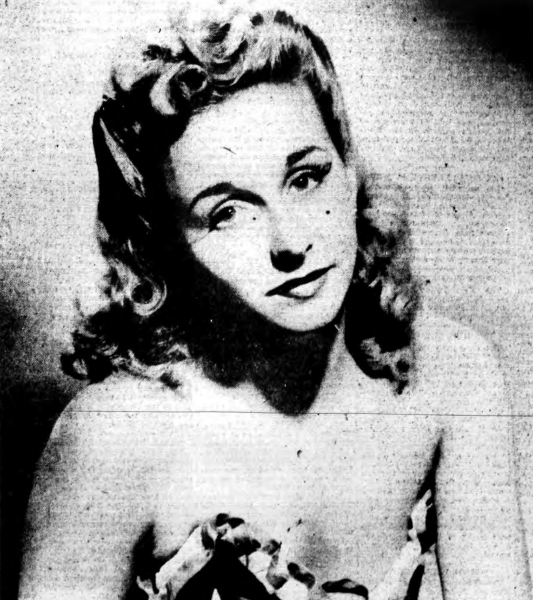 Vera returned to California with her mother but in January 1973, that relationship also ended when her mother passed away in Los Angeles. The same year, she remarried and left her Hollywood life of glitz and glamour behind, marrying a Santa Barbara businessman named Charles Alva. Unlike Yates, Alva would be more than ten years Vera's junior. 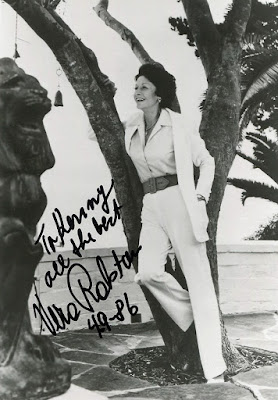 In February 2003, her memories of a life on the silver screen and an Olympic figure skater a thing of the distant past, Vera passed away in Santa Barbara after a long battle with cancer. Although posthumously ridiculed by being included as a candidate for "The Worst Actress Of All Time" by the authors of the book "The Golden Turkey Awards" (which was instead won by Raquel Welch), Ralston's compelling story is one of a rich and unconventional rise to the middle during a golden era when the lines between figure skating and Hollywood blended and blurred. Skaters became movie stars, movie stars became skaters and in turn, many people took to the ice to experience their own taste of the magic. An unlikely star on the Hollywood Walk Of Fame, Vera's impact on the silver screen is still one that's enduring and is proof and parcel that sometimes sheer will can be the deciding factor between success and obscurity.

Skate Guard is a blog dedicated to preserving the rich, colourful and fascinating history of figure skating and archives hundreds of compelling features and interviews in a searchable format for readers worldwide. Though there never has been nor will there be a charge for access to these resources, you taking the time to 'like' on the blog's Facebook page at http://www.facebook.com/SkateGuard would be so very much appreciated. Already 'liking'? Consider sharing this feature for others via social media. It would make all the difference in the blog reaching a wider audience. Have a question or comment regarding anything you have read here or have a suggestion for a topic related to figure skating history you would like to see covered? I'd love to hear from you! Learn the many ways you can reach out at http://skateguard1.blogspot.ca/p/contact.html.
Posted by Skate Guard Blog at May 17, 2014
Email ThisBlogThis!Share to TwitterShare to FacebookShare to Pinterest
Newer Post Older Post Home