Anne Frank And Bernd Elias: Skaters In A Dangerous Time 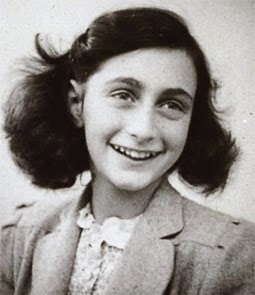 In my September 2013 article Finding Peace On The Ice: Figure Skating And World War II, I looked at the impact of World War II on the international figure skating community. More specifically in my January article Hanni Sondheimer Vogelweid, The Skates That Survived The Holocaust And The Sochi Olympics, I looked at the story of Hanni Sondheimer Vogelweid, a German born teenager that loved to skate who escaped from the Soviet occupation of her hometown of Kaunus, Lithuania to America via Japan and China. Her remarkable story of survival is almost mind blowing, yet I couldn't go back and think about the other side of the coin when I recently watched a documentary about the betrayal of Anne Frank's family purporting (and arguing very well) that Dutch nazi Tonny Ahlers was indeed the one that had betrayed the Frank family. Anne Frank's courageous story was shared through her diary "Anne Frank: The Diary Of A Young Girl" which was first published in Holland under the title "Het Achterhuis" in 1947 and is one of the most enduring and haunting stories of our time. In watching this documentary and thinking back to the book and fellow Gemini Anne, I couldn't help but think about how one young Jewish girl who loved skating survived and after that horrific experience of going into hiding in a secret annex in her father's factory, another young Jewish girl who loved skating met her end in a Nazi concentration camp seventy years ago.


In her diary on July 11, 1942, Anne wrote: "Our little room looked very bare at first with nothing on the walls; but thanks to Daddy who had brought my film-star collection and picture postcards on beforehand, and with the aid of a paste pot and brush, I have transformed the walls into one gigantic picture. This makes it look much more cheerful…" Among those photos that Anne used to color her grey world while she was in hiding with her family were three pictures of Olympic Gold Medallist Sonja Henie of Norway, who sadly and ironically had publicly supported Adolf Hitler with a Nazi salute at the 1936 Winter Olympics right in Anne's home country. Anne was a keen skater herself, taking lessons at the Apollohal ice rink and fantasizing in her diary about a skating performance with her cousin Bernd 'Buddy' Elias, a figure skater who played a clown in skating shows and actor. Anne drew a picture of a blue fir-trimmed skating dress with a matching hat to complement her dream of skating with her cousin after skating one time together before she was forced into hiding. In a January 1941 letter from Amsterdam to her cousin Elias, Anne wrote "Bernd, maybe we can skate as a pair together someday. But I know I'll have to train very hard to be as good as you are". Shortly after Anne penned this letter, the rink closed to her with a sign that said "NO JEWS ALLOWED". The same sign would be seen in schools, libraries, cinemas and cafes. Anne's turn on the ice and dream of skating with her cousin wasn't to be.


Anne's October 18, 1942 diary about skating with her cousin (not published in the abridged version) brings a tear to your eye: "Bernd is busy teaching me figure skating and I am going to be his partner because his partner happens to be away, we make a lovely pair and everyone is going to be mad about us we sent five photographs to the office 1. Anne doing a turn 2. Anne arm in arm with Bernd left foot forwards 3. Anne waltzing with Bernd 4. Anne with Bernd doing the swan 5. Anne from the left, Bernd from the right blowing a kiss to each other. There will be a film later for Holland and Switzerland, my girl friends in both Holland and Switzerland think it's great. It's in three parts. 1st part - Anne on skates. First you see her entering from one side while her partner enters from the other side with a blue skating dress trimmed with white fur with white pockets and a zipper and a belt with a bag. Then they do the swan together and Anne does this tremendous leap in the air. Later they waltz and joke about the lessons. 2nd part: Anne making a visit and at school. Busy at the tea table in the small room with Kitty and two boys including Bernd then at school surrounded by a noisy crowd of children and all sorts of silly scenes e.g. in bed with Daddy and at table. 3rd part: Anne's wardrobe the 8 new dresses skating dress which is a present a white one and shoes."

On March 8, 1944, Anne's dream of skating again was still very much alive. She wrote "the night before last I dreamed I was skating right here in our living room with that little boy from the Apollo ice-skating rink; he was with his sister, the girl with the spindly legs who always wore the same blue dress. I introduced myself, overdoing it a bit, and asked him his name. It was Peter. In my dream I wondered just how many Peters I actually knew!" She went on to talk of Peter kissing her but then saying he didn't love her and waking up and realizing it was only a dream. Sadly, the ice Anne longed to carve out part of her future on would also be a dream that would not prove to be a reality. 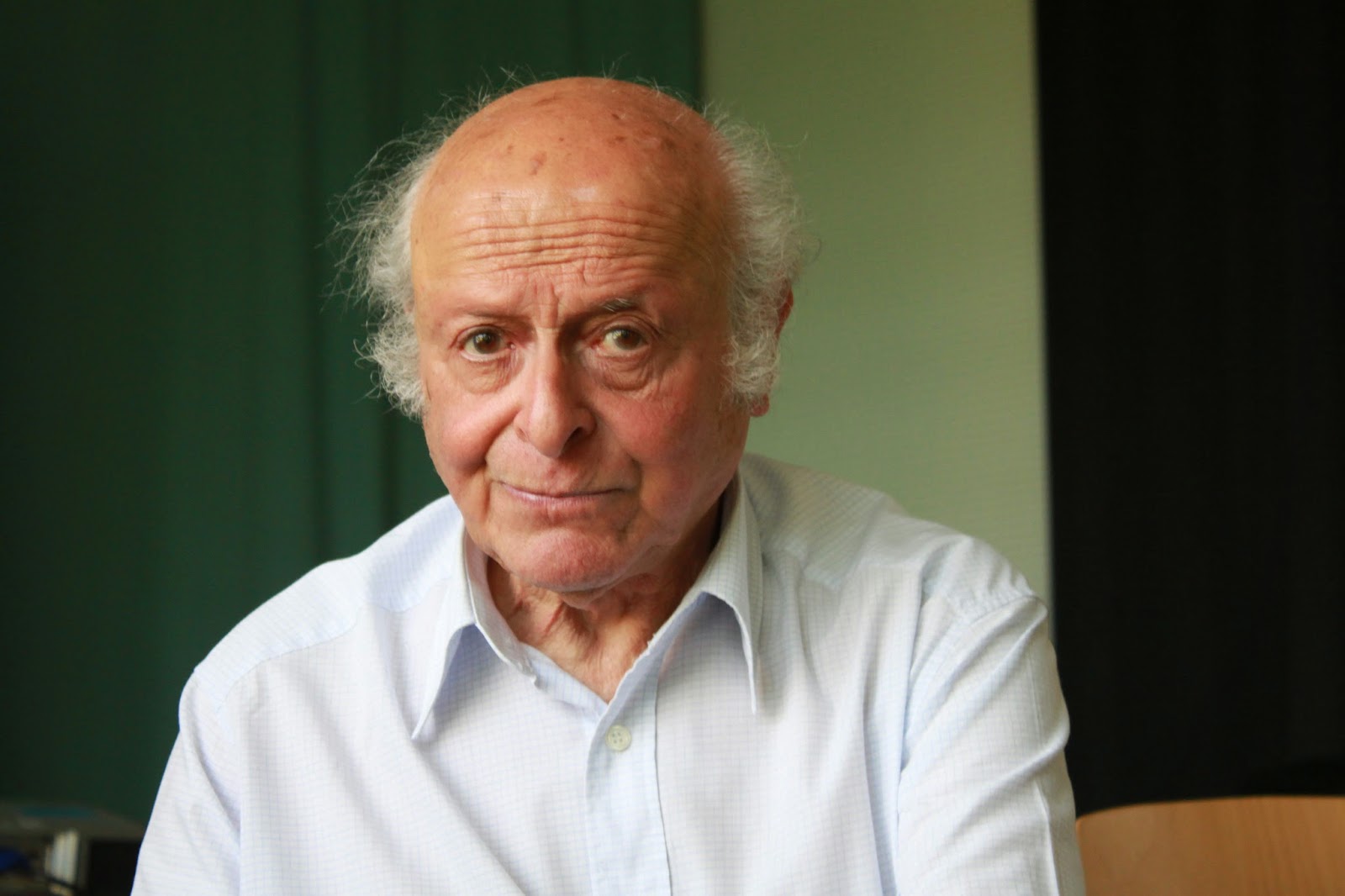 Bernd Elias talked of his own skating and acting career and memory of his beloved cousin Anne in a 2008 interview with PR.com: "I started skating at age 4, and as I was very agile and had a good sense of humor, when I was 14 I started doing comedy on ice with a friend. We gave exhibitions in Switzerland already during the war. After my schooling I went to drama school and started my career as an actor in Switzerland. But, I still did skating whenever I had the time. My partner went to England on business and came in contact with the producer of English ice shows, who offered us a contract. We accepted. Thus, I started my career as an ice comedian which lasted 14 years, mostly with Holiday On Ice. We toured the whole world; the Bolshoi Ballet, to the U.S. and we in Moscow with special performance for Chruschtschow. In 1961 I quit and returned to acting. I was very lucky and played many leading roles at some of German's most renowned theatres in Berlin, Hamburg, Bremen and Stuttgart. I also played musicals, [including] one leading part at the Shaftesbury theatre in London (Canterbury Tales), as well a part in "La belle Helène" at the festivals in Aix en Provence and Salzburg in French. Besides I was cast in many television productions in Germany. Right now I am performing in a comedy at a Basel theatre, but we will have our last performances soon. I already signed for a production at this theatre for next winter. Television offers are coming along too, but right at the moment I have no such plans. I am still active on stage and TV, but my life and work is mostly for Anne Frank and the Fonds. Quite often I go to schools and lecture about Anne and the Holocaust."

Sadly, Anne Frank's story echoes that of another figure skater who fought for his life and lost the battle in a Nazi concentration camp during World War II. 1931 and 1932 Norwegian Figure Skating Champion Per Jacobsen fought for Norway in the battles in his country's Oppland District and joined the Resistance movement and an intelligence operative called Skylark A when Nazis invaded his country. After saving the life of resistance fighter Max Manus by smuggling in a fish line that Manus used to escape from a hospital under Nazi custody, Jacobsen was captured himself and imprisoned at Grini Concentration Camp from August 1942 to July 1943 before being shipped to Germany and sent to the Nacht und Nebel camp Natzweiler - Struthofwhere where he survived for almost a year until he died on June 13, 1944. Like Anne, Per Jacobsen would never return to the ice that he so dearly loved but is remembered in Manus' post-war book as "a grand companion, an ardent idealist and one of the silent heroes that undertook the biggest efforts."

Anne and Bernd were indeed skaters in a dangerous time that would never reunite on the ice. Anne's tragic death in the Bergen-Belsen concentration camp in Nazi Germany in March 1945 ended that dream but it only seems fitting that today in the winters skaters can skate right past the Anne Frank House museum on the frozen Prisengracht canal in Amsterdam and pay their respects to a wise and courageous young woman - and skater - who dreamed despite her situation of life and skating beyond the unimaginable horrors of the Holocaust. Lest we forget.

Posted by Skate Guard Blog at August 25, 2014
Email ThisBlogThis!Share to TwitterShare to FacebookShare to Pinterest
Newer Post Older Post Home
"As a rule an author has one or two popular ways of contrasting the past with the present. He can treat the past as lying in comparative doleful ignorance, or he can explain that the past was infinitely superior to the day we live in. Of course, either method is the popular journalism of the moment, and in reality there is no sharp contrast, but a gradual transition which leads the past into the present." - Joel B. Liberman, Skating Club Of New York