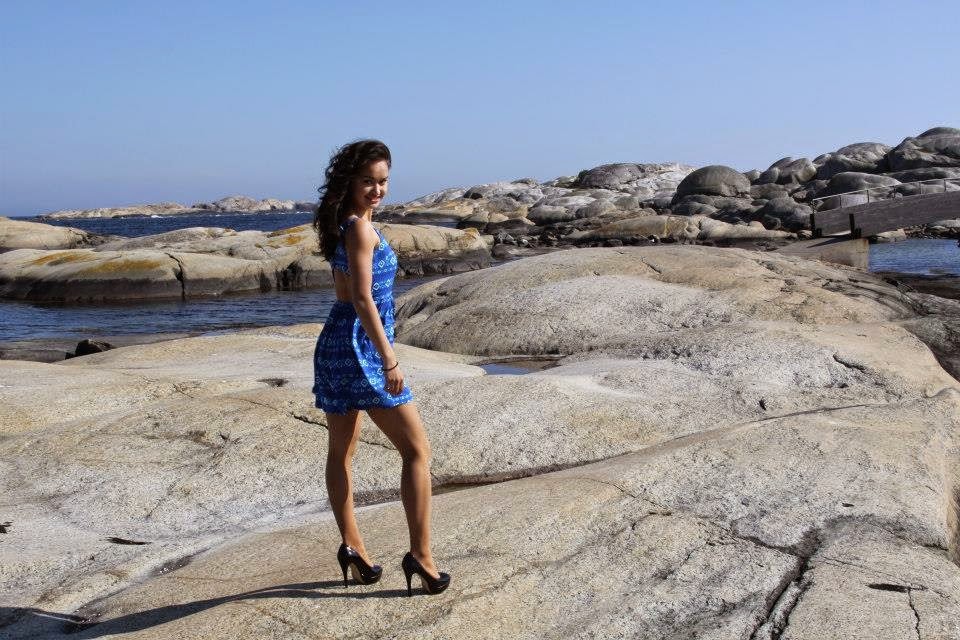 Competitive figure skating has enough pressure of its own, right? Wrong! Imagine one of your closest rivals being your own twin sister! That's an everyday reality for three time and reigning Norwegian Champion Camilla Gjersem, who unseated her own twin sister Anne Line to first take her country's national title in 2012 in Trondheim, Sør-Trøndelag, Norway. Having represented her country on the world's biggest stages, Camilla is busier than ever preparing for an important season in her skating career. Prior to heading to Germany for the Nebelhorn Trophy, she talked with me about her goals, coaching team, strengths and weaknesses and much more in this fantastic interview you are bound to enjoy:

Q: You have won your country's national title three times and represented Norway at the European and World Junior Championships. You've also won medals at international competitions like the Warsaw Cup in Poland. Looking back on your accomplishments to date, what are your proudest moments and most special memories?

A: One of my proudest moments are when I competed for the first time in seniors at Nationals. I got my first national title and I was the one who would represent Norway at Europeans. Another nice moment was at the Nordics in 2013 where I skated two good programs and because of this competition I got to compete at Junior Worlds.I have many special memories, and mostly they're from competitions where I skated a clean program or both programs. Nothing is better than the feeling after skating a clean program!


Q: You are coached by Berit Steigedal and choreographed by fellow Norwegian Champion Kaja Hanevold. What makes Berit and Kaja the best team for you personally?

A: They are the best team for me because I enjoy working with them and they know me so well. My coach Berit uses a lot of time and effort in the ice-rink with me. I love that she's so dedicated. We share the same training philosophy and agree on almost everything. I know she supports me and for me it is important to know that my coach believes in me. Kaja is my former coach and has been my choreographer since I was a little girl so she knows my style of skating and creates the best programs for me. 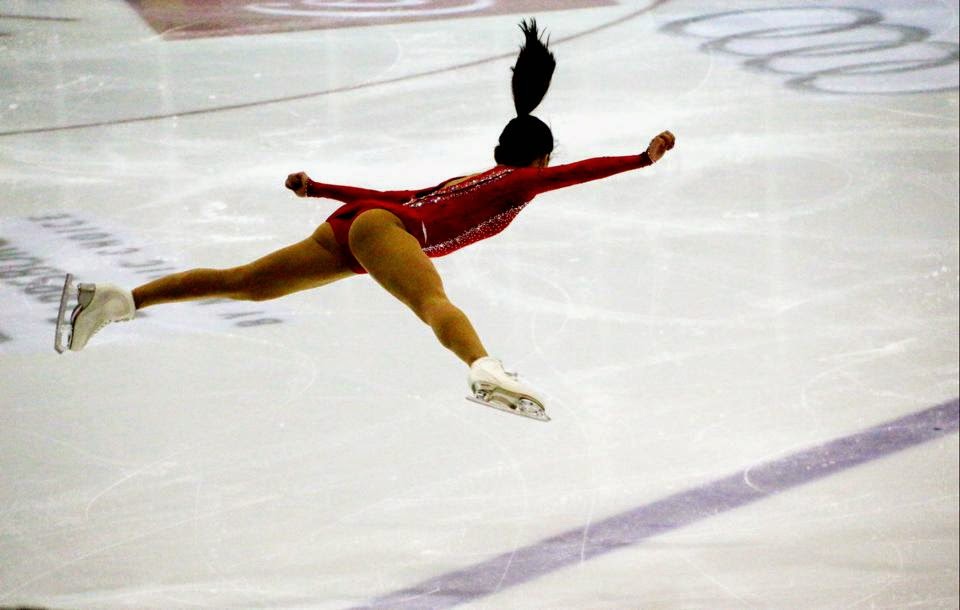 Q: You've trained not only in Norway but in Germany and Canada as well. In your opinion, what are the biggest benefits of going elsewhere to train in the off season?

A: First of all, I train abroad during the off-season because we don´t have open ice rinks in Norway in the summertime but also to practice with top coaches and skaters. It is inspiring to work with different people. I have skated at the Ice-Dome camp for almost ten years now and I can't imagine a summer without training in Oberstdorf because of the great atmosphere for skating and training.

Q: Your twin sister Anne Line is also a Norwegian Champion - and one of your biggest competitors at home. Is there ever a sense of sibling rivalry between the two of you or has skating simply brought you closer together? Or both?

A: Both! She is my closest friend. I think it's because we're so much alike" we share the same values and have the same interests. Skating is a huge part of our lives. We also have our rivalries but in a good way. We have always pushed each other and it's been healthy for our development and progress. 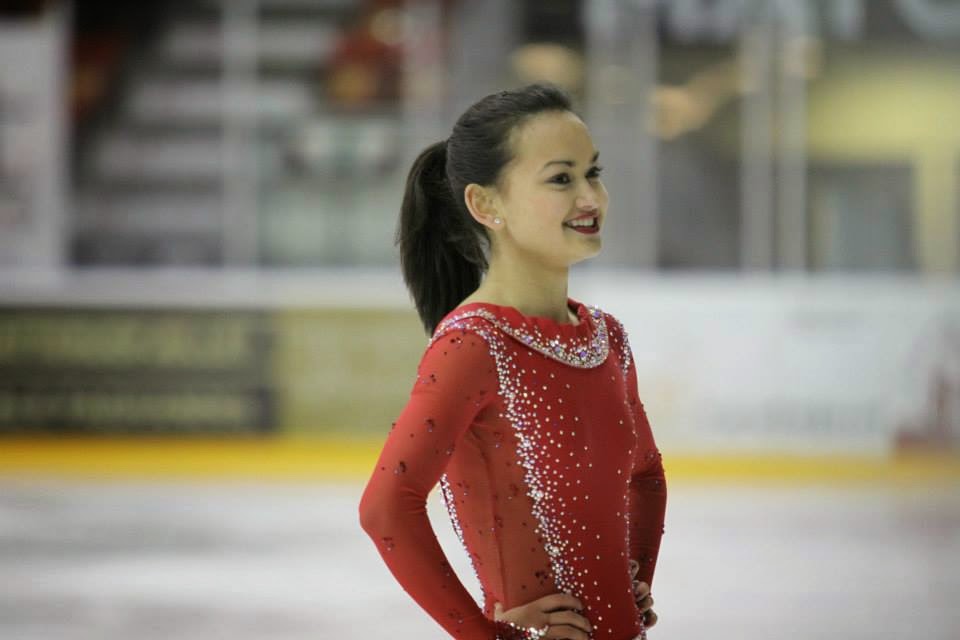 A: My main goal is to skate clean programs so I can reach the minimum technical requirement to compete at the World Figure Skating Championships but also to compete for the one spot at Europeans in Stockholm. I have two new program this season. I skate to "The Havana Slide" by Vanessa Mae in the short program choreographed by Kaja Hanevold and "Piano Concerto No. 2" by Rachmaninoff in free skate like I did last season, but the program is new and re-choreographed by Michael Huth.

A: I think that I work hard. I am focused and give everything on each practice both on and off the ice. In competitions I can be too tense and affected by nerves so I make more mistakes than I do on practice but to avoid this extra tension in competitions I just do a lot of full programs at practice so I get more confident and arrive as prepared as possible.


Q: If you could go back in time and meet any important historical figure, who would it be?

A: One person I would like to meet is Sonja Henie because she has such an important role in Norwegian figure skating history and she was also a famous Hollywood actress. It would be interesting to know how she was as a person. 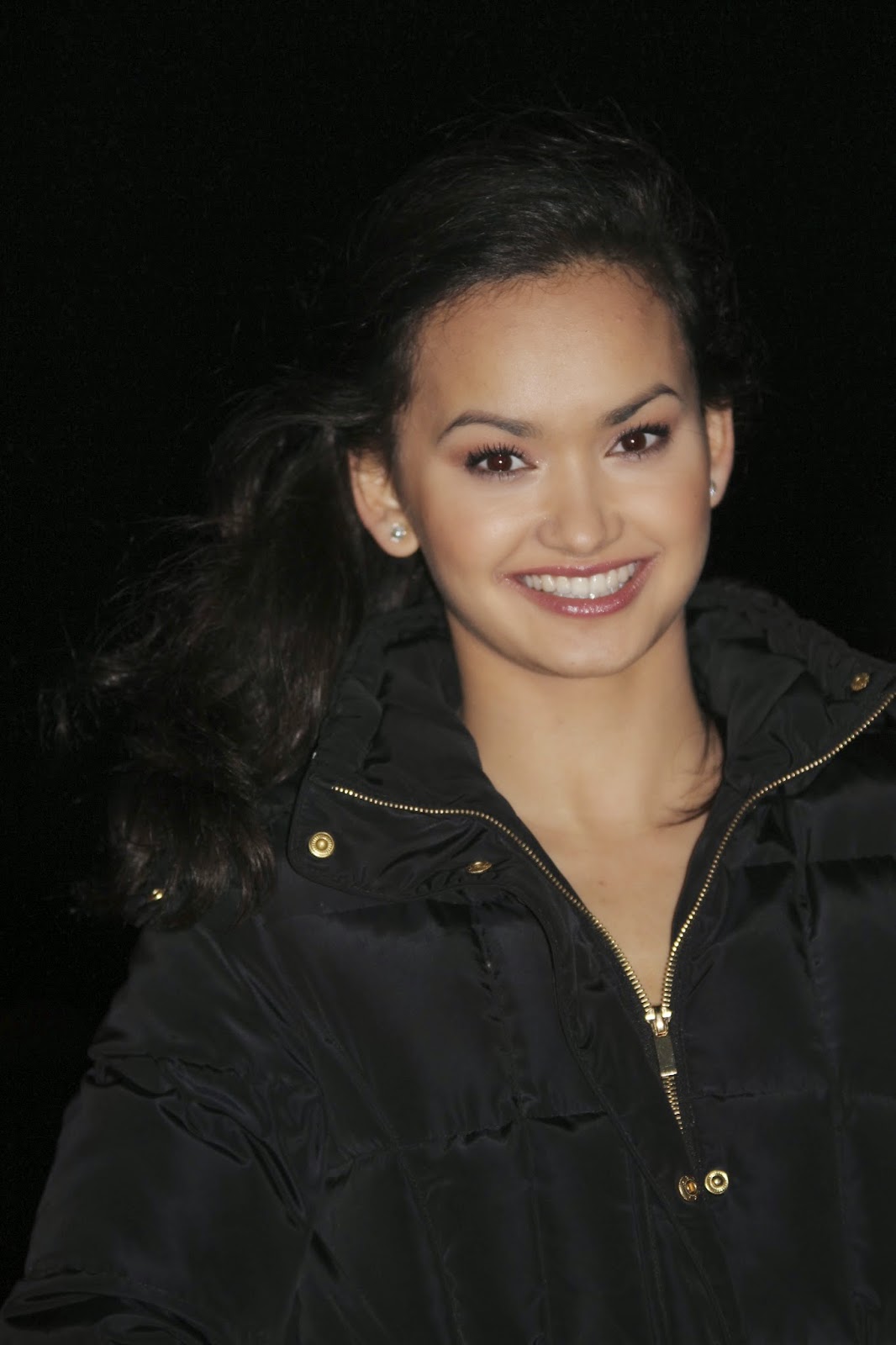 A: My favourite is Carolina Kostner. I love everything about her! She is a huge role model for me because of how she is as an athlete and as a person. I also like Patrick Chan a lot. His skating skills are incredible and his elements too! Tomas Verner has also been one of my favorites since he became European Champion in 2008 and I've always kept cheering for him. Especially Carolina and Tomas - they are always working really hard and never giving up through their journey and that inspires me!

A: I am extremely bad at learning song lyrics.

Q: What do you love more than anything about being on the ice?

A: When I'm on the ice, nothing else matters. It's like time stops and my only focus is on what I'm doing on the ice. The sport is so unique because it requires so much of both technique and artistry. There's always something to improve and the feeling of accomplishing new things and new goals is amazing.

If you enjoyed the interview with Camilla, like the blog on Facebook http://www.facebook.com/SkateGuard and read along at http://skateguard1.blogspot.ca for more skater interviews as well as articles, skating history, commentary and special features! You can also follow me on the Twitter at http://twitter.com/SkateGuardBlog for skating tweets and whatever else I've got on the go. It would be rude not to, now wouldn't it?
Posted by Skate Guard Blog at September 26, 2014
Email ThisBlogThis!Share to TwitterShare to FacebookShare to Pinterest
Newer Post Older Post Home