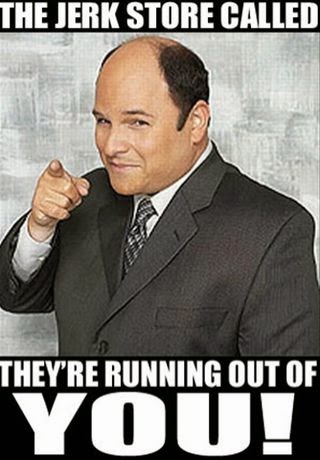 In 1908, Bette Davis was born and her future rival Joan Crawford was only four years old. Famed rivals Sophia Loren and Jayne Mansfield both wouldn't be born until the thirties and the media firestorm pitting Tonya Harding against Nancy Kerrigan wouldn't be front page news and CNN particularization for almost ninety years. One thing was for certain though... that year, the Olympics would get their very first taste of figure skating controversy.

A 2008 article on the wonderful history blog De Rebus Antiquis Et Novis offers a very detailed glimpse into the 1908 Summer Olympics in London and in particular, the heated (to say the least) rivalry between eventual champion of the men's competition Ulrich Salchow of Sweden and eventual champion of the special figures event Nikolay Panin-Kolomenkin of Russia. To give you a bit of background for those of you who may be scratching your heads going "Whatchu talkin' bout Ryan?", the 1908 Summer Games were for figure skating the very beginning in the sport's Olympic history as the Winter Games did not exist yet. The 1908 Olympics were also much longer than they are today as they were held from April 27 to October 31, 1908. Figure skating events were held in late October near the end of those Games at Prince's Skating Club in Knightsbridge, London.

In the Special Figures event, skaters had to present judges drawings of original figures that they developed themselves that they planned on etching into the ice. The figures that five-time Russian Champion Nikolay Panin-Kolomenkin submitted were so difficult that referees deemed them impossible. Salchow opted not to compete against Panin-Kolomenkin in this phase of the competition and the Russian skater and coach became the only Olympic Gold Medallist in figure skating history to win the later discontinued Special Figures event with two hundred and nineteen out of two hundred and forty possible points. 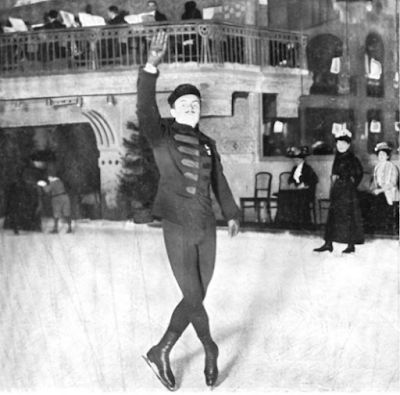 What made the fact Salchow chose not to compete against Panin-Kolomenkin in the Special Figures event at the Prince's Skating Club rink all the more interesting is that just the day before, both men had competed in the compulsory figures portion of the men's competition. Coupled with free skating, the compulsory figures event would help determine the overall men's champion in 1908. Salchow and Panin would be joined by Heinrich Burger of Austria (who won the pairs title at those Games with partner Anna Hübler), Per Thorén of Sweden, British skaters Geoffrey Hall-Say and Arthur Cumming and Argentina's Horatio Tertuliano Torromé. Although Panin performed very well in the compulsory figures, his results were disappointing. Along with first place ordinals from the German and Russian judges, Panin received a second place ordinal from Great Britain and fourth place ordinals from Switzerland... and Sweden. He's really quite lucky he received the marks that he did and skated exceptionally well considering what went down that day.

While Panin was skating his school figures (which obviously required absolute and total concentration) Salchow was within earshot, loudly commenting on Panin's every movement. John D. Windhausen's essay "Russia's First Olympic Victor" offers some perspective on Salchow's behavior: "Panin, who defeated Salchow in this event earlier in that year, began his performance with a correct figure eight with one foot back. Salchow exhibited behavior unfitting for a champion and demonstratively shouted criticisms of Panin's form. Hoping to undermine the self control of the rival from Russia, Salchow continued his bombastic verbal assaults so that Panin's side was constrained to protest. But Salchow relentlessly maintained his psychological attack while the chief judge did not summon him to order. Even so, Panin seemed to perform perfectly. The results, however, were not in his favor." A newspaper quoted in a history article called "History Of Figure Skating: Nikolay Kolomenkin" on the website for the 2001 Cup Of Russia article offers an in-depth look into just how unsportsmanlike Salchow's behavior really was - and Panin's reaction:

"Hardly could the Russian athlete, who recently defeated Salchow, perform the second compulsory figure -'the eight' - as the Swedish athlete shouted: 'It's not the eight! It's curved!' It was a lie. 'The eight' was excellent. 'So, here is the psychological attack', Panin thought. 'Well, Mister Salchow, let's see if I swallow your bait.' When Panin was performing his next figure Salchow shouted out: 'He is not in a good shape! He can't do anything!' And this time the judge still kept silence. Nikolay Panin protested. The Swedish athlete was reprieved. One should see what followed then! The Swedish figure skater insulted and threatened Panin in reply. Finally Salchow was put into his proper place. This made him angry and he lost his control. As a result the Swedish athlete was not in his best form when performing some first figures. German judges Veldt and Sanders put Panin on the first place, Swedish judge Grenander put him on the second and Herle and Hugel, Salchow's close friend, put the Russian athlete on the fourth place. The protest of the Russian team was left without attention. Panin declared then that he was not going to perform his free program: he didn't expect fair marks from Hugel and Herle. Then Georg Sanders, the Russian judge and a friend of Panin interfered. He managed to persuade Panin that the case with judges wouldn't repeat because Ulrich Salchow and Henri Brokaw left the competition, as they understood how worthless it would be to continue. When Nicolai Panin was performing the last and the most difficult figure, 'impracticable' according to the newspapers one could hear the stormy applause from the judges' box. His result was the best. Having gained 218 points Panin became the Olympic Games winner champion. That was his first Olympic gold."
﻿
To correct and clarify, ultimately Salchow had opted not to continue on to the Special Figures competition that was held the following day where Panin won gold, but it was Panin who ultimately decided to opt out of the overall men's competition and not compete against Salchow in free skating. He would instead vindicate himself and earned an Olympic gold medal in Special Figures. He would ultimately return to Russia an Olympic Champion. Windhausen explains more about what happened after Panin withdrew from the overall men's event: "As a result Panin declined second place. The partiality of the judges, to continue the Russian version, was so blatant that the spokesman for the Russian team issued a protest, but it was not satisfied, and so in the form of a personal protest, Panin refused to enter the free skating part of this event. At the conclusion of the match a group of Swedes - participants and judges - at first orally and then in official written form, carried an apology to Panin for the unworthy conduct of Salchow." That last part made me smile a little.

Fascinatingly and sadly, Nikolay Kolomenkin (who used the pseudonym Panin when competing in figure skating) would face even more scrutiny and stress when returning home from the 1908 Summer Games. The 2008 De Rebus Antiquis Et Novis blog about Panin (Kolomenkin) explained that "an unpleasant surprise awaited Panin 'the triumph of Russian sport' (as journalists called him) in St. Petersburg. Up to that moment Nikolay Panin was safely protected from undesired talks about his pseudonym at his work place. But the secret was disclosed. The director of the department where Panin worked received a page from a newspaper. There was a big photo of a figure-skater performing some difficult pattern on the ice. The photo was encircled in red. The text below said that it was Nikolay Panin, many-time champion of Russia who had just became the gold medallist at the IV Olympics Games in London. The director was stricken by the resemblance of the champion with Nikolay Kolomenkin - an assistant of tax inspector. 'You must stop skating right away', demanded irritated director from Panin. 'It is incredible - a department worker appearing in tights before public!'... 'It is useful for health… body development… And of course the honor of the Russian State on international arena. Is it bad?' But the director didn't want to hear anything at all. Either the department or sport."

Ultimately, although Salchow might have become a ten time World Champion and earn a reputation for shooting his mouth off after his unsportsmanlike behavior in London, Panin found success in another form of shooting - he was quite accomplished in handgun shooting and actually won the 1928 Spartakiad of the Peoples of the USSR competition in this second sport at the age of fifty seven. He taught guerilla warfare to the Soviets during World War II, which makes you wonder how much of an angel he was himself? Guerilla warfare doesn't exactly scream docile to me. Speaking of being 'no angel', we also have to remember that although Salchow behaved poorly at those London Games, he did have a more endearing, human side. "Encyclopedia Brittanica" reminds us of one of Salchow's kinder moments: "Salchow was a generous competitor, and he acknowledged the talents of others. At the 1902 World Championships, Madge Syers finished second to Salchow, and he offered her his gold medal because he felt she should have won." Interestingly, this legend which has been perpetuated through skating history which paints Salchow in a better light has never been substantiated.

I guess the moral of the story is that as long as there have been sports there has been unsportsmanlike behavior. The assault on Nancy Kerrigan, Surya Bonaly removing her silver medal at the 1994 World Championships and even a lot of the cyberbullying that goes on in skating to this day on social media and online message boards... they may be more modern day phenomenons that have brought negative attention to the sport but Salchow's behavior in 1908 towards Panin was by accounts completely uncalled for itself. It was definitely a display of a less subtle, more in your face form of bullying. The moral of the story? Don't be a bully. It's simply very unbecoming.

Skate Guard is a blog dedicated to preserving the rich, colourful and fascinating history of figure skating and archives hundreds of compelling features and interviews in a searchable format for readers worldwide. Though there never has been nor will there be a charge for access to these resources, you taking the time to 'like' on the blog's Facebook page at http://www.facebook.com/SkateGuard would be so very much appreciated. Already 'liking'? Consider sharing this feature for others via social media. It would make all the difference in the blog reaching a wider audience. Have a question or comment regarding anything you have read here or have a suggestion for a topic related to figure skating history you would like to see covered? I'd love to hear from you! Learn the many ways you can reach out at http://skateguard1.blogspot.ca/p/contact.html.
Posted by Skate Guard Blog at September 09, 2014
Email ThisBlogThis!Share to TwitterShare to FacebookShare to Pinterest
Newer Post Older Post Home
"As a rule an author has one or two popular ways of contrasting the past with the present. He can treat the past as lying in comparative doleful ignorance, or he can explain that the past was infinitely superior to the day we live in. Of course, either method is the popular journalism of the moment, and in reality there is no sharp contrast, but a gradual transition which leads the past into the present." - Joel B. Liberman, Skating Club Of New York