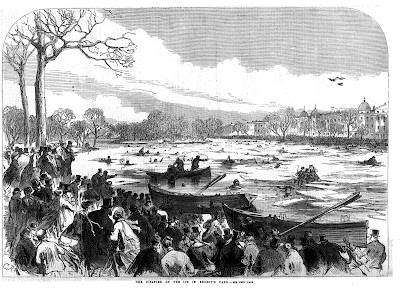 You can't sift through skating history without coming upon tale after tale of "fancy" and pleasure skaters alike meeting tragedy by falling through the ice, especially in eras of long ago when the great outdoors was the only option for outdoor skaters. However, of the many quite frankly grim tales out there none is as dreadful as the Regent's Park Skating Tragedy. 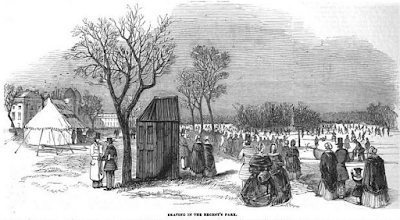 On January 15, 1867 at approximately 3:30 in the afternoon, hundreds of skaters flocked to the frozen lake in the southwest corner of Regent's Park in London, England. In the Victorian era, not only was skating incredibly popular among people of means but the hot spots to skate were advertised in newspapers and Regent's Park was certainly one of these meccas for locals looking to catch an edge. On that frigid January day, skaters chose not to heed warnings of danger after they were clearly warned of thin ice but made the decision to go skate anyway. In fact, they were even told the ice had broken the day before and twenty one people had plunged into the icy lake. They were rescued by 'icemen' (stewards) of the Skating Club which used to lake on which to practice. 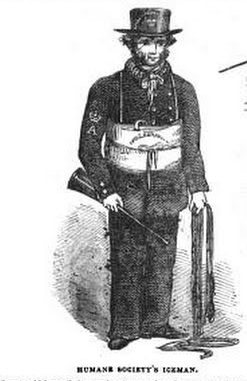 Close to the banks of the lake, the ice began to weaken under the weight of the large crowd and cracked. Anywhere from one hundred fifty to five hundred skaters (all four sources I cited in researching this blog provided varying numbers) plunged into twelve inches of frigid water. So, now you have all of these people in the incredibly freezing water wearing bulky Victorian garb and ice skates, many of whom can't swim. Keep in mind this wasn't our generation. I took swimming lessons when I was younger and am by no means a strong swimmer but I'd like to think I'd hopefully be a competent enough swimmer to save myself in a life or death situation. In icy winter waters in heavy clothing wearing skates though? I don't know. In that era, it wasn't uncommon for many people to have no clue how to swim. Police and doctors nearby rushed to the scene. Many on shore broke branches off trees or offered ropes to those struggling in the subzero water and a local boat builder even launched a vessel from the shore to aid victims battling what we now know to be hypothermia while they clung to ice floes. Those rescued were taken to hospitals, their homes and workhouses in the area. Sadly, for many it was simply too late. 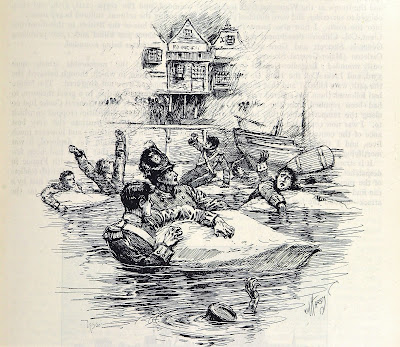 The January 19, 1867 issue of "The Spectator" described the tragedy thusly: "The frost was not so keen as it had been, and the ice had been weak- ened by being cut round the shore near private houses, in order to proven t skating trespassers from invading the gardens. A grea.t many fortunately had already left the ice as dangerous, but there were still probably 200 skaters and sliders upon it, when it gave way all at once in a hundred different places, and most of those then on the ice fell into water twelve feet deep. Much the greater number were eventually either able to escape for themselves or were rescued, but no less than thirty-seven corpses have been already found. The agitation and screams of the bystanders, many of whom saw their children, or brothers, or husbands drowning before their eyes, were even more terrible than the cries of the drowning. One lady saw her husband drown, while two others were screaming in the greatest agony for some one to save their brother. Children went down crying to their mothers for help where none could be given. The ice was too rotten to hold, and too thick for swimmers to penetrate. The boats crushed their way through it at a snail's pace with the greatest difficulty. Many were saved by ropes, of which, however, there were not a quarter enough at hand for an accident on such a scale. It was more than an hour before all those who were clinging to the floes were rescued. Several died afterwards who were not drowned, and almost all these, it is said, were delirious, supposing themselves to be swimming matches during the night. Many of the rescued were taken to private houses in the park, others to the Marylebone Workhouse."

Recovering the bodies of those who hadn't survived the tragedy proved immensely difficult as the ice quickly froze over again. Channels had to be cut in the ice and after a week of recovery efforts, a total of forty bodies were recovered from the lake. That's almost a quarter of the people that went skating that day if you go by the number of two hundred reported by most sources and you know what? As horrible as that number is it is remarkable it wasn't worse. The skaters were ultimately blamed for their decision to skate despite being warned of thin ice but it came out after the fact that park keepers had been breaking the ice around the edges of the lake to provide open water for the water fowl in the area. 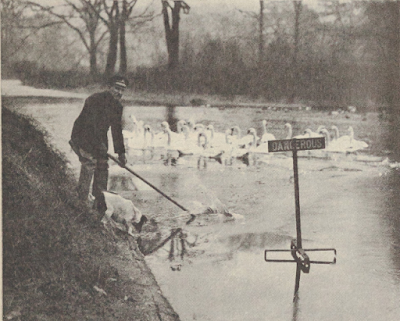 Following the Regent's Park tragedy, an inquest was held and measures were taken to ensure it didn't happen again. The depth of the lake was reduced by four to five feet and the lake bed was raised with soil and concrete to make drowning less likely. Sadly, the "it won't happen to me" mentality prevailed and a generation later, a hundred more skaters found themselves in the lake when the same thing happened again. The change of the lake's depth however proved to be a very intelligent measure as not a single person perished in the second 'big break' of the frozen Regent's Park lake. The moral of the story? If someone tells you the ice is thin, do not dive in.

Skate Guard is a blog dedicated to preserving the rich, colourful and fascinating history of figure skating and archives hundreds of compelling features and interviews in a searchable format for readers worldwide. Though there never has been nor will there be a charge for access to these resources, you taking the time to 'like' on the blog's Facebook page at http://www.facebook.com/SkateGuard would be so very much appreciated. Already 'liking'? Consider sharing this feature for others via social media. It would make all the difference in the blog reaching a wider audience. Have a question or comment regarding anything you have read here or have a suggestion for a topic related to figure skating history you would like to see covered? I'd love to hear from you! Learn the many ways you can reach out at http://skateguard1.blogspot.ca/p/contact.html.
Posted by Skate Guard Blog at September 24, 2014
Email ThisBlogThis!Share to TwitterShare to FacebookShare to Pinterest
Newer Post Older Post Home