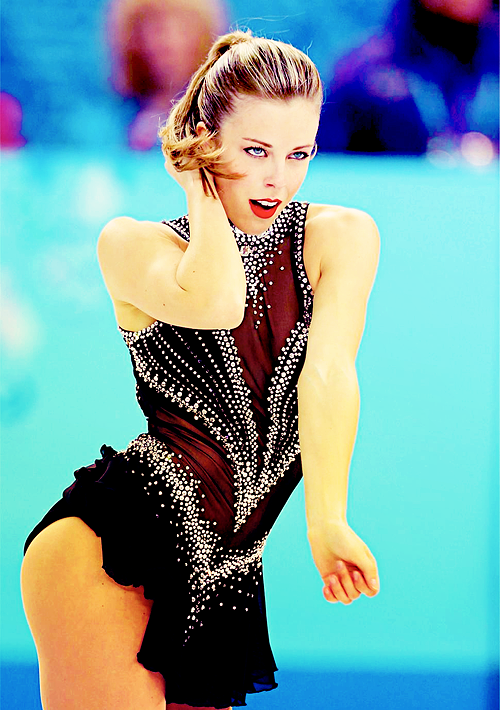 I want to preface this interview with Olympic Bronze Medallist, Four Continents Champion and two time U.S. Champion Ashley Wagner with a big thank you. Without the support of U.S. Figure Skating, Skate Canada, skaters, agents, clubs, federations and readers alike around the world I wouldn't have the opportunities to interview many of the fabulously talented skaters that I have. From the bottom of my heart, a big thanks for making this blogger from Eastern Canada very happy and giving all of you the chance to hear skaters stories from their own mouths! This interview is really special, I think. There's a wonderful sense of humor and refreshing honesty and candor about Ashley Wagner and I think if you take the time to carefully consider her words here, there might just be a big lesson in this interview as well I think. We talked about everything from the Olympics to her programs this season, focuses in training, love of performance and so much more but I personally think her answers to my last two questions in particular are just wonderfully, wonderfully well said. You know, Ashley is kind of the skater that is just a STAR out there in my eyes and I hope you'll find in getting to know her more in this interview that she's a pretty cool person as well. Grab yourself a hot bevvy, sit back and enjoy reading an interview I have every confidence you're going to love as much as I do:

Q: You've had an incredible career so far - you were part of the U.S. team that won Olympic bronze in Sochi, have won two U.S. titles, the 2012 Four Continents Championships as well as wins at Skate America and the Trophee Eric Bompard and an impressive four trips to the World Championships, including two top five finishes. Looking back on everything you've accomplished so far in your career, what moments or memories stand out above all of the rest as the most special to you?

A: Being chosen to represent the U.S. at the Olympics definitely stood out to me. Although my election in no way shape or form came about the way I had hoped, being placed on the team showed me that my federation believed in me and what I had accomplished in my career. Also, standing on the Olympic podium is a moment in my life I will never be able to forget. The energy and the experience that I'll share with my teammate for the rest of our lives is truly incredible!


Q: I first got to see you skate live at Stars On Ice here in Halifax and was absolutely impressed by your ability to relate to and reach out to an audience which I don't think television or internet coverage of skating really gets across about skaters as much as when you watch them live. Would you say that relating to audiences is something that came natural to you or is it something that you've worked really hard on over time?

A: I LOVE performing! It's the whole reason I skate. I am such a show pony and I thrive on the challenge of making all eyes turn to me. It's a rush! I try to choose pieces of music that I personally relate to and feel inspired by so that when it comes time to perform, the audience can genuinely understand what I'm trying to reach out and say, because it is more natural to me.

Q: As compared to some of the other top U.S. ladies competing right now, you really stand out as a mature presence in U.S. ladies skating. I think some of that obviously as to do with the fact you're older than many of your biggest competitors but there's also just that "it factor" going on too. You've got two new programs this season. What can you share about the creative process for both and what can we expect from you in competition this year that we haven't seen before?

A: This year, my maturity was something that really came into play when trying to choose pieces of music. Some of these girls weren't even alive when I started skating, and they'll keep on getting younger and younger from now on, so it's up to me to find a way around that. I have a lot of experience in the sport and Raf and I decided it was time to showcase that. We chose pieces of music that were very strong and emotional, even passionate. The Adagio from "Spartacus" is a HUGE selection of music and it is easy for the music to take over if you let it. The whole program is about me taking control and reaching out to the audience so they can understand just how desperate of a time my character is going through. The long is to "Moulin Rouge" and I know from the start I wanted a character that I could almost act out the program with. I wanted it to be more for the audience and everyone watching the program at home.


Q: If you were to take on pairs skating, who would be your ultimate partner?

A: I think at this point I would have to say Adam Rippon. He has been my friend for so long and I feel trust is a huge factor in pairs. Also, I wouldn't be afraid to yell at him! On second thought, he's the prettiest person I know, so maybe that wouldn't be a good idea! You can't have your partner be prettier than you, can you?

Q: What are your main focuses in training right now?

A: The triple/triple is a huge part of my training, as well as running programs and getting my endurance up beyond marathon running levels!

A: Michelle Kwan - need I say more? That one is obvious. Katarina Witt! She was so unapologetically sexy and strong and I loved that about her! Max Trankov and Tatiana Volosozhar as well. They were perfection. Everything they did was set to max for stunning.

A: (laughing) I just want a big hug! At the end of the day, I think people have really started to see me as this aggressive attention seeking athlete. In reality, beyond the rink I'm a normal person. I love cooking and baking, watching guilty pleasure TV shows, am hopelessly addicted to shoes and love biking to the beach. So be nicer to me on Twitter! I'm actually a nice, normal person!


Q: What is the biggest life lesson that skating has taught you?

A: That it's just skating. At the end of the day, my life will not crumble around me if something goes wrong. I go home, rinse off my makeup and start over the next day. People get so wrapped up in this sport - fans and athletes alike - but I just do it because I love it, and there's nothing wrong with that.

Did you enjoy this interview with Ashley Wagner? What comes next? MORE interviews, MORE skating history, MORE interesting articles for you to read, that's what! Stay tuned to the blog's Facebook page at http://www.facebook.com/SkateGuard and my Twitter feed at http://www.twitter.com/ohh_N and thanks as always for your support and most importantly... spreading the word about 'the little skating blog that could'... Skate Guard!
Posted by Skate Guard Blog at November 03, 2014
Email ThisBlogThis!Share to TwitterShare to FacebookShare to Pinterest
Newer Post Older Post Home