Skating Blogs Without Music Only Lead To Treble 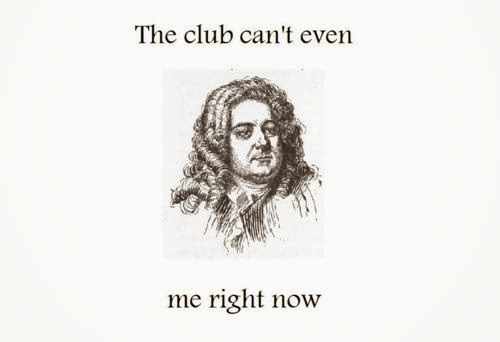 It seems like as long as skaters have been skating to music, they've been making it off the ice as well. It doesn't really come as any great surprise to me that so many skaters have found such great success in the world of music considering what a great ear for music skaters really have to have in order to interpret it.

Let's take a look at just a small sampling of some of the skaters who have, in the sport's history, ventured into the music world.

A great place to start is with 1964 Olympic Gold Medallist and World Champion Manfred Schnelldorfer. After turning professional following his Olympic and World title wins, Schnelldorfer became immensely popular in West Germany not only as an actor with roles in films such as Holiday in St. Tropez and Spukschloß im Salzkammergut but as a pop singer as well. From 1964 to 1966, Schnelldorfer released hit singles including "Wenn Du Mal Allein Bist", "Traurigsein Bringt Nichts Ein" and "Dich Hab' Ich Gesucht". And who could forget the musical stylings of Emmerich Danzer? When he wasn't winning his three World and four European titles, this Austrian Champion was finding moderate success with his hit "Sag es mir" which peaked at number eighteen on the Austrian music charts the spring after he won his final World title in 1968. I still say he and Elton John should have dueted on "Hold me close, young Emmerich Danzer." Schnelldorfer and Danzer weren't the only World Champions from the sixties to take a stab at singing. Two time Olympic Silver Medallists Marika Kilius and Hans-Jürgen Bäumler also BOTH found success as actors and singers in the sixties. Here's Bäumler singing up a storm:

Eight time Italian Champion Matilde Ciccia may have made history with partner Lamberto Ceserani as one of the three Italian teams who participated in the first official Olympic ice dance event in 1976, but like Kilius, Bäumler and Schnelldorfer, she also found herself pursuing both musical and acting careers after her competitive career winded down. In addition to acting in the films "Sbirro, la tua legge è lenta... la mia no!" and "Zappatore", Ciccia was out on vinyl in 1981 with her two track record "Roller Go", where she was pictured in roller skates. It featured the title track and the B-side "L'Estate Che Verrà". It's kitschy as anything but it's charmingly steppy at the same time!


Now it's time for one of my personal favourites! Who could forget when Katarina Witt teamed up with Loop (which included a former La Bouche singer and one of the 'real Milli Vanilli singers') to present her deliciously Eurodance hit "Skate With Me" in 1995? While the lip sync in this clip would definitely not cut the mustard on RuPaul's Drag Race, this song is deliciously toe tapping and I think someone totally needs to skate to it. I'm looking at you, Ashley Wagner!


A three time Canadian Champion and So You Think You Can Dance? Canada finalist, Emanuel Sandhu also made a foray into the music world when he released the song "Burn Up The Floor" and took to the ice to skate to it in 2007. Very much in the vein of someone like Shawn Desman, Sandhu showed that he is by no means a 'one trick pony'. Anyone that can skate, dance and sing on a high level deserves major props.


Bringing things full circle much like Sandhu, Eric Radford composed a beautiful piece of music called "Tribute" as a dedication to his late coach Paul Wirtz and used it to deliver not one but TWO tear jerking performances at the 2014 Winter Olympics in Sochi, Russia with partner Meagan Duhamel. Creating music is one thing, but the experience of bringing the music and the skating together is another entirely. The music and the program that was skated to it was simply put... just beautiful.


There are so many other skaters whose musical journeys I'd love to talk about - Robin Cousins' career on Broadway, Denis Ten's compositions and Elvis Stojko's single "Let Me Be The One" among them -  but I think my interview with skater and composer Tim Dolensky reminded that much like in the case of Eric Radford or Emanuel Sandhu, the marriage of one's own music and movement is simply put something very special. I'm really awestruck by it all. Strike up the band!

Skate Guard is a blog dedicated to preserving the rich, colourful and fascinating history of figure skating and archives hundreds of compelling features and interviews in a searchable format for readers worldwide. Though there never has been nor will there be a charge for access to these resources, you taking the time to 'like' the blog's Facebook page at http://www.facebook.com/SkateGuard would be so very much appreciated. Already 'liking'? Consider sharing this feature for others via social media. It would make all the difference in the blog reaching a wider audience. Have a question or comment regarding anything you have read here? Have a suggestion for a topic related to figure skating history you would like to see covered? I'd love to hear from you! Learn the many ways you can reach out at http://skateguard1.blogspot.ca/p/contact.html.
Posted by Skate Guard Blog at November 23, 2014
Email ThisBlogThis!Share to TwitterShare to FacebookShare to Pinterest
Newer Post Older Post Home
"As a rule an author has one or two popular ways of contrasting the past with the present. He can treat the past as lying in comparative doleful ignorance, or he can explain that the past was infinitely superior to the day we live in. Of course, either method is the popular journalism of the moment, and in reality there is no sharp contrast, but a gradual transition which leads the past into the present." - Joel B. Liberman, Skating Club Of New York