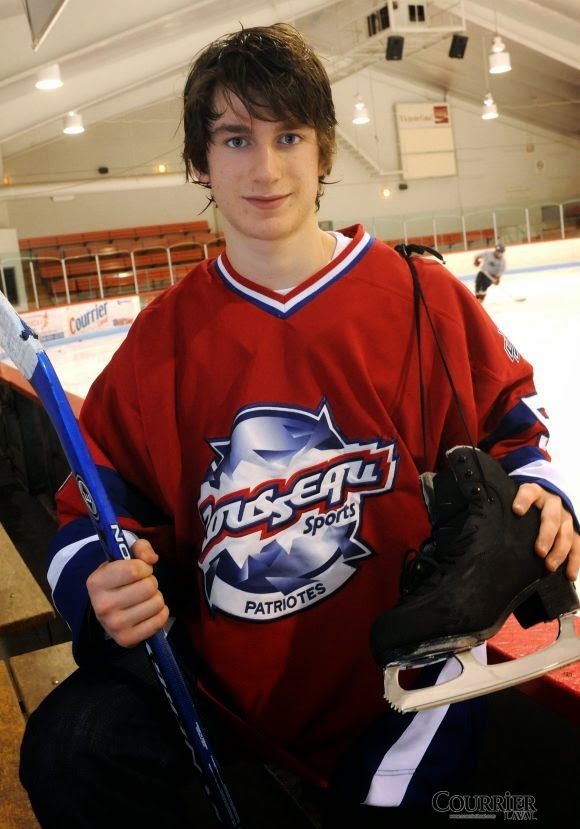 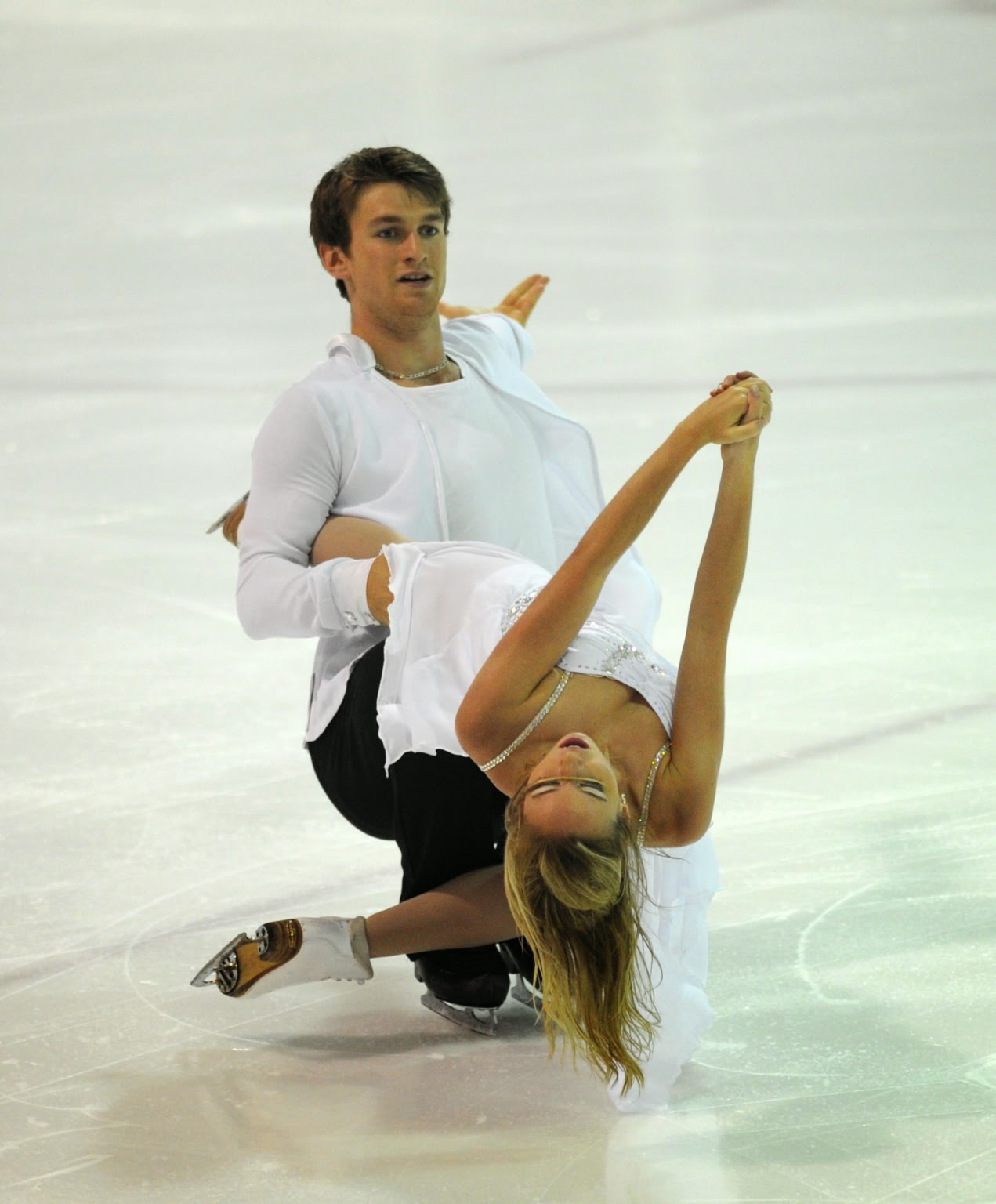 If you want to talk about breakout skaters, this season's Most Improved Skaters trophy would definitely go to the ice dance duo of Élisabeth Paradis and François-Xavier Ouellette. After competing against each other for two years in the junior ranks, the Quebec team teamed up and made their first appearance at the Canadian Championships TOGETHER in 2011. Four top ten finishes (two as juniors and two as seniors) later, this talented team made their senior Grand Prix debut at Skate America International in October and finished an incredible fourth. Following that result up with a seventh place finish at Skate Canada in Kelowna, they look poised to move up from an eighth place finish last year and make a big impact at Canada's Nationals in January in Kingston. Xavier took the time to talk to me about his life in skating and partnership, working with Marie-France Dubreuil and Patrice Lauzon, his favourite skaters and much more in this fantastic interview:

Q: This season has really been a breakout one for you and your partner Elisabeth Paradis. After finishing fifth and sixth at the junior level at the Canadian Championships in 2011 and 2012, you moved up to the senior ranks and earned a seventh place finish in 2013 and an eighth place finish last year. What can you share about your journey leading into this season? What moments were most special - and most frustrating?

A: The most special moment for me was when Elisabeth and I learned that we were going to do Skate Canada. It was so unexpected that when our friends called to tell us, we were jumping everywhere and couldn't believe them. I was feeling so lucky to be able to live this big event! I think the most frustrating part of our journey was when we were junior and didn't get any Junior Grand Prix in those two years. We didn't get the chance to show what we were able to do internationally but at the same time, it was probably the best lesson we could have to never give up and fight for what we want. We finally got our first international last year and I think we enjoyed it even more.


Q: When you finished fourth in your senior Grand Prix DEBUT at Skate America in Chicago in October, that was actually only your third international competition. What do you think has been the key to your success so far this season? Is it moreso the strength of your programs, an improvement in your skating skills or both?

A: I think that Marie-France and Patrice did an amazing job with our choreography this year. They are really unique and we connect a lot with the stories. I think that it did help a lot this year! At the same time, we worked a lot on our skating skills and interpretation in the off season and it's starting to show, although there is still room for improvement. So I think we could say that it's a little bit of both.

Q: Obviously with Tessa Virtue and Scott Moir not competing this year, the field in Canadian ice dance has opened up a little bit more, but there's still such depth in the field right now. What are your goals for the Canadian Championships in Kingston in January and looking beyond?

A: Yes, I agree that dance is stronger than ever in Canada and I think this is what pushes everybody to be even better. Our goal for Nationals this year is to get on the national team and maybe get a podium. In the long term, our goal is to get to the 2018 Olympics.

Q: As you mentioned before, you train in Montreal with five time Canadian Champions and two time World Medallists Marie-France Dubreuil and Patrice Lauzon as well as Pascal Denis and Romain Haguenauer. That's quite the talented coaching team. How does each member of your team push you to be better than you were the day before?

A: Each of our coaches brings their own little thing, which is the reason why our school here in Montreal is so complete. Marie-France is the artist of the group. She always looks at the choreography as a whole to make sure a story is told and every movement makes sense. The complete opposite is Patrice, the technician. He makes sure we get the maximum technical score and also he is the one who organizes the schedules and everything. Romain is so meticulous on every little detail and he also has so much experience in international coaching to help us getting ready for the biggest events. Pascal is my very first ice dance coach. He is the one who made me love that sport so much. He helps me a lot mentally and also knows how to make the connections work on the ice. Finally, what makes the school special is not only the skating coaches, but also the rest of the team. We work with a fantastic ballroom teacher, Ginette Cournoyer and a theater coach, Catherine Pinard, for interpretation. We also have our trainers, Paul Gagné and Scott Berish, and our ballet teacher, Daria Kruszel.

A: Patrice is definitely one of them! Scott Moir is also there. Both of them have this special thing which is that they skate not only with their partner, but mostly for her so that she always looks at her best. They are also, of course, great individual skaters. The third one, I would say is Kurt Browning for his amazing footworks and entertaining and original programs.

A: That I used to be a hockey player and still love that sport a lot. Also, I am a huge movie fan, I watch a movie or part of a movie almost every day.

Q: What advice would you give to someone who wanted to be a competitive ice dancer?

A: You need a lot of patience and perseverance. I know it's a classic but I sincerely believe it is the key to success. I still tell it to myself everyday. It might not work today or tomorrow, but if you keep working it will pay off at one point.

In order for this blog to reach a wider audience, I could sure use a little help. All you have to do is "LIKE" the blog's Facebook page at http://www.facebook.com/SkateGuard for instant access to all of the new blog articles, features and interviews as they are made available. I also share daily updates and headlines from the skating world, videos and much more that's not here on the blog, so if you love figure skating as much I do, it would really be rude not to get on that inside edge! You can also follow all of the fun along on Twitter at http://twitter.com/SkateGuardBlog. If you know someone who loves skating, tell them! It's all about getting a dialogue going on! Fabulous skating is too fabulous to keep secret. Am I right or am I right?
Posted by Skate Guard Blog at December 09, 2014
Email ThisBlogThis!Share to TwitterShare to FacebookShare to Pinterest
Newer Post Older Post Home
"As a rule an author has one or two popular ways of contrasting the past with the present. He can treat the past as lying in comparative doleful ignorance, or he can explain that the past was infinitely superior to the day we live in. Of course, either method is the popular journalism of the moment, and in reality there is no sharp contrast, but a gradual transition which leads the past into the present." - Joel B. Liberman, Skating Club Of New York