Regular Or Decaf?: Sonja Henie And The Airline Debacle 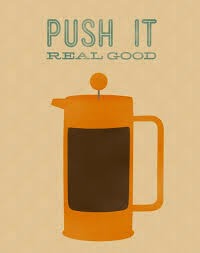 In this day and age, for many air travel is not only a convenience but a necessity. Facing hard facts, gone are the days where long cross Atlantic trips on luxury liners or leisurely train rides are practical or even possible with the busy schedule and fast paced lives that we live in this day and age. What's hard to fathom is that there was a time less than a century ago when air travel was still considered very much a luxury. Taking an international flight in the thirties was nothing for your pocketbook to sneeze at. If you adjust prices for inflation, ticket costs back in those days could run as high as twenty thousand dollars for a single flight in today's market. Flights weren't just more expensive back then, they took much longer. For instance, a trip from England to Australia in 1938 took eleven days and made over a dozen scheduled stops. Today, the same journey could be completed in twenty two hours with a single layover and cost as little as two thousand dollars. Flying was so different back then though. For starters, you got dressed up in your finest, you didn't eat vacuum packed "sandwiches" and you certainly weren't hit up for money to listen to an in flight film. The prohibitive cost of traveling by air meant that if you weren't well to do, you didn't get to fly. That said, few actresses in the world were as well known or wealthy as three time Olympic Gold Medallist Sonja Henie... and the reason you didn't see her flying all over the world was a completely different one.


But first... a little Come Fly With Me!

In the 1950's, Dee Merian was a TWA hostess. In her book "Southern California Stories", Merian offered a glimpse into the reason Henie didn't often fly: "Sonja Henie was on all the major airline's blacklist and not allowed to travel with any of them. It was a short list of individuals who for one reason or another always gave the airline a bad experience. Sonja Henie once had a tantrum, and threw hot coffee in the face of a hostess because she was denied another alcoholic beverage on a TWA flight. Howard Hughes, our CEO, agreed she should not be allowed any further TWA courtesies." That didn't stop the always determined Henie. She made her reservations on TWA under her married name and made it aboard a flight that Merian was working on. She wrote, "I decided to wipe my mind of Sonja's past deeds, and help the other hostess serve beverages. When I offered Sonja Henie, now Mrs. Onstad a beverage, I announced it was nice having her aboard. 'It has been a long time since I skated at your Westwood Ice Rink. I always enjoyed myself,' I told her smiling. She turned to her husband and said something in Norwegian. Her companions laughed. She refused to acknowledge that she understood any English. Maybe she knew she came aboard under false pretenses. If TWA had known her real identity, she would not have been allowed on the plane." It appears that the world's airlines softened their ban on Henie over time. After all, it was on October 12, 1969 that Henie sadly passed away on an ambulance plane that was returning from Paris to Oslo. The October 13, 1969 New York Times article "Sonja Henie, Skating Star, Dies" explains that "Miss Henie had been suffering from leukemia for the last nine months. In Paris yesterday her condition worsened, and it was decided to fly her home. Her husband, Neils Onstad, a Norwegian shipowner, said she 'just slept away' halfway through the two-hour flight." There's a very sad irony in that her death took place aboard an airplane, the very place that just ten years previous she most certainly wouldn't have even been allowed to book a ticket. Even more ironic is the song "Fly On Ice", as featured in her last film "Hello London" with the lyrics that speak of flying "happy and free". Triply ironic? The fact that Henie's picture has adorned the tails of a Boeing 737-300, Boeing 737-800 and Norwegian Air Shuttle's first Boeing 787 Dreamliner.


The notoriously "difficult" Henie wouldn't be the only skater to get herself into trouble while flying. In 2008, Alexander Abt (the 2003 Russian Champion and two time European Medallist) caused quite a spectacle on a flight from New York to Moscow, where he was headed to perform in the Russian Ice Age event. After drinking a little too much, Abt reportedly jumped from his seat and was bothering and insulting other passengers. A Yoki.ru article states that Abt was subdued, albeit protesting and shouting. Although he was released, I don't imagine his antics went over any better with the airlines than Henie's scalding java in the face incident.

I guess the moral of the story in all of this isn't just to behave yourself when you are flying. It's also that, like all of us, skaters are humans and humans make mistakes. Sadly though, in Henie's case, the mistake may not have come back to haunt her as much as she came back to haunt us.

Skate Guard is a blog dedicated to preserving the rich, colourful and fascinating history of figure skating and archives hundreds of compelling features and interviews in a searchable format for readers worldwide. Though there never has been nor will there be a charge for access to these resources, you taking the time to 'like' on the blog's Facebook page at http://www.facebook.com/SkateGuard would be so very much appreciated. Already 'liking'? Consider sharing this feature for others via social media. It would make all the difference in the blog reaching a wider audience. Have a question or comment regarding anything you have read here or have a suggestion for a topic related to figure skating history you would like to see covered? I'd love to hear from you! Learn the many ways you can reach out at http://skateguard1.blogspot.ca/p/contact.html.
Posted by Skate Guard Blog at January 13, 2015
Email ThisBlogThis!Share to TwitterShare to FacebookShare to Pinterest
Newer Post Older Post Home
"As a rule an author has one or two popular ways of contrasting the past with the present. He can treat the past as lying in comparative doleful ignorance, or he can explain that the past was infinitely superior to the day we live in. Of course, either method is the popular journalism of the moment, and in reality there is no sharp contrast, but a gradual transition which leads the past into the present." - Joel B. Liberman, Skating Club Of New York