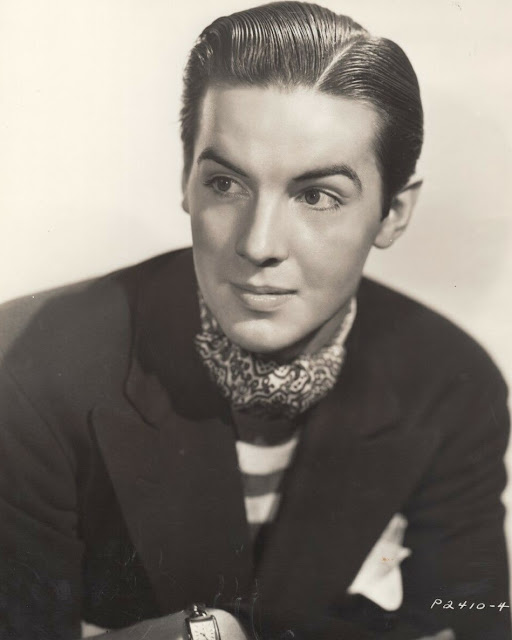 In his 1889 essay "The Decay Of Lying", Oscar Wilde wrote that "life imitates art far more than art imitates life". The story of the tragic death of John 'Jack' Edward Powell Dunn is certainly a case of a little of column A and column B. 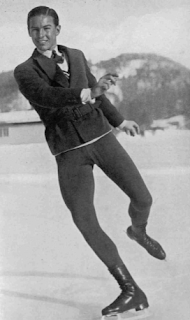 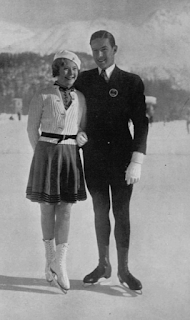 To mix things up, let's start with the bad news and work our way backwards! The July 16, 1938 edition of the "Miami News" noted, "Death cheated Jack Dunn, British champion ice skater, of the film role for which he had waited two years. The 21-year-old captain of the British 1936 Olympics skating team died last night of tularemia, a rare disease spread by rabbits, on the day he was scheduled to start his first picture. Coming here after the [Olympic] games, he was signed by Universal and later by Paramount. But while Sonja Henie, with whom he appeared in skating in exhibitions, rose to stardom, Dunn remained idle. Recently he signed with Edward Small Productions and was cast in the leading role of 'The Duke of West Point'. Upon its completion he was to have played Rudolph Valentino in a picturization of the late movie idol's life." 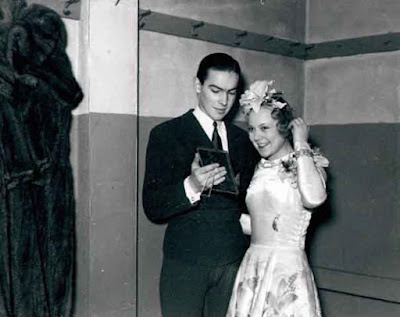 Like Rudolph Valentino, who died in 1926 at the age of thirty one, Jackie's life was cut short at a very young age... just when his future never seemed brighter. Before we take a more in depth look at the tragedy that befell Jackie, I want to start "at the beginning" and take a brief look at his successes in competitive skating before he joined forces with Sonja Henie. 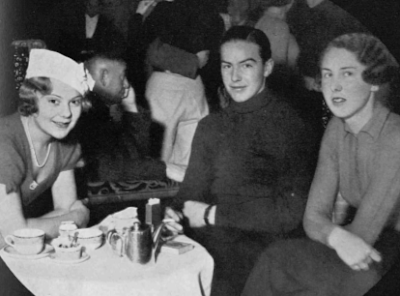 To begin, the "Miami News" was erroneous in stating that Jackie was a British Champion skater. Facing stiff competition at home from Henry Graham Sharp, Jackie was unable to claim the British title but did find enormous success in his brief competitive career. He made his first appearance at the European Championships in 1934, finishing sixth and returned the following year to finish just off the podium in fourth. His greatest success came at the 1935 World Figure Skating Championships in Budapest, Hungary, where he was able to outrank his rival Sharp and win the silver medal behind Olympic Gold Medallist Karl Schäfer. Jackie finished sixth at the 1936 Olympics in Germany and despite a second place finish in the free skate at the 1936 World Championships in Paris, was unable to move up from a fifth place finish in the school figures and finished just off the podium in fourth. 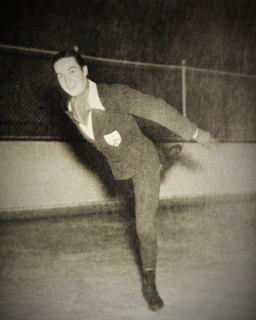 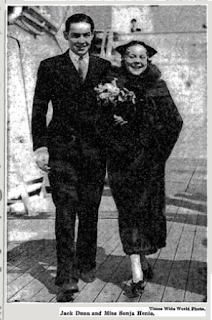 At nineteen, Jackie abruptly decided to end his competitive career. After a stint skating opposite Sonja Henie's rival Cecilia Colledge in a series of British ice shows, he travelled with the Henie family to the U.S. and for two years toured in Sonja's ice revue as her pairs partner in the show. Jackie and Henie had a romance going on off the ice as well, but all of that came to a halt when she became romantically tangled up with Tyrone Power who (incidentally) perhaps didn't just enjoy the company of the ladies. Here's where things get even more interesting. So plucked from England to come skate in Sonja Henie's tour, we have this jilted lover in Hollywood who's had a taste of show business and wants to make a name for himself. Jackie had a striking resemblance to the late Rudolph Valentino, who he was set to play in a movie. 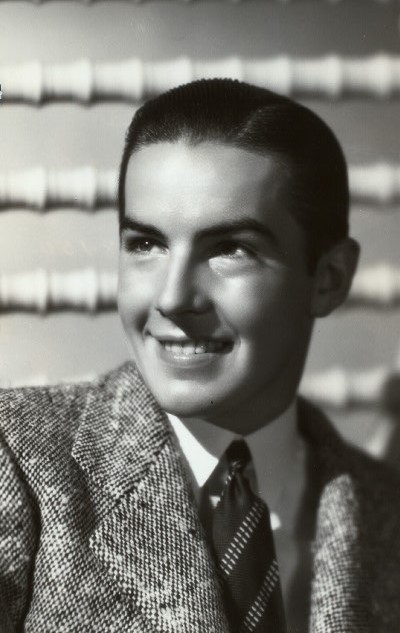 Photo courtesy New York Public Library
According to the book "Real Ghosts, Restless Spirits, and Haunted Places" by Brad Steiger and the blog Unsolved Mysteries Of The World,  "It was in 1920 that Valentino, at the peak of his success, saw the ring in a San Francisco jeweller's. The proprietor warned him that the ring was a jinx, but Valentino still bought it. He wore the ring in his next picture, The Young Rajah. It was the biggest flop of his career and he was off the screen for the next two years. Valentino did not wear the ring again until he used it as a costume prop in The Son of the Sheik. Three weeks after finishing this film, he went to New York on vacation. While wearing the ring, he suffered an acute attack of appendicitis. Two weeks later, he was dead... Pola Negri, a famous female movie star of the time, asked to pick a memento from Valentino's possessions, chose the ring-and almost immediately suffered a long period of ill health that threatened to end her career. A year later, while convalescing, she met a performer who was almost Valentino's double, Russ Colombo. Miss Negri was so struck by the resemblance that she gave him Rudolph's ring, saying, 'From one Valentino to another.' Within a few days of receiving the gift, Russ Colombo was killed in a freak shooting accident. His cousin passed the ring on to Russ's best friend, Joe Casino. Also at the height of his popularity as an entertainer, Casino took no chances with the ring. Instead of wearing it, he kept it in a glass case in memory of his dead friend. When he was asked to donate it to a museum of Valentino relics, he refused, saying that he treasured it for sentimental reasons.   As time passed, Joe Casino forgot the ring's evil reputation and put it on. A week later, still wearing the ring, he was knocked down by a truck and killed. By now the curse was front-page news. When asked what he proposed to do with the ring, Joe's brother, Del, explained that he could not allow himself to be intimidated by a curse, or jinx, or ghost, or whatever it was. He didn't believe in things like that. Del Casino wore the ring for some time and nothing unusual happened. Then he lent it to a collector of Valentino relics, who suffered no ill effects either. This caused several newspapers to speculate that at last the evil influence of the ring had come to an end. And that seemed to trigger off a new wave of violence. One night soon afterward, the home of Del Casino was burgled. The police saw the burglar, a man named James Willis, running from the scene. One of them fired a warning shot, but the bullet went low and killed Willis. Among the loot found in his possession was the Valentino ring.   It was at this time that Hollywood producer Edward Small decided to make a film based on Valentino's career. Jack Dunn, a former skating partner to ice star Sonja Henie, bore a great resemblance to Rudolph and was asked to make a film test for the part. He dressed in Valentino's clothes for the test - and also wore the jinxed ring. Only twenty-one years old at the time, Dunn died ten days later from a rare blood disease. After this tragedy the ring was kept out of sight and never worn by anyone again."

Although rare and only fatal in one percent of reported (modern) cases, tularemia is most commonly reported among hunters, cooks and agricultural workers. What are the seemingly slim odds that a champion figure skater who went on a casual hunting trip would end up with this rare disease while wearing this supposedly cursed ring and be the last one to wear it before he was supposed to play the role of the person who bought it in a film? I'm sorry, but that's like insane and just doesn't add up. 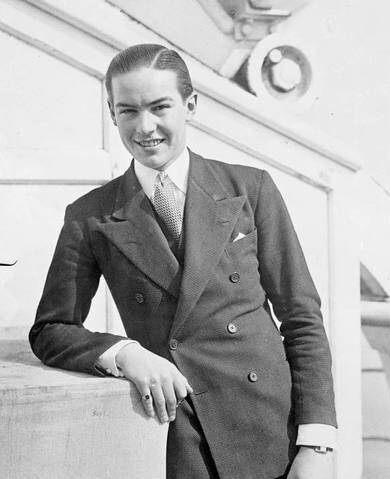 Whether you believe in curses or not, the mysterious death of Jackie Dunn certainly begs more questions than it offers answers... and remains one of figure skating's greatest mysteries.

Skate Guard is a blog dedicated to preserving the rich, colourful and fascinating history of figure skating and archives hundreds of compelling features and interviews in a searchable format for readers worldwide. Though there never has been nor will there be a charge for access to these resources, you taking the time to 'like' on the blog's Facebook page at http://www.facebook.com/SkateGuard would be so very much appreciated. Already 'liking'? Consider sharing this feature for others via social media. It would make all the difference in the blog reaching a wider audience. Have a question or comment regarding anything you have read here or have a suggestion for a topic related to figure skating history you would like to see covered? I'd love to hear from you! Learn the many ways you can reach out at http://skateguard1.blogspot.ca/p/contact.html.
Posted by Skate Guard Blog at February 19, 2015
Email ThisBlogThis!Share to TwitterShare to FacebookShare to Pinterest
Newer Post Older Post Home