Hailing from Vienna, Austria, Karl Schäfer remains to this day one of the most accomplished male athletes figure skating has ever seen. Along with Gillis Grafström and Dick Button, he is one of only three skaters to win an Olympic men's title more than once (not counting Evgeni Plushenko who won an Olympic men's and team gold medal). He won a whopping seven consecutive World titles from 1930 to 1936 and eight consecutive European titles from 1929 to 1936. However, the story of Karl Schäfer is so much more than trophies and medals and through a little research, I'm excited to be able to share a bit more of that story with you than you might have previously known. 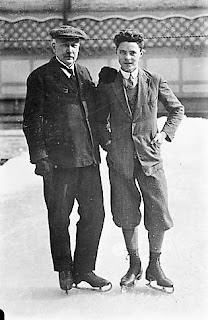 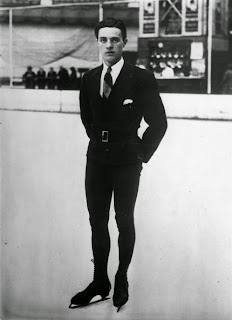 Karl Schäfer was born on May 17, 1909 and like most who make it to the top took up skating at a young age. He was discovered by coach Rudolf Kutzer at eleven years of age and trained at the artificial ice rink built by the father of 1924 Olympic Pairs Champion Eduard Engelmann Jr., Eduard Engelmann Sr. Although Karl was well known as a master of the school figures, he was quite an athlete for the time and as early as 1925 in his mid-teens was practicing double loops and double lutzes at events, long before anyone had officially landed either in competition. He was an unconventional competitor in that while most skaters of the era designed their programs without music and asked an on-site orchestra to play a waltz or a ten-step as a simple backdrop to the steps, spins and jumps in their free skating routine, he created actual choreography on the fly that properly interpreted the music played. He was in this way seemingly much like master improviser Gary Beacom. In his book "Figure Skating's Greatest Stars", Steve Milton shared U.S. judge Joel Liberman's impression of Karl's free skating: "Schäfer says he has no real program. He introduces elements from his vast pool of them, as the music allows. His rather casual program depends upon execution and surprise more than pattern. Every move with Schäfer must be a novelty." Among his trademarks were his single axel, spread eagle and sit spin.

Not only a strong skater, Karl found success as a swimmer, winning the Austrian breaststroke title seven times. At the 1928 Summer Olympics in Amsterdam, he competed in the two hundred meter breaststroke. After qualifying from the first heat with a time of 2:56.6, he was unfortunately eliminated in the second semi-final of the event. He and Eduard Engelmann Jr. also won three Austrian titles in motorboating (Peter Griffin laugh) in the 750 cm3 class. 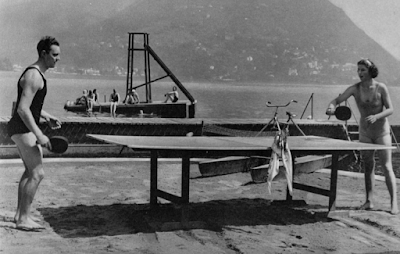 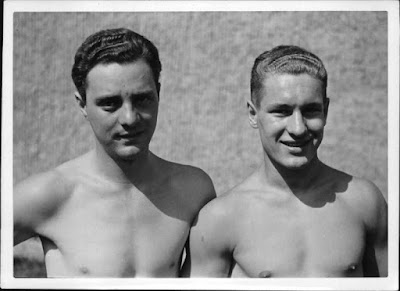 Karl was also a very talented musician as well. He played both the saxophone and violin and later in life had his very own dance band. One might say that his understanding of music while playing it contributed to his ability to so expertly improvise to and interpret it. The versatile Austrian also excelled as tennis. 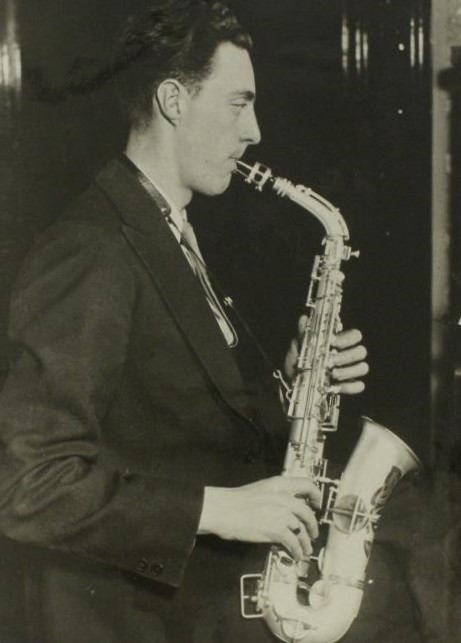 His career wasn't without controversy, and the biggest one was through absolutely no fault of his own. At the 1930 European Championships, the referee and Yugoslavian judge both were not certified by the ISU. This fact wasn't discovered until after the competition. Czechoslovakian Jozef Sliva (who had never placed higher than fourth at an international competition) won, defeating Karl, and the ISU ended up ordering the competition to be reskated a month later in Berlin. Karl won; Sliva did not attend. Gotta love judging funny business. It's been around since the beginning and still goes on... 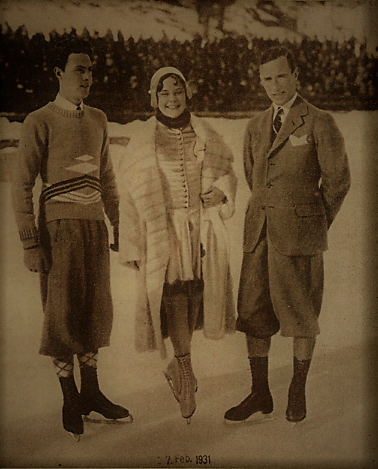 Okay, back! Just had to get a quick hug from Alla Shekhovtsova. We'll carry on with Karl Schäfer! 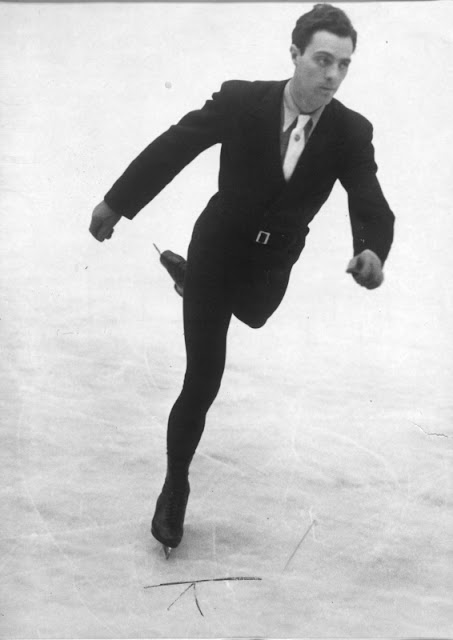 After defeating a who's who of skating during that era to win his seven World titles and two Olympic gold medals including three time and reigning Olympic men's champion Gillis Grafström at the 1932 Games, Karl retired from competition in 1936. He married fellow skater Christine Engelmann (the daughter of Eduard Engelmann) and skated professionally in U.S. club carnivals, on Crystal Lake in West Orange, New Jersey and on his Gay Blades tour with 1932 Olympic Bronze Medallist Maribel Vinson (where she met her future husband Guy Owen). 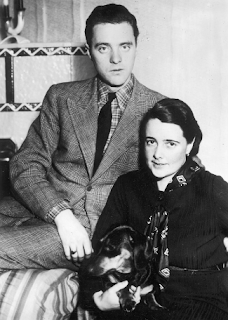 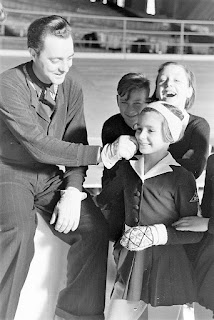 In 1938, he returned to Vienna and opened a sports store. He also worked with skating coach Herta Wachter and formed the Karl-Schäfer-Eisrevue, which was a forerunner to the popular Vienna Ice Revue. In 1943, Karl and Olly Holzmann starred in the film "Der weiße Traum" (The White Dream), which was produced on Engelmann's ice rink. 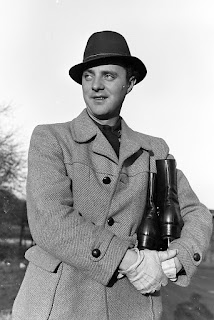 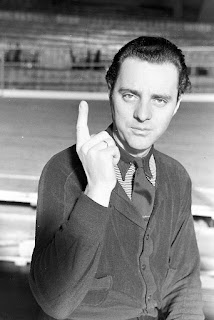 By the end of World War II, Eduard Engelmann Sr. had passed away and the rink had been damaged badly by bombings. Karl worked with the family both physically and financially to help rebuild it. He stayed and taught skating at the rink for ten years before moving to the U.S. to teach skaters there until 1962. He then returned to his beloved Vienna where he lived and taught skating until his death on April 23, 1976 at the age of only sixty six. He was buried in the Hernalser cemetery in Vienna in the Engelmann family tomb. 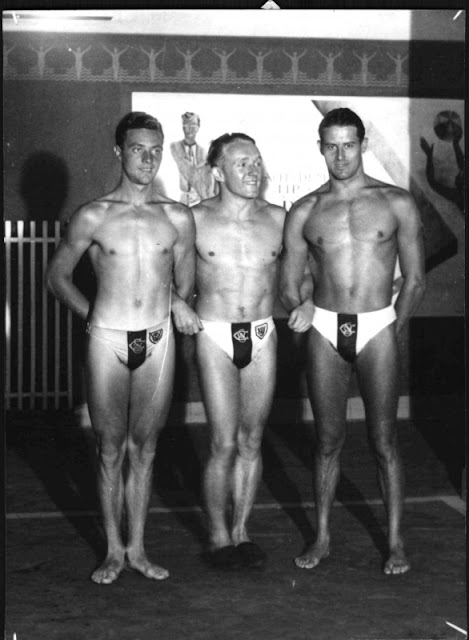 According to Siegfried Neuhold, "Schäfer received the large gold medal for services to the Republic of Austria and the large golden Medal of the Province of Vienna. In the foyer, the stairway to the ice skating rink in the Syring 6-8 in 1988 unveiled a plaque commemorating Karl. A street in Vienna was named after him." Within the figure skating community, he was remembered with the annual Karl Schäfer Memorial competition, which was held annually from 1974 to 2008. Winners over the years included fantastic skaters like Brian Orser, Nancy Kerrigan, Lu Chen, Carolina Kostner, Tatiana Volosozhar, Margarita Drobiazko and Povilas Vanagas, Laetitia Hubert, Rudy Galindo, Nicole Bobek, Michael Chack, Kyoko Ina and Jason Dungjen, Tomáš Verner, Oksana Domnina and Maxim Shabalin and Krisztina Czako, In 1997 and 2005 the event served as an Olympic qualifying competition for countries who had not previously qualified spots for skaters through the World Championships process. 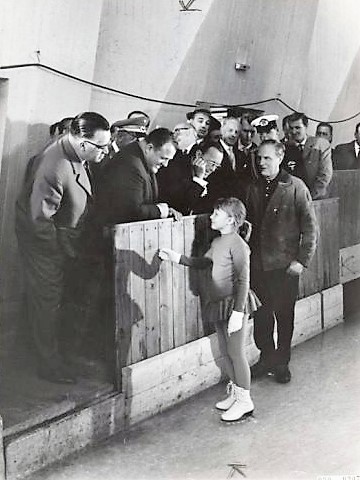 Karl  not only made it through seven years on the top undefeated with the exception of that hullabaloo in 1930, but also went on to do a really good thing for skating. He personally helped rebuild the rink that he trained on after World War II, which provided a training space for a whole new generation of talented skaters in his country to succeed and carry on where he'd finished... and Austrian skaters did continue to succeed! I also love that he shared his knowledge in the U.S. as well. We owe a lot of gratitude for this man's contributions to skating.

Skate Guard is a blog dedicated to preserving the rich, colourful and fascinating history of figure skating and archives hundreds of compelling features and interviews in a searchable format for readers worldwide. Though there never has been nor will there be a charge for access to these resources, you taking the time to 'like' on the blog's Facebook page at http://www.facebook.com/SkateGuard would be so very much appreciated. Already 'liking'? Consider sharing this feature for others via social media. It would make all the difference in the blog reaching a wider audience. Have a question or comment regarding anything you have read here or have a suggestion for a topic related to figure skating history you would like to see covered? I'd love to hear from you! Learn the many ways you can reach out at http://skateguard1.blogspot.ca/p/contact.html.
Posted by Skate Guard Blog at March 19, 2015
Email ThisBlogThis!Share to TwitterShare to FacebookShare to Pinterest
Newer Post Older Post Home