In decades and centuries past, religious leaders have long used their positions of influence to condemn everything from rock and roll music to dancing as "the work of the devil". What many may not know is that once upon a time figure skating was the fire and brimstone flavour of the month.

I want to share with you an editorial called "Skating To Perdition" from the February 21, 1885 edition of The Lutheran Witness that expresses this very arcane point: "The skating rink craze has become epidemic in this country, and is spreading in every direction in spite of all righteous opposition. If it were one of the silly, harmless crazes that sometimes affect empty heads and light heels, it might be left to run its natural course, like a case of the cold. But it is a demoralizing evil, injuring the health, corrupting the morals, and ruining of the souls of some of the infatuated devotees of the rink. The denunciations of our correspondents in this issue are not a whit too strong. Even secular papers, like the 'New York Tribune' and the 'Sun', have been moved to protest against the skating rink as an evil. Another journal says it should be suppressed by law as a nuisance, and still another declares it to be worse than the ordinary theater. The pastor of a Methodist church in Binghamton, N.Y., stated in his pulpit recently that he knew of fourteen girls who had been ruined by these sinks of iniquity. He knew of many men who could not pay their honest debts because of money expended at the rinks. He knew of contracts for the purchase of homes that had been given up for the same reason. He knew of many families which had been broken up by the scandals started in these places. 'The Highway Of Holiness' charges that the habitues of the rinks gamble in a small way for almost everything; the exercise is often overexertion; accidents occur, in the form of broken arms, etc.; 'there is a doubtless a chase present to see the ladies fall, and the gentlemen fall over them,' and it is an expensive amusement. 'The Christian Advocate' says that these rinks have led to a great increase of extravagance; many of them have side-shows attached; there are opportunities for indiscretions, the first steps towards vice; there is no parental supervision; legitimate business of various kinds is interfered with, and the craze is a direct antagonist of religious effort. 'The Lowell Sun' charges some rinks to be the result of the most immoral class of the community, prostitutes and libertines, both married and unmarried... 'We believe,' says the Sun, it is in its effects the most immoral licensed institution that we have; that it is the cause of more and more immorality... The theaters are a Sunday School compared to it.' These are strong words; but we believe they are fully warranted by the facts. The rinks of Cleveland can furnish additional illustrations. No true Christian, or anybody else who has a conscientious regard for his honor, character and influence, [should] frequent the place of evil where thoughtless youths are ensured their destruction. Away with the rink!"

This kind of mentality even extended well into the twentieth century. In February 1978, a reporter for "La Voz Eterna" magazine wrote, "Roller skating or ice skating at a rink where music is played is not a place for a Christian, whether it is a school class party or otherwise. One may try to justify the music by saying: music is played to drown out the loud noise of the skates, but this is not so. This is the voice of the devil speaking. The music here, too, gets under the feet and in the body. Before one is even aware of it, one is listening to the music and unconsciously moving with the music."


Not to be disrespectful to anyone's religious beliefs (I'm a live and let live kinda guy) but I was actually laughing my ass off as I transcribed these quotes. The reality is though that even today, there are actually people in this world who believe that homosexuality is a choice and/or a sin, that we have a right to dictate what people do with their own bodies... You know what I mean and which political and religious groups and figures I'm referring to. And you know what, bless their pointy heads. They probably don't know any better. But as much as we may all share a laugh and an eye roll at this archaic way of thinking, maybe we can take from all of this that ways of thinking change over the years. What seemed logical to some over a century ago will seem silly a century later. 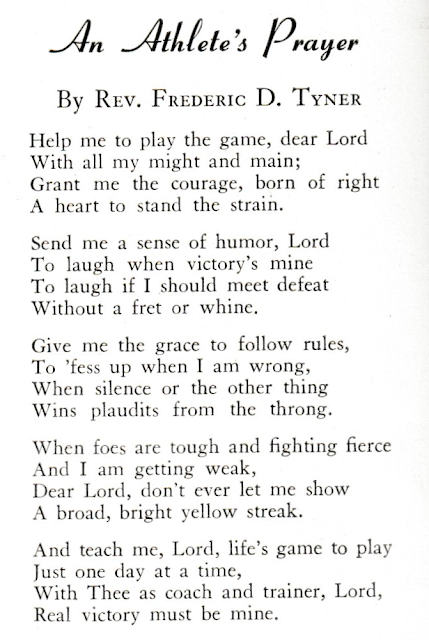 I do know this though... if we're all going to a fiery hell because we love figure skating, at least we will be Lutzing and looping in great company.

Skate Guard is a blog dedicated to preserving the rich, colourful and fascinating history of figure skating and archives hundreds of compelling features and interviews in a searchable format for readers worldwide. Though there never has been nor will there be a charge for access to these resources, you taking the time to 'like' on the blog's Facebook page at http://www.facebook.com/SkateGuard would be so very much appreciated. Already 'liking'? Consider sharing this feature for others via social media. It would make all the difference in the blog reaching a wider audience. Have a question or comment regarding anything you have read here or have a suggestion for a topic related to figure skating history you would like to see covered? I'd love to hear from you! Learn the many ways you can reach out at http://skateguard1.blogspot.ca/p/contact.html.
Posted by Skate Guard Blog at August 20, 2015
Email ThisBlogThis!Share to TwitterShare to FacebookShare to Pinterest
Newer Post Older Post Home