There's a wealth of conflicting information out there about skating pioneer Jackson Haines but one story that is not only absolutely fascinating but also largely unknown is that of his work with his then-teenage Austrian protégé Franz Bellazi. 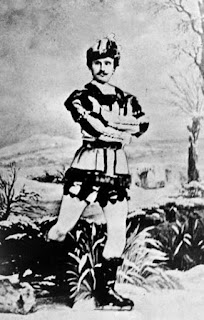 We all know that Haines was a huge hit in Vienna with his productions set to music that he had composed especially for his productions. However, the story of his performances with Belazzi is a little more ice shattering. Nigel Brown's authoritative 1959 book "Ice-Skating: A History" tells us that "another brilliant pupil of Haines was Franz Bellazi, a born show-skater. It was perhaps this particular aptitude that made him Haines' favourite. When he was seventeen he partnered his master in exhibitions in Vienna and Prague, and on these occasions Haines skated at the same time as Bellazi. After an introduction together each one performed his own programme and on its conclusion both skaters joined in the centre and executed a jump or two, terminating with a Viennese waltz of Haines' invention. The second half of the programme was exclusively theatrical. Haines appeared as a bear and Belazzi as his trainer. The scene was a village square. Thunderous applause greeted the skaters when the exhibition ended with the bear waltzing with the young trainer. Bellazi continued to play an important role in Vienna even when at nearly eighty years old he was on the board of the Engelmann Ice-rink." 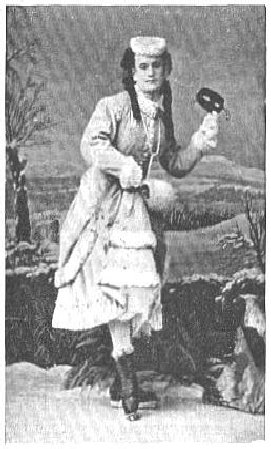 Well, well, well... To think it all started with nineteenth century same sex ice dancing. Bet you didn't see that one coming! Haines didn't just settle for dressing up like a (polar) bear or waltzing with his male student. Like Callie C. Curtis who was featured in the most recent Axels In The Attic podcast, Haines also appeared in female dress and even wore the folk costumes of Savoyards and Russians. princes and paupers. He sometimes experimented with roller skates and stilt-skates and became friendly with Tsar Alexander II, 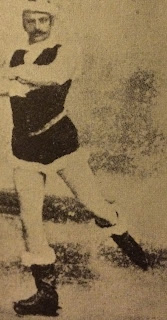 His balletic style, flashy costumes, no wife by his side, his social circle and close relationships with male students like Bellazi and fellow Vienna Skating Club member Leopold Frey have long led inquisitive minds to speculate about the American skating pioneer's true sexual orientation. We weren't there and we don't know who he was making babies with but we DO know he certainly was a barrier breaker and the father of the International Style of skating. 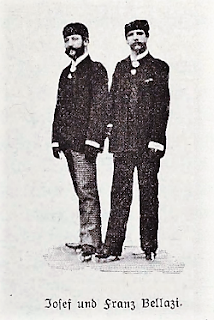 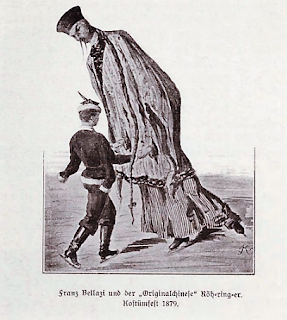 Nigel Brown said it well when he noted that "the triumph that Jackson Haines enjoyed as an exhibition-skater in Europe was due to a number of factors. He arrived on the Continent at a time when ice-skating was quite unimpressive and little developed as a spectacular art, and so he electrified the skating world by his revolutionary interpretation of sliding over ice and he conquered the general public by his theatricalism and showmanship. The serious skater had not visualized such a stagy approach to skating, and the ordinary spectator witnessed a new type of entertainment which pleased and thrilled. Adding to this a magnetic personality, it can be understood how he went from success to success as he travelled from one capital to another. His career was meteoric." 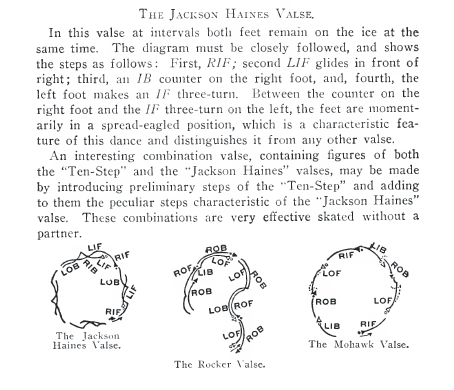 Meteoric and ahead by a century... and I often have to wonder the more I think about it... Was Jackson Haines the previous incarnation of a John Curry or a Toller Cranston? It wouldn't shock me in the least.

Skate Guard is a blog dedicated to preserving the rich, colourful and fascinating history of figure skating and archives hundreds of compelling features and interviews in a searchable format for readers worldwide. Though there never has been nor will there be a charge for access to these resources, you taking the time to 'like' on the blog's Facebook page at http://www.facebook.com/SkateGuard would be so very much appreciated. Already 'liking'? Consider sharing this feature for others via social media. It would make all the difference in the blog reaching a wider audience. Have a question or comment regarding anything you have read here or have a suggestion for a topic related figure skating history you would like to see covered? I'd love to hear from you! Learn the many ways you can reach out at http://skateguard1.blogspot.ca/p/contact.html.
Posted by Skate Guard Blog at August 12, 2015
Email ThisBlogThis!Share to TwitterShare to FacebookShare to Pinterest
Newer Post Older Post Home
"As a rule an author has one or two popular ways of contrasting the past with the present. He can treat the past as lying in comparative doleful ignorance, or he can explain that the past was infinitely superior to the day we live in. Of course, either method is the popular journalism of the moment, and in reality there is no sharp contrast, but a gradual transition which leads the past into the present." - Joel B. Liberman, Skating Club Of New York