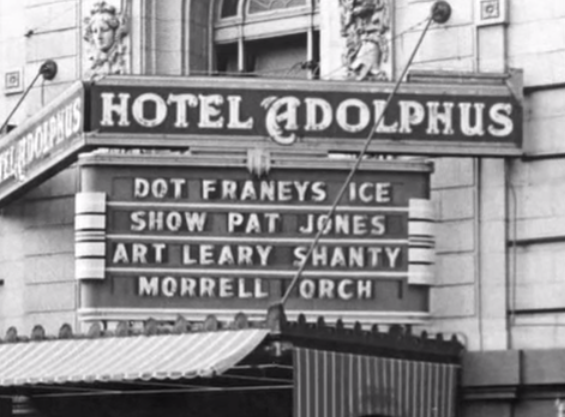 In 2012, the Adolphus Hotel in downtown Dallas, Texas celebrated its one hundredth birthday. The hotel opened two years before World War I and has played host to some pretty famous guests over the years, most notably Queen Elizabeth II, The King Of Norway, Edith Piaf, Amelia Earhart, Babe Ruth, the Vanderbilt's, Oscar de la Renta, Estée Lauder and Julia Child. The hotel also played an unlikely and incredibly important part in figure skating history. From 1936 to 1965, the hotel had a rolling retractable tank ice skating rink installed in its Century Room. The Century Room was a multi use space that was many things to many people: a Hawaiian restaurant, nightclub, ballroom with live music by Glenn Miller and His Orchestra and skating venue... and make no mistake, it was the place to be and be seen in the Texas city in its day. 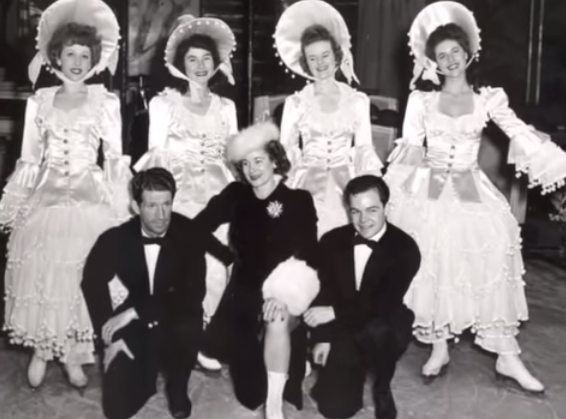 When ice show producer Art Victor came to the U.S. from Europe in the thirties, his first job was the production of the College Inn Ice Revue at Chicago's Sherman Hotel, which was wildly successful and proved that skating shows at hotels absolutely worked. From there, Victor went to Hollywood to produce an opening show at the Westwood Ice Gardens before turning his attention to the Adolphus Hotel in Dallas. A January 1943 article from Billboard Magazine explained that "when the hotel installed its rink, many assured the manager, H. Fuller Stevens, that he would have to close after eight weeks. They are still amazed at the business the hotel is doing with its all-year ice policy. Victor knows skating and how to get the best out of the available talent. When his skaters tell him that the steps he wants them to do are impossible, he put on his skates and shows them. Many skating stars have been discovered and developed by him." Under Victor's direction, the shows established the concept of bringing in permanent casts for the hotel shows to save on transportation and rehearsal expenses and new productions were put together every four weeks. One of the most popular during Victor's time at the helm was Dorothy Lewis' Ice Time show.

Things changed at the Adolphus. In the summer of 1943, U.S. Olympic speed skating turned figure skating star Dorothy Franey Langkop was offered a six week run with her skating show at the hotel after performances in the Iceolite Revue with Sammy Jarvis at the Book-Cadillac Hotel in Detroit, St. Louis Park Plaza Hotel and shows in Chicago, Mexico City, Kansas City and at Rockefeller Center in New York established her as a bona fide skating attraction. Franey choreographed, directed, produced and starred in her Dot Franey Ice Revue which opened in The Century Room in October of that year was held over for the next fourteen years. She created new shows for the hotel every six weeks. In its heyday, the Adolphus Hotel ice shows were so hugely popular with the society women of the south that reservations for her lunchtime shows had to made two weeks in advance. The shows featured ice comedians, adagio pairs acts, ensemble pieces and of course Franey, who skated on speed skates, figure skates and stilt skates in the shows. For the record, Dot Franey was kind of a big deal. 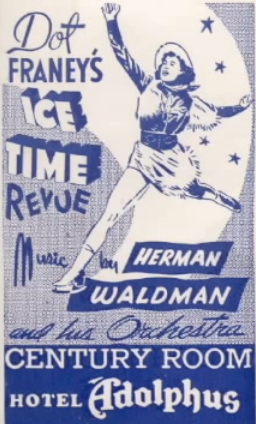 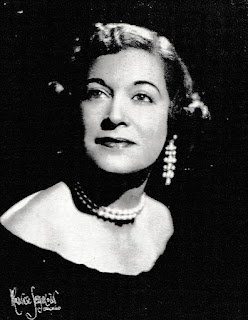 A huge part of the appeal of the Adolphus Hotel skating shows was the fact that they offered audiences the whole dining/entertainment/dancing experience. As the rink was retractable, after audiences were finished eating, drinking and being entertained, they could get down on the dance floor when the rink was rolled back. As well, skating was much more of a novelty in the southern U.S. at the time than in the north and as Linda and Steve Bauer noted in their book "Recipes From Historic Texas", "most Southwest citizens had never seen skating on ice." 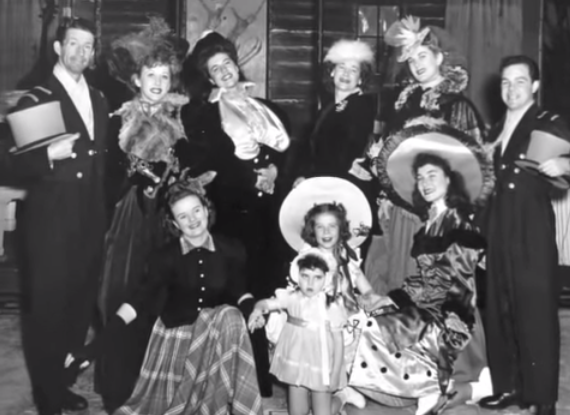 Although the shows waned in popularity in the early sixties and the ice was removed, The Adolphus Hotel is still very much in operation today. The Century Room is now called The French Room and serves as a fine dining establishment. The Adolphus may have traded in its lutzes for lamb shanks and langoustines but this unlikely Southern skating mecca of yesteryear's contribution to skating history is indisputable.

Skate Guard is a blog dedicated to preserving the rich, colourful and fascinating history of figure skating and archives hundreds of compelling features and interviews in a searchable format for readers worldwide. Though there never has been nor will there be a charge for access to these resources, you taking the time to 'like' on the blog's Facebook page at http://www.facebook.com/SkateGuard would be so very much appreciated. Already 'liking'? Consider sharing this feature for others via social media. It would make all the difference in the blog reaching a wider audience. Have a question or comment regarding anything you have read here or have a suggestion for a topic related to figure skating history you would like to see covered? I'd love to hear from you! Learn the many ways you can reach out at http://skateguard1.blogspot.ca/p/contact.html.
Posted by Skate Guard Blog at September 01, 2015
Email ThisBlogThis!Share to TwitterShare to FacebookShare to Pinterest
Newer Post Older Post Home
"As a rule an author has one or two popular ways of contrasting the past with the present. He can treat the past as lying in comparative doleful ignorance, or he can explain that the past was infinitely superior to the day we live in. Of course, either method is the popular journalism of the moment, and in reality there is no sharp contrast, but a gradual transition which leads the past into the present." - Joel B. Liberman, Skating Club Of New York