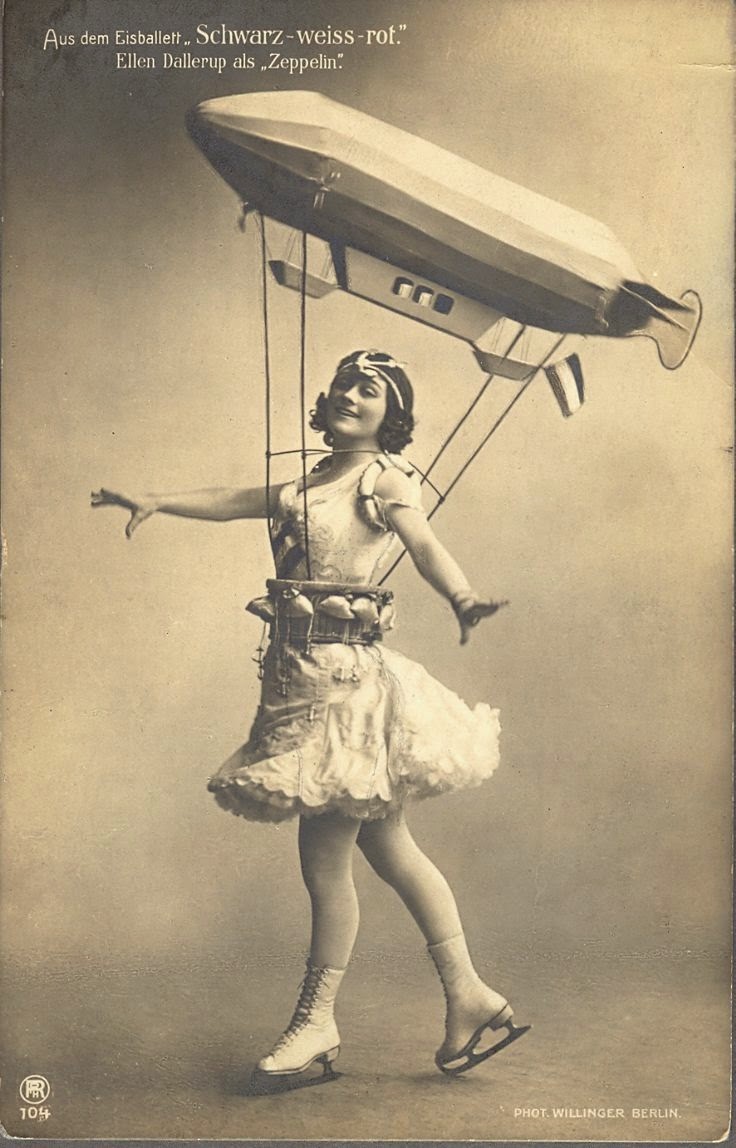 Practically perfect in every way, Julie Andrews delighted as the nanny who flew around via umbrella in the 1964 film "Mary Poppins". She wasn't the first one to fly in the air and delight audiences though. Skaters had been doing it for decades... and the one we're going to focus on today is Denmark's Ellen Dallerup, a contemporary and cast mate of Charlotte Oelschlägel who in her own way made a quite an impression on audiences in her day. 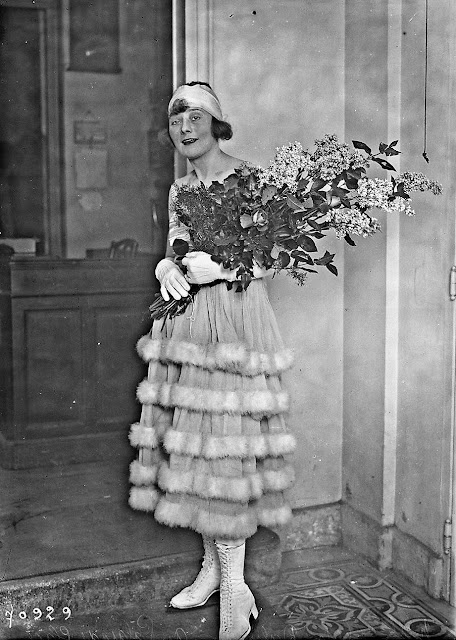 Ellen performed alongside Charlotte in the ice ballets that were part of the massive "Hip, Hip Hooray" and "The Big Show" productions at New York City's Hippodrome Theatre. Like Charlotte, Ellen was discovered by New York City theatrical producer Charles Dillingham as a performer in the early twentieth century Eisballets at Admiralspalast in Germany, which were essentially combinations of pantomime and musical comedy acted out on ice skates. Although Charlotte became the big star, Ellen too earned her own following in these shows. The February 13, 1916 edition of "The Oregonian" praised her highly: "Hilda [Rückert] and Ellen Dallerup share with Charlotte the titles of 'Queen of the Ice.' While Miss Dallerup goes further and is 'Queen of the Film Ice Skaters', acting for the Paramount Pictures as mannequin for their swell skating costumes, and giving a few sample glides and curves. If the skill as well as the costume showed upon the screen, dressmakers could ask fabulous prices for the wonderful creations designed for ice skating." Furthermore, the September 9, 1916 "Brooklyn Life" review of "The Big Show" compares Charlotte with Ellen: "There probably never was a woman skater of so much feminine charm combined with so much masculine agility and muscular strength, but in grace of execution she is surpassed by Ellen Dallerup." 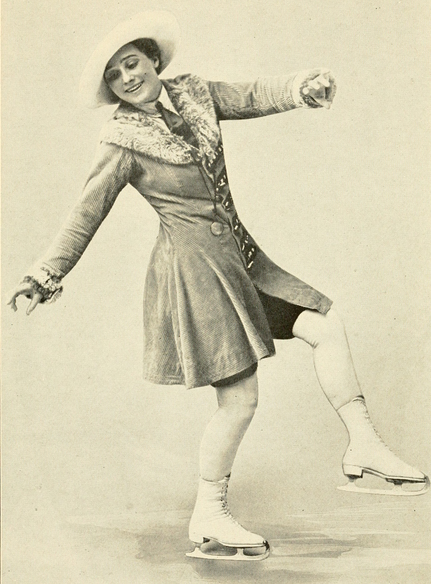 Ellen continued to gain attention in her next gig, a production called "Jack o'Lantern". This too was a show produced by Dillingham and it played both in Philadelphia at the Forrest Theatre and on Broadway at The Globe. The show was again a mixed music/acting/skating hodge podge and was well received by critics. Circus performer Fred Stone even learned to skate specifically for this production. The book "That Moaning Saxophone : The Six Brown Brothers and the Dawning of a Musical" by Bruce Vermazen describes the show's grand finale and Ellen's big moment in detail: "A snowstorm is falling on an ice rink that covers most of the stage. Costumed in 'blue silk set off with white fur', a beautiful young woman (Ellen Dallerup during the 1918-19 season, Katie [Schmidt] the following year) enters, a marvelously graceful and brilliant skater who pirouettes and whirls all over the ice, who dances and leaps and glides as though skating was the easiest and most natural game in the world." 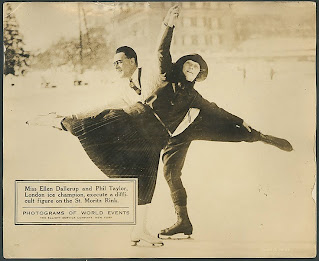 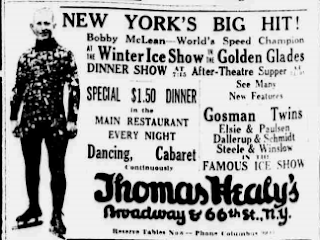 After stints in a couple of other American shows, Ellen returned to Europe and skated with Phil Taylor, a notable speed skater and Ice Capades stilt skating performer in St. Moritz, Switzerland. At one point during her early career, she even skated with a prop zeppelin attached to her, as pictured above. As I said before, move over Mary Poppins!
Later, Ellen turned to coaching in Great Britain and was actually the second coach of four time World Champion Jean Westwood! I was able to find little more about her later life beyond a coaching stint in Manchester in the late forties, but if she flew through life with the grace with which she appears to have skated, I'm sure she passed life's tests with flying colours.

Skate Guard is a blog dedicated to preserving the rich, colourful and fascinating history of figure skating and archives hundreds of compelling features and interviews in a searchable format for readers worldwide. Though there never has been nor will there be a charge for access to these resources, you taking the time to 'like' on the blog's Facebook page at http://www.facebook.com/SkateGuard would be so very much appreciated. Already 'liking'? Consider sharing this feature for others via social media. It would make all the difference in the blog reaching a wider audience. Have a question or comment regarding anything you have read here or have a suggestion for a topic related to figure skating history you would like to see covered? I'd love to hear from you! Learn the many ways you can reach out at http://skateguard1.blogspot.ca/p/contact.html.
Posted by Skate Guard Blog at November 14, 2015
Email ThisBlogThis!Share to TwitterShare to FacebookShare to Pinterest
Newer Post Older Post Home