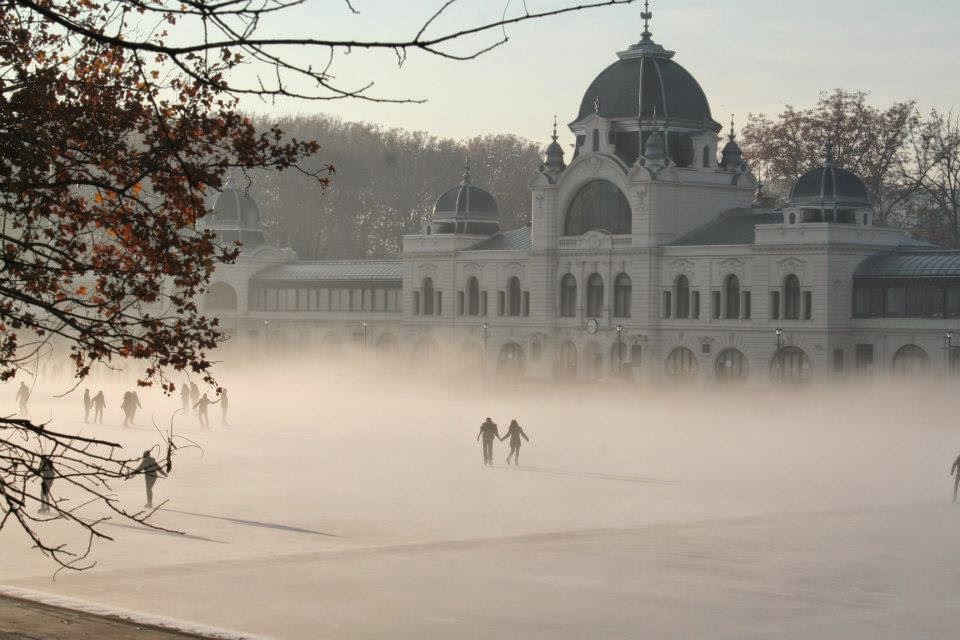 With the medal drought for Hungarian skaters in recent years in the marquee events, it may come to some surprise to many readers to put things in perspective and realize that skaters from Hungary have actually won twenty one World or European titles and six Olympic medals and this often overlooked skating nation has one of the deepest and most interesting histories out there.

József Veto's 1965 book "Sports In Hungary" tells us that "Hungarians were made familiar with skating in the middle of the nineteenth century." In present day, Budapest is actually home of the second oldest AND the largest outdoor artificial ice surface in all of Europe, the Városligeti Műjégpálya (City Park Ice Rink)... and the history of that rink takes us back to the period that Veto referred to. The story of the Városligeti Műjégpálya actually began on November 12, 1869, when the Budapesti Korcsolyázó Egylet (Pest Skating Club) was officially formed under the direction of Géza Kresz in the gaming room of the Steingasser (Petôfi) Coffee House on the Danube. 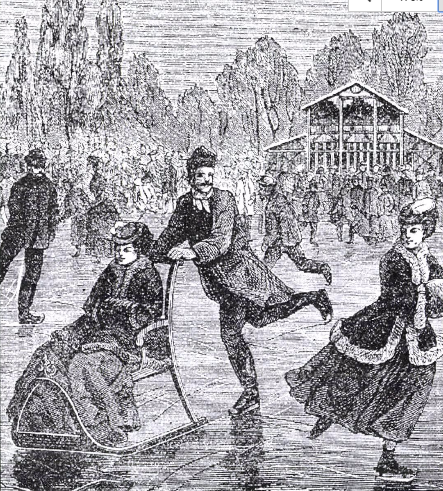 Kresz and the club's core members campaigned fiercely to the city council for permission to establish a skating rink in a small part of the park's lake every winter and quickly got the go ahead. At the time, skating was free of charge to anyone who wanted to get out there and skate. The base of the rink was the country's first 'skating house' which was actually a two-room wooden cottage built specifically for skaters to properly dress for skating and put on their skates. On January 29, 1870, the rink had a grand opening in the presence of Rudolf, Crown Prince Of Austria-Hungary and on February 2 of that year the first skating competition ever in Budapest was held. According to a November 25, 2014 article by Balázs Dezs, the 'skating house' "mysteriously burned down in 1874". Shortly thereafter, the city agreed to the Pest Skating Club's request for a new and more grand 'skating house' to be designed by famed architect Ödön Lechner. The lavish building Lechner designed and erected still survives today includes a grand hall with a panoramic view of the ice surface and a music room. The popularity of skating at the Városligeti Műjégpálya simply boomed so much a second building had to be built, so in 1895 a neo-baroque style building was added to the area.

Városligeti Műjégpálya. On January 6, 1871 in what was the rink's second year of existence, Jackson Haines gave an exhibition to members of the Pest Skating Club and Austro-Hungarian aristocracy there. He was so popular with audiences that the next winter he returned and gave two more exhibitions on January 6 and 7, 1872. The impact he made on skating in Budapest was undoubtedly marked as interest in figure skating grew relatively quickly in the country thereafter. Tibor von Földváry represented Hungary at the second European Championships held in Vienna in 1892 and three year's later the rink played host to the 1895 European Championships, which von Földváry handily won in front of an appreciative home crowd. He would go on to play an integral role developing the early rules of the International Skating Union.

Five years later, on January 20 and 21, 1900, the country's first National Championships in figure skating were held at the rink and eight years later, the Hungarian Figure Skating Association was formed. The country's very first World Champion, Lili Kronberger (who was also only the second female World Champion in history) actually won her second of four consecutive World titles at the Városligeti Műjégpálya in her home city the next year in 1909. I use the term 'won' loosely because she was actually the only skater in the ladies event that year... but a gold medal is a gold medal. When Kronberger retired in 1911, the next three World titles pre-World War I were won by ANOTHER member of the Pest Skating Club, Budapest's own Zsófia Méray-Horváth.

The rich skating community in Budapest suffered a huge blow during World War I when initial plans to develop the skating club were put on hold for financial reasons. A 1920 article from the Hungarian Association explained that due to finances and the War "the former champions are no longer able to compete and if you can not compete, you do not know how to relate to advanced non-residents that the situation in the finances of the ice rink's plan will not be achieved for years from now. It will be good if the natural ice rink can be maintained but all of this ultimately inhibits the development of sports, not to say it is impossible." It took a few years for things to come around but in 1926, an outdoor artificial surface was built to replace the lake rink and in 1968 that surface was extended in size. The new surface brought in many travelling ice shows and in 1929, the Városligeti Műjégpálya played host to the ladies and pairs World Championships, where hometown favourites and future two time European Champions Olga Orgonista and Sándor Szalay won their first international medal. Those World Championships were also the site of Sonja Henie's third of ten World titles. The rink would go on to play host to the 1935 and 1939 World Championships for the men and pairs before another World War set the Városligeti Műjégpálya back in an incredible way.

Bombed and severely damaged during World War II, the Városligeti Műjégpálya incredibly reopened for business in 1945 and has since played host to World Championships in both speed skating and bandy as well as the 1955 and 1963 European Championships in figure skating. At the 1955 event, another Hungarian pairs team, the brother/sister duo of Marianna and László Nagy walked away with the gold medal. Sadly though (depending on which country you're cheering on I suppose), the last time the Hungarian anthem was played during a medal ceremony at the World Championships was in 1980, when ice dancers Krisztina Regőczy and András Sallay took home the gold at Worlds in Dortmund, West Germany.


Hungary for some great skating? The Városligeti Műjégpálya, which is now a national heritage site, still thrives during winter months in the city. The cost of a full day pass to skate is approximately $5.50 in Canadian dollars, a pittance considering the skating history you'll be surrounded by. If you decide to make the trek, have a hot bowl of Halászlé and think of Jackson Haines!

Skate Guard is a blog dedicated to preserving the rich, colourful and fascinating history of figure skating and archives hundreds of compelling features and interviews in a searchable format for readers worldwide. Though there never has been nor will there be a charge for access to these resources, you taking the time to 'like' on the blog's Facebook page at http://www.facebook.com/SkateGuard would be so very much appreciated. Already 'liking'? Consider sharing this feature for others via social media. It would make all the difference in the blog reaching a wider audience. Have a question or comment regarding anything you have read here or have a suggestion for a topic related to figure skating history you would like to see covered? I'd love to hear from you! Learn the many ways you can reach out at http://skateguard1.blogspot.ca/p/contact.html.
Posted by Skate Guard Blog at December 16, 2015
Email ThisBlogThis!Share to TwitterShare to FacebookShare to Pinterest
Newer Post Older Post Home