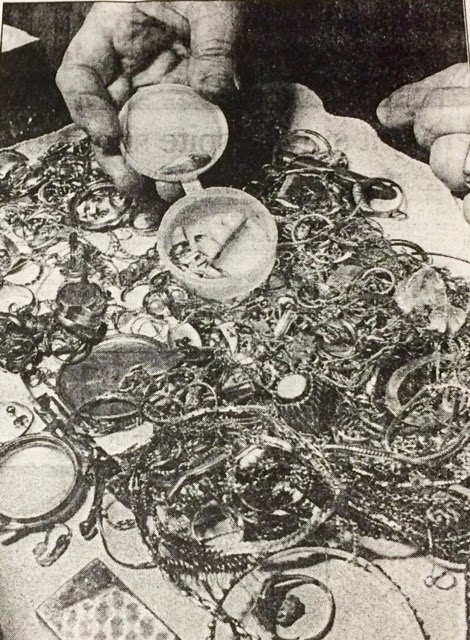 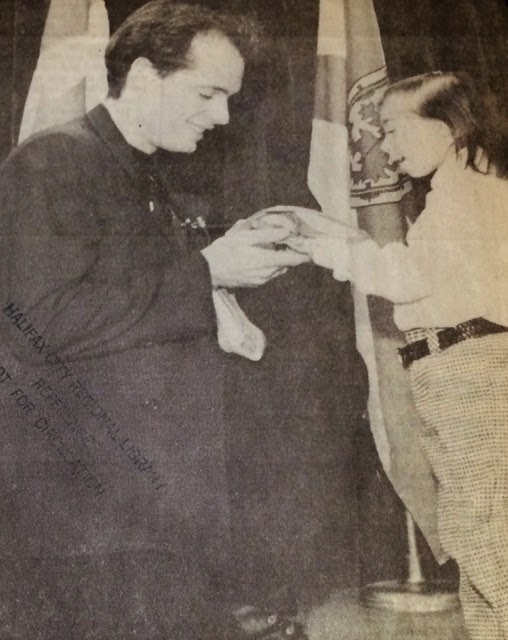 The daily coverage on Skate Guard leading up to the 2016 Canadian Tire National Skating Championships continues with a really heartwarming story about a skater you MAY have heard of? His name's Kurt Browning and he's kind of a big deal in these parts.

In March of 1990, Kurt won his second of four World titles here in Halifax and for decades now, he's been bringing huge smiles to the faces of Maritimers by returning year after year as the perennial and always show-stopping star of Stars On Ice. One story many might NOT know or remember is that of the gold medal that Canadian skating fans gave Kurt after his third Olympic experience in the Lillehammer, Norway in 1994. It was meant to represent the Olympic gold medal he unfortunately never won but that his fans always steadfastly believed he deserved... and it came from right here in this very province. 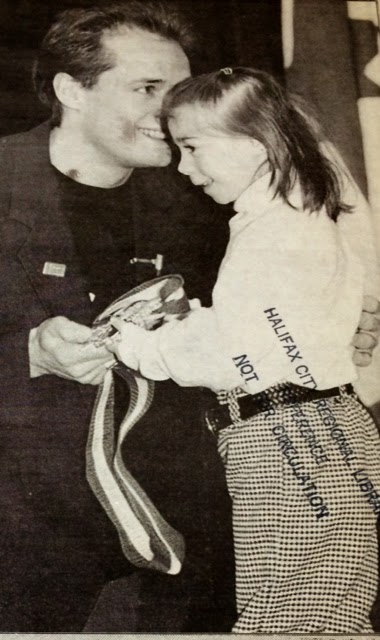 Four Nova Scotia women - Bev Pettersen of Upper Tantallon, Colleen Hennessy of Bedford and Barb Snarby and Dorothy Anne MacKinnon of Liverpool - started a nationwide campaign for gold donations after Browning apologized for missing his final shot at Olympic gold. They came pouring in from coast to coast - gold-filled teeth, old wedding bands (including his own mother's), watches, chains, bracelets, brooches, gold-tipped fountain pens and gold nuggets from the Yukon River. The article "Browning Gold Rush" from the March 23, 1994 issue of The Mail Star explains how Bedford goldsmith Don Bell volunteered weeks of his time to work on the creation of the medal, which would normally cost between forty and fifty thousand dollars to design. It featured a maple leaf, an outline of Canada and a figure of Kurt in the middle. So much gold was donated that enough was leftover to make him a lapel pin as well. Of the medal, Bell said, "Every time I get talking about it, I get all choked up. It's amazing the amount of things that people sent in. To have the people part with something that's part of them just to say this is for Kurt, this is because we are proud of him, is heartwarming." Petterson said of her Gold For Kurt campaign that "it took more than a decade of work for him to earn the fans he has, so it's for his whole career of skating amateur. He's been a great role model and represented Canada so well." 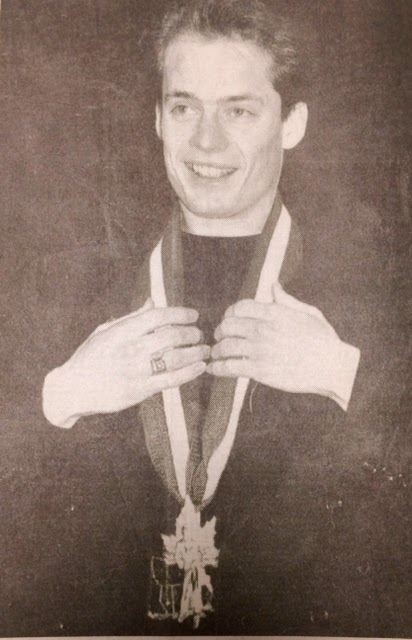 The medal was presented to Kurt at the World Trade And Convention Centre in Downtown Halifax in April of 1994 by a six year old skater with cancer registered with the Children's Wish Foundation named Megan Rendall and in turn, Kurt made a five thousand dollar donation to Muscular Dystrophy Of Canada, a cause he represented. The article "Golden tribute honors Browning" from the April 9, 1994 issue of The Chronicle Herald gives an adorable account of the presentation: "After the medal presentation, Browning leaned down and kissed her cheek and she ran off stage, grinning ear to ear. The tiny six-year-old said later she wanted to marry Browning." If that doesn't make you smile, what does?

On the presentation, Kurt said in the April 7 edition of The Mail Star's article "All that glitters" that "it's an unusual situation and a very unusual honor... For me it's the last seven or eight years of my career. It's kind of a symbol of the support that everyone has given me for those years... It has nothing to do with getting gold medals at the Olympics, because to be happy I don't need one." Whether he needed that symbolic Olympic gold medal or not, I think it speaks to the impact he made to an entire country that he received it. That medal shines as a golden example if there ever was one of the impact a great skater can make on a nation and it makes me smile to know that it came from right here in Nova Scotia.

Skate Guard is a blog dedicated to preserving the rich, colourful and fascinating history of figure skating and archives hundreds of compelling features and interviews in a searchable format for readers worldwide. Though there never has been nor will there be a charge for access to these resources, you taking the time to 'like' on the blog's Facebook page at http://www.facebook.com/SkateGuard would be so very much appreciated. Already 'liking'? Consider sharing this feature for others via social media. It would make all the difference in the blog reaching a wider audience. Have a question or comment regarding anything you have read here or have a suggestion for a topic related to figure skating history you would like to see covered? I'd love to hear from you! Learn the many ways you can reach out at http://skateguard1.blogspot.ca/p/contact.html.
Posted by Skate Guard Blog at January 12, 2016
Email ThisBlogThis!Share to TwitterShare to FacebookShare to Pinterest
Newer Post Older Post Home