Skating On The Tivoli Circuit 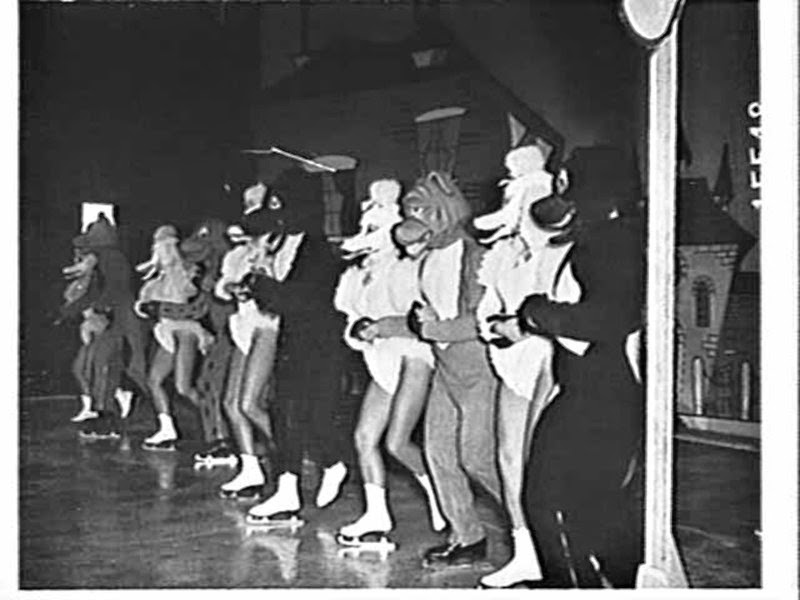 Australia's figure skating history is just rife with fascinating stories. One that is far too often overlooked is the series of Down Under ice theatre shows in the fifties and sixties starring Sydney born ice show star Pat Gregory. Gregory was a precocious young skater who didn't really have much of an 'amateur' career but made a name for herself as a professional skater in England in the late forties and early fifties skating alongside Cecilia Colledge and Barbara Ann Scott in Tom Arnold's lavish ice pantomimes. When she returned to her home country, she starred in scaled down versions based on Arnold's shows such as "Rose Marie On Ice" and "Puss And Boots On Ice" on the The Tivoli Circuit. 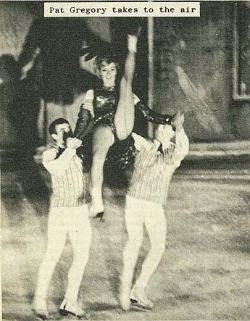 The Tivoli Circuit was first established in the late nineteenth century by a British music hall comedian named Harry Rickards. The premise was to bring a variety of different stage shows on tour to Australian theatres. The touring operation exchanged hands a few times but retained its popularity for over half a century. Its home base was the former Grand Opera House in Sydney which was renamed as the New Tivoli Theatre in 1932 and that venue is precisely where the majority of Gregory's skating shows flourished in the fifties and sixties. These shows did however go on tour to great acclaim as The Tivoli Circuit included stops at theatres in Melbourne, Adelaide, Perth, Brisbane and Kalgoorlie where makeshift ice was set up on stages to accommodate the productions. 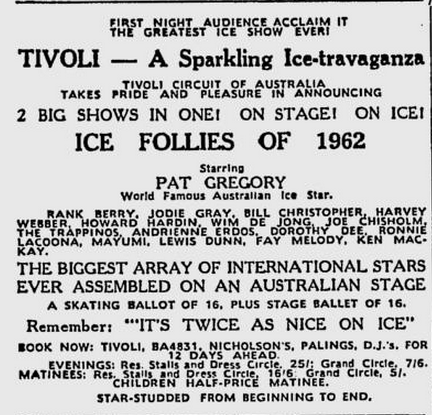 Interestingly, Pat Gregory was friends with another Australian skater who turned professional in her teens named Pat Argue. Argue's professional career also started in Europe (with the encouragement of Gregory) and the shows on The Tivoli Circuit shows saw the old pals come full circle and cross paths again, as evidenced in this August 2008 interview from Limelighters Newsletter: "On return to Australia (Argue was) influenced to go overseas by Pat's good friends Pat Gregory and Hal Downy. As Pat puts it - 'Off we sailed to the UK and arrived with 10 pounds. We auditioned in London and luckily were offered a tour in White Horse Inn On Ice - a Moss Empire No. 1 tour. Great experience, we just loved the English digs and the landladies were truly a breed of their own. We left White Horse Inn at Nottingham and flew to Gothenburg, Sweden to join Holiday on Ice with Sonja Henie'. Pat and Graham spent 3 years touring Europe and then on to South Africa for 6 months. Pat came home expecting her first baby and Graham went to South America to fulfil his contract, arriving back in Australia 6 weeks before the birth of their first son, Greg. They settled into a home in Elwood and Graham started a transport company. They appeared in live Ice Show broadcasts for the ABC. From 1966 on, Pat performed in shows at the Lido, Her Majesty’s and Frosty Frolics and Ecstasy on Ice at the Tivoli." 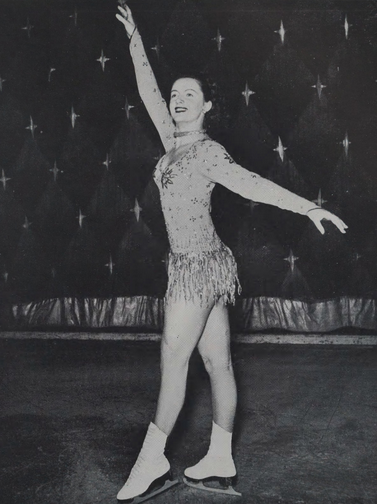 By the late sixties, The Tivoli Circuit wasn't thriving like it used to be and Pat Gregory and her husband turned their attention to staging their own shows on a portable ice rink they owned in Australia and South Asia.

The flurry of excitement the Tivoli ice shows created across Australia was something that surely inspired many Australians to take to the ice and although Pat Gregory may not be a name that most skating fans in North America are familiar with, her stardom in Down Under was unquestionable. Of the influence of Gregory and her Tivoli shows, Australian ice skating historian Ross Carpenter wrote "Perhaps it was Bunty Turner of The Weekly who summed it up best: 'Elvis Presley toasted Pat Gregory in champagne. She was photographed with three young kids called the Bee Gees. Royalty and cabinet ministers and movie stars once called backstage to offer congratulations.' One of 22 inaugural inductees to Ice Skating Australia's Hall of Fame in August 2004. In December 1997, she was nominated as one of 65 leading Australian sports people for the Sports Australia Hall of Fame." A toast? All the more reason to break out the bubbly!

Skate Guard is a blog dedicated to preserving the rich, colourful and fascinating history of figure skating and archives hundreds of compelling features and interviews in a searchable format for readers worldwide. Though there never has been nor will there be a charge for access to these resources, you taking the time to 'like' on the blog's Facebook page at http://www.facebook.com/SkateGuard would be so very much appreciated. Already 'liking'? Consider sharing this feature for others via social media. It would make all the difference in the blog reaching a wider audience. Have a question or comment regarding anything you have read here or have a suggestion for a topic related to figure skating history you would like to see covered? I'd love to hear from you! Learn the many ways you can reach out at http://skateguard1.blogspot.ca/p/contact.html.
Posted by Skate Guard Blog at March 05, 2016
Email ThisBlogThis!Share to TwitterShare to FacebookShare to Pinterest
Newer Post Older Post Home