The Sabena Aftermath, Part Three: The Patterson And Radix Report 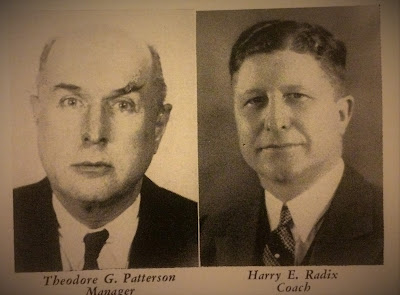 Even so many years later, the 1961 Sabena crash seems almost surreal. How could have something so horrific have even happened? Why were they all travelling on the same airplane, anyway? Initially, the plan had been for the U.S. figure skating team to travel to the 1961 World Championships in Prague in two groups. The first group (primarily skaters) was planned to arrive by air in Czechoslovakia on February 15, 1961, giving them time to recuperate from jet lag and a second group (mostly family members, judges and officials) would have arrived five days later on a second plane. Those original plans changed at the 1961 North American Championships in Philadelphia after USFSA officials were unable to secure travel on two separate airplanes that didn't have Soviet ties, keeping in mind that this was during the Cold War. The negotiation of entry visas with the Czechoslovakian embassy also played a role in the USFSA's decision to opt to take that Sabena flight instead of two separate planes as initially plane. These assertions about the decision to fly with Sabena were made in a report written by then USFSA President F. Ritter Shumway shortly after the tragedy.

However, one document penned five years before the Sabena tragedy that I stumbled upon completely by accident nearly made me spit out my coffee. It was an official report written by Theodore G. Patterson of Boston, Massachusetts and Harry E. Radix of Chicago, Illinois, who served as the manager and acting coach of the 1956 U.S. Olympic figure skating team in Cortina d'Ampezzo, Italy. This report appeared in conjunction with official reviews of America's participation in four international sporting events held in 1955 and 1956: the 1955 Pan American Games in Mexico City, the 1956 Winter Olympic Games in Cortina d'Ampezzo, the 1956 Equestrian Games of the XVI Olympiad in Stockholm and the 1956 Summer Olympic Games in Melbourne.

Patterson and Radix offered several recommendations in their report to future figure skating delegations sent to international sporting events, including an opening banquet so that skaters could become acquainted prior to competing against one another and adequate transportation arrangements to and from hotels and practice venues. The recommendation that almost made me spit java everywhere? "We had a pleasant airplane trip to London where the hockey team left us. We continued to Travisa, Italy, then by bus to Cortina. It was fine to have our entire team together with coaches, manager and parents, thus enabling the manager and coach to keep a sharp eye on the team and many pieces of luggage. This was the first time in the last three winter Olympic Games that the team travelled as one unit - which was a good arrangement and should be followed in the future if at all possible." The craziest part? The suggestion that all skaters travel on one airplane, though uncommon in America, was the norm in Europe at the time. 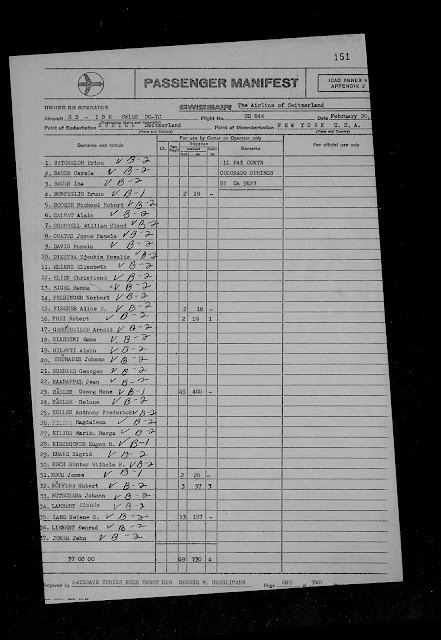 The entire 1956 U.S. figure skating team had flown on a DC 6B operated Pan American World Airways from Idlewild Airport in New York through London to Italy's Traviso Airport. What Radix and Patterson neglected to mention in their report was the fact that that DC 6B flight had to make an emergency landing at the U.S. Military Airport in Stephenville, Newfoundland because of extremely bad weather. The fact they made it to Stephenville was a miracle in itself as the plane had tried to land in both London, Ontario and Gander, Newfoundland but was unable to do so. The 1956 U.S. Olympic figure skating team was delayed for four hours before conditions were safe enough for them to continue their journey. These facts were all brought to light in a detailed official transportation report about America's participation in the 1956 Winter Olympic Games penned by Amateur Athletic Union official Daniel J. Ferris.

One cannot fairly even consider placing a lick of blame on Patterson and Radix for their recommendation or Shumway or the USFSA for putting the entire U.S. figure skating team on one airplane five years later. I mean, who would have known? That said, reading that advice which was penned by two men whose opinions likely would have been taken into account by those in positions of influence at the USFSA at the time gave me chills. Hindsight's 20/20 and unfortunately, it took an unthinkable tragedy for figure skating federations worldwide to grasp the inherent risks of sending teams to international events together on the same plane and change travel policies.

Skate Guard is a blog dedicated to preserving the rich, colourful and fascinating history of figure skating and archives hundreds of compelling features and interviews in a searchable format for readers worldwide. Though there never has been nor will there be a charge for access to these resources, you taking the time to 'like' on the blog's Facebook page at http://www.facebook.com/SkateGuard would be so very much appreciated. Already 'liking'? Consider sharing this feature for others via social media. It would make all the difference in the blog reaching a wider audience. Have a question or comment regarding anything you have read here or have a suggestion for a topic related to figure skating history you would like to see covered? I'd love to hear from you! Learn the many ways you can reach out at http://skateguard1.blogspot.ca/p/contact.html.
Posted by Skate Guard Blog at February 18, 2017
Email ThisBlogThis!Share to TwitterShare to FacebookShare to Pinterest
Newer Post Older Post Home