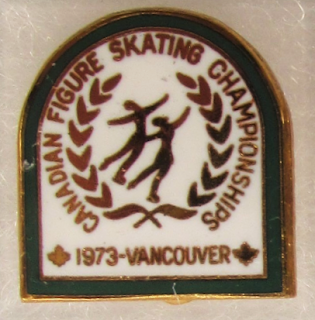 Held from January 15 to 21, 1973 at the Vancouver Forum in beautiful British Columbia, the 1973 Canadian Figure Skating Championships were chock full of fascinating history. For starters, the event marked the third year in a row that Toller Cranston, Karen Magnussen, Sandra and Val Bezic and Louise and Barry Soper all reigned supreme together as Canadian Champions at the same time. The event also marked the first time that compulsory short programs for singles skaters were introduced at the Canadian Championships as well as the first year the 'Parade Of Champions' was included following the competitive events. The ISU was to thank for the former; B.C. Section chair Billie Mitchell for the latter. The event was chaired by the late Dave Moir, and hosting duties were shared by the Vancouver Skating Club and nineteen other B.C. Clubs. The event drew in a huge roster of competitors and over ten thousand spectators. The event also net an eight thousand dollar profit, which was substantial in comparison to the Canadians that preceded it. Much of this money filtered back to the clubs who helped host the event and the CFSA's Skater Development Fund. Let's take a look back at the stories and skaters that made this event so memorable! 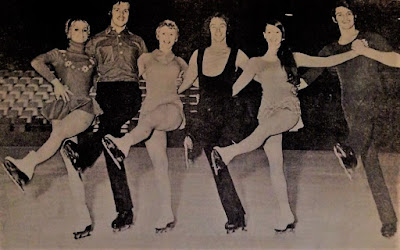 Skaters from Ontario and British Columbia dominated the novice and junior events in Vancouver in 1973. To the delight of the home team, Susan McDonald and Christine McBeth and Rob Dick won the novice women's and pairs events. Ted Barton of the Capilano Winter Club was victorious in the junior men's competition, whereas the novice men's title went to Vern Taylor of Toronto. In the novice and junior ice dance events, two Deborah's - Deborah Young and Deborah Dowding - each defeated thirteen either teams to claim gold with their brothers, Gregory and John. Kerry Leitch students Kathy Hutchinson and Jamie McGrigor won the junior pairs event and Toronto's Patty Welsh took top honours among the junior women, besting future Olympian Kim Alletson of the Minto Skating Club, who was coached by Marilyn Thompson but worked on artistry and style with the great Osborne Colson. 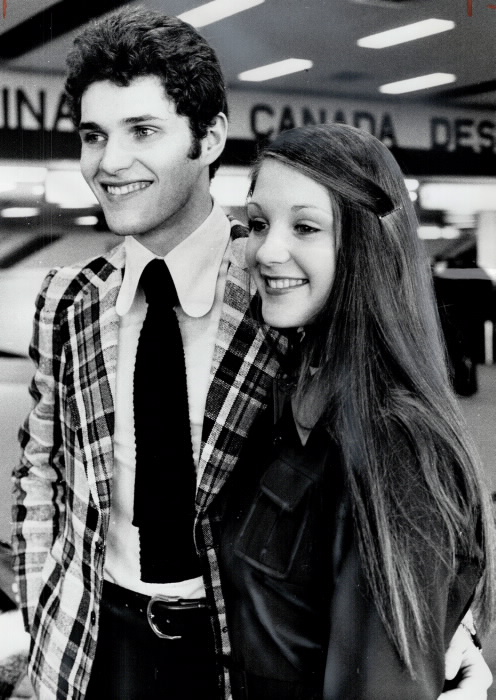 It's all fun and games until someone gets dropped and in Vancouver, the unfortunate victim also happened to be the three time and defending Canadian Champion. With an injured hip, Sandra Bezic soldiered on with her brother Val to win the compulsory short program but in the free skate, things couldn't have been closer. The Bezic's tied with Marian Murray and Glenn Moore, a pair of eighteen year olds from North Vancouver who lived and trained in California under John Nicks. Overall, the Bezic's - with 315.7 points and ten ordinals - edged Murray and Moore, who had 314.2 points and eleven ordinals. Finishing third were Toronto's Linda Tasker and Allen Carson. 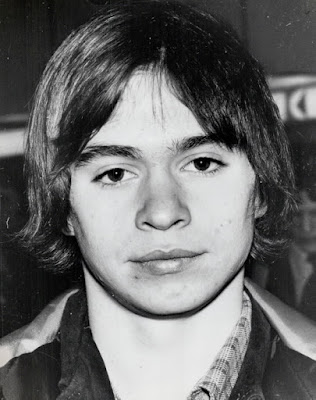 Asked whether her injury affected her performance in Vancouver, Sandra Bezic told a "Prince George Citizen" reporter, "Yes, it did affect me, but I don't like to use it as an excuse for our performance." I spoke with Sandra about the event and she recalled, "Not a great week for us! Our fourth defence and we didn't have local support because our competitors, Murray and Moore, were from Vancouver. So the momentum wasn't in our corner. I don't remember the injury at all. I just remember the pressure getting in my head and fighting through it… we squeaked by to win." 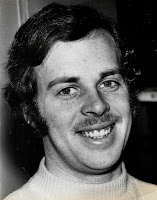 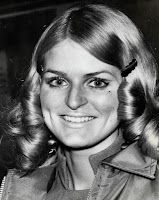 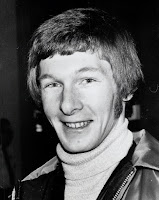 Two time and defending Canadian Champions Louise and Barry Soper trained in England the summer previous to the 1973 Canadian Championships, determined to again defend their national title. Breezing through their Viennese Waltz, Kilian, Quickstep and Waltz OSP with polish, speed and finesse, they commanded a strong lead entering the free dance. In her book "Figure Skating History: The Evolution Of Dance On Ice", Lynn Copley-Graves recalled, "Technically, any of the top free dances could have won. The new polish in the Sopers' skating stood out above the better music used by Barbara Berezowski and David Porter. [Ron Ludington] ensured that Barbara and David's music had continuity, and they ended second. Linda Roe and Michael Bradley skated briskly and assuredly, opening to a Ted Heath arrangement of 'America', for third place." In fourth through eighth places were Shelley MacLeod and Bob Knapp, Joan Nuttall and Kevin Cottam, Judy Currah and Keith Caughell, Debra Robertson and Greg Ladret and Cathy Cusher and Eric Gillies. 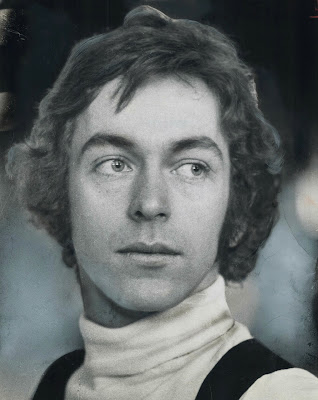 After taking a solid lead in the school figures, two time and defending Canadian Champion Toller Cranston wowed a crowd of three thousand, two hundred and the judges with a dazzling compulsory short program to only expand his lead over twenty one year old Ron Shaver of Hamilton and North Vancouver's Paul Bonenfant. His free skate win assured him the gold medal over Shaver and Toronto's Robert Rubens. 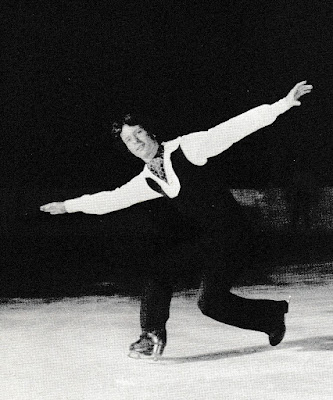 Toller Cranston earned standing ovations for both his compulsory short program and free skate and the only perfect 6.0's of the entire event in Vancouver - four in the short and two in the long. CFSA President John McKay speculated that at the 1973 World Championships in Bratislava "Cranston's chances were excellent providing international judges accept the artistic manner of skating." 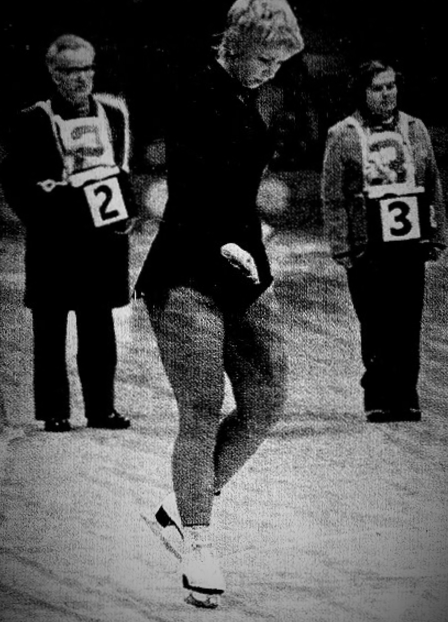 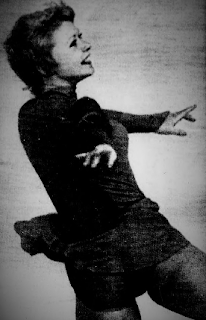 Twenty year old Karen Magnussen of North Vancouver amassed an impressive lead over fifteen other women in the school figures, earning first place ordinals from all seven judges and 103.5 points. Toronto's Cathy Lee Irwin sat second; Vancouver's Ruth Hutchinson third. Before a crowd of three thousand, Magnussen botched a jump in her compulsory short program, earning one mark as low as 5.2. The previous year's junior champion, sixteen year old Lynn Nightingale of the Minto Skating Club, pulled off a massive upset, defeating Magnussen - the reigning Olympic Silver Medallist - and earning a 5.9 from one judge. Magnussen, Irwin and Hutchinson remained the top three skaters overall entering the free skate. Nightingale, who had been eighth in figures, moved up to sixth behind London's Julie Black and Toronto's Daria Prychun. Magnussen felt the judges had been unduly hard on her in both the figures and compulsory short program. She told reporters, "It would be nice to think that I didn't have to keep proving myself." Cranston backed her up, calling the 5.2 she received "an insult".

In the free skate, Lynn Nightingale earned a standing ovation, tying with Karen Magnussen in that phase of the event and moving up to claim the bronze behind the hometown favourite and Irwin overall. Julie Black finished fourth; Ruth Hutchinson fifth. 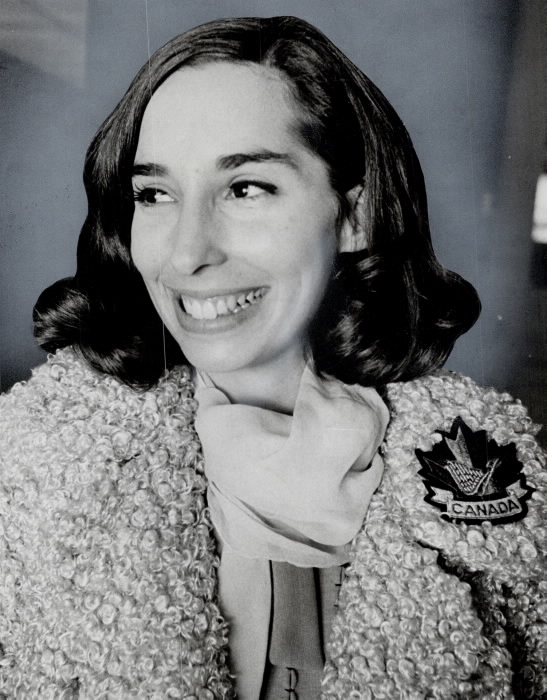 Interestingly, the overall scores weren't even that close. Karen Magnussen ended the event with first place ordinals from all seven judges and 103.50 points. Cathy Lee Irwin had 96.80 and seventeen ordinals; Nightingale 83.60 points and twenty ordinals. Magnussen recalled the win as one of her fondest memories: "I was sitting in the kiss and cry with Linda. I put my head down on her shoulder and realized what I had achieved... job done, goal accomplished. It was a very special moment." 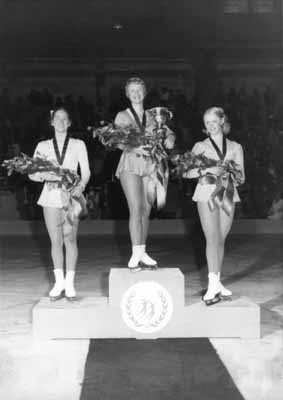 Referring to Magnussen in "The Vancouver Province", Clancy Loranger proclaimed, "In a way it's a shame that come next month we're going to have to share this jewel with the rest of the world. Karen is scheduled to take her Canadian crown to Bratislava at the end of February, and anybody who says she won't trade it in for the world title is begging for a punch in the mouth." As it turned out, no one 'had to get' punched in the mouth. In Bratislava, Karen Magnussen became the third Canadian woman in history to win a World title in singles skating.

Skate Guard is a blog dedicated to preserving the rich, colourful and fascinating history of figure skating and archives hundreds of compelling features and interviews in a searchable format for readers worldwide. Though there never has been nor will there be a charge for access to these resources, you taking the time to 'like' on the blog's Facebook page at http://www.facebook.com/SkateGuard would be so very much appreciated. Already 'liking'? Consider sharing this feature for others via social media. It would make all the difference in the blog reaching a wider audience. Have a question or comment regarding anything you have read here or have a suggestion for a topic related to figure skating history you would like to see covered? I'd love to hear from you! Learn the many ways you can reach out at http://skateguard1.blogspot.ca/p/contact.html.
Posted by Skate Guard Blog at January 10, 2018
Email ThisBlogThis!Share to TwitterShare to FacebookShare to Pinterest
Newer Post Older Post Home