I Came, I Saw, I Cured: The Alain Calmat Story 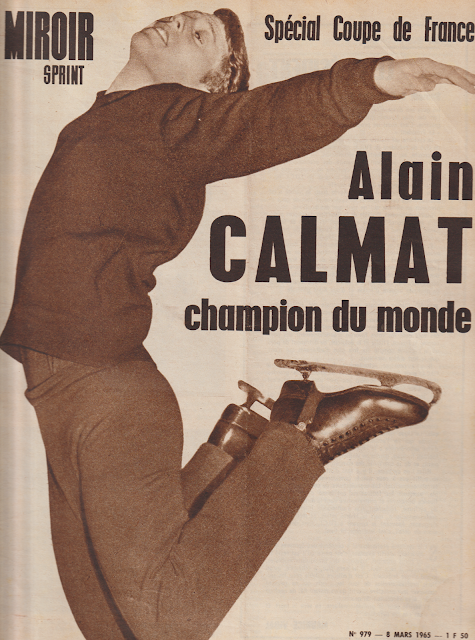 Born August 31, 1940 in Paris, France, Alain Calmat came from modest, working class roots. His parents ran a dry cleaning business near the family home on Avenue Winston-Churchill in Champs-Élysées. Though he'd taken his first steps on the ice some years earlier, young Alain didn't start focusing on figure skating seriously until he was nine when he started training at the federal rink of Boulogne-Billancourt. From an early age, he was taught by Jacqueline Vaudecrane, the grand dame of French figure skating who had coached Jacqueline du Bief to the World title in 1952. Madame Vaudecrane's hands were quite full throughout the fifties, for she coached not only Alain but his dear friend and long-time rival Alain Giletti. The two promising young skaters became lovingly known as "Les Deux Alains" to French skating fans. 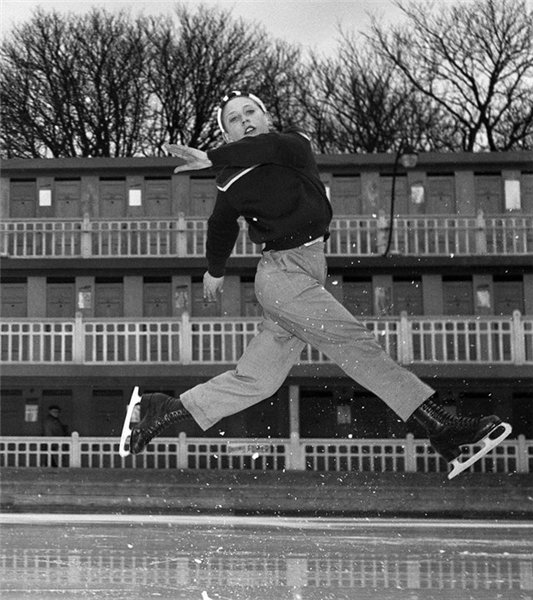 Boulogne-Billancourt was a home away from home for Alain. In an April 21, 2006 interview in "Le Parisien", he recalled, "It was my high school... I keep great memories but I was very hard. Madame Vaudecrane imposed a sacred work. She was both our skating teacher and mother in general education. I lived in [Place de la République] (in Paris) and I had to go to Boulogne, twelve years, every morning at 6:00. As I was studying by correspondence, I spent my days there." Alain took both his on-ice education and schooling seriously, achieving high marks as a student of the Cours Hattemer school. 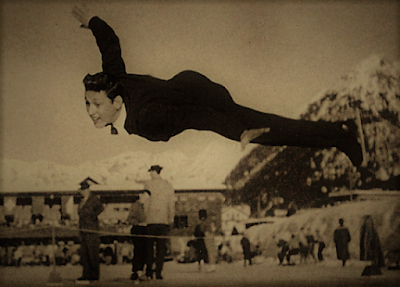 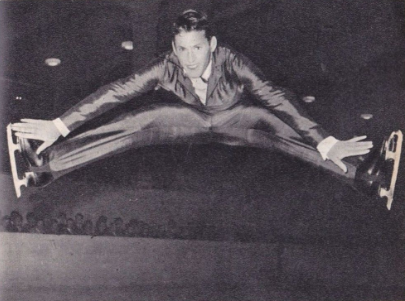 In 1952 at the age of eleven, Alain won the French junior men's title. Two years later at the age of thirteen, he claimed his first of thirteen medals in the senior men's event at the French Championships. In 1952, he attended his first European and World Championships, placing an impressive fifth and eleventh, respectively. It wasn't until four years later, when he claimed his first of five French titles and won the bronze medal at the European Championships in Bratislava, that he began to be regarded as a bona fide medal contender. 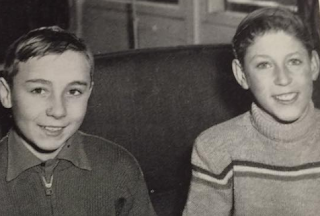 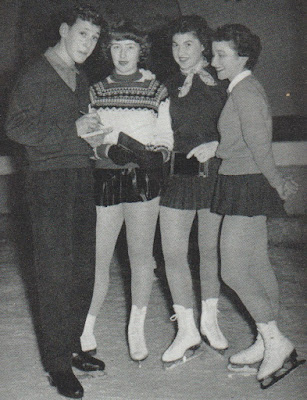 In the years that followed, Alain went on to claim five more medals at the European Championships - three of them gold - and win two bronze medals and two silver medals at World Championships. He was highly favoured to win the gold medal at the 1964 Winter Olympic Games in Innsbruck, but fell twice in the free skate and 'settled' for silver. It was the first medal France ever won at the Olympics in men's figure skating. 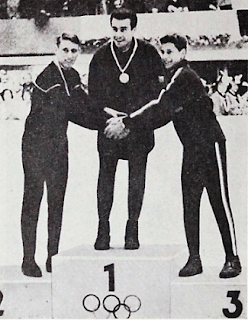 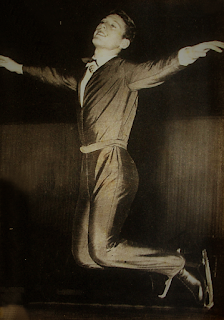 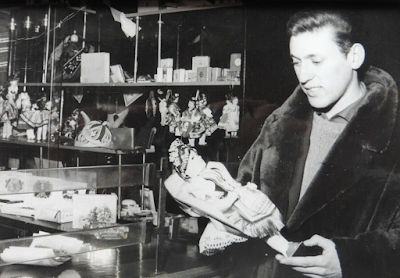 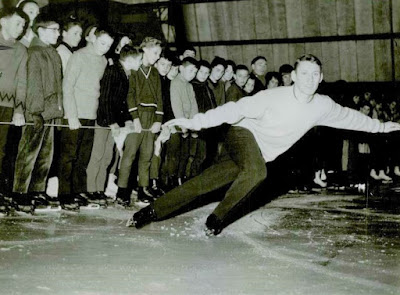 Alain retired in 1965 after finally winning the World title that had eluded him for over a decade at the World Championships at the Broadmoor in Colorado Springs. 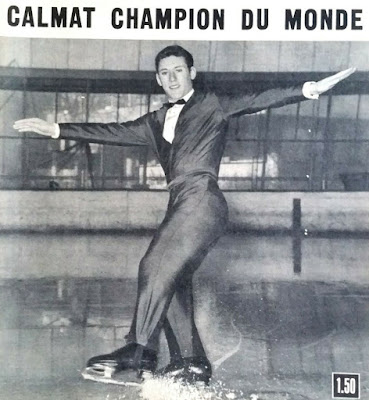 Though Madame Vaudecrane was Alain's primary coach during his entire career, he also was sent with Alain Giletti to America to train with Pierre Brunet alongside World Champion Donald Jackson of Canada.


Though in three trips to the Olympic Games Alain proved unable to win gold, he again made history by becoming the first French athlete to light the flame in the Olympic cauldron at the opening ceremony of the 1968 Winter Olympic Games in Grenoble.

When Alain lit the flame, the sound of his heartbeat was supposed to have been amplified from a wireless microphone taped to his chest over the loudspeakers. Unfortunately, he ran the length of the microphone with the torch, and when he mounted the stairs, his heartbeat wasn't audible. Nevertheless, seven thousand school children lit torches in celebration.


Throughout much of his competitive career, Alain had spent as much time in the books as he did on his brackets. After retiring and passing his medical exams, he became a surgeon and served as chief of abdominal and gastric surgery at the Hôpital à Montfermeil. He was part of Christian Cabrol and Charles Dubost's team that carried out the first heart transplants in France. He later worked as a professor and the head of the clinic at the hospital of Collège Pitié-Salpêtrière in Paris. 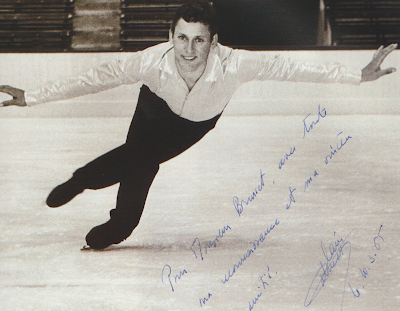 Excelling as a student, skater and surgeon wasn't enough for the ambitious Frenchman. He served as the President of the figure skating committee of the Fédération Française des Sports de Glace from 1972 to 1984. He also pursued judging for a time, acting as France's judge at the 1980 Winter Olympic Games in Lake Placid after being handed a three year suspension by the ISU in the seventies for national bias, which was later reduced to two. In the mid eighties, he embarked on a political career. 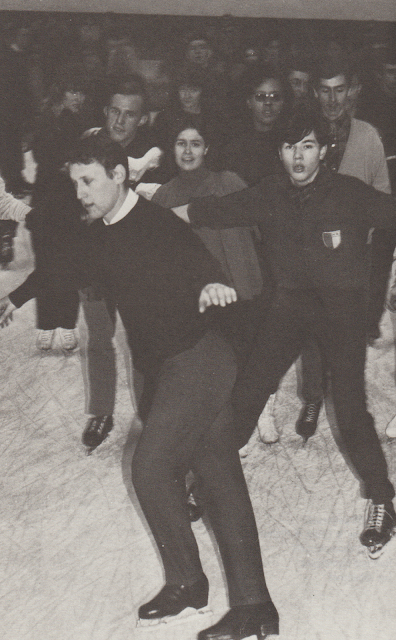 From 1984 to 1986, Alain served as the Minister Of Youth Affairs And Sports under Prime Minister Laurent Fabius, While serving as Minister, he staunchly opposed grants enabling athletes to "play both ways" with sport and education, having experienced "the hell of a double life" himself. He believed the risk of failure in both pursuits was too great and wanted athletes to have funding to be able to focus their full attention to athletic pursuits, and then be able to pursue their educational goals afterwards. He established the Calmat-Chevènement program which encouraged sports programs in elementary schools and helped instate France's Loto Sportif. Most endearingly however, he made a point of honouring his former coach Madame Vaudecrane with the legion of honour. 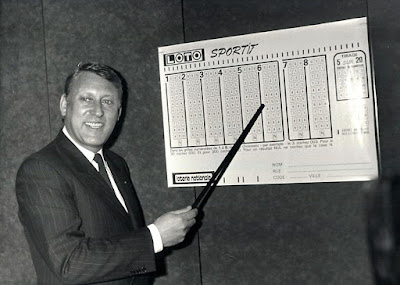 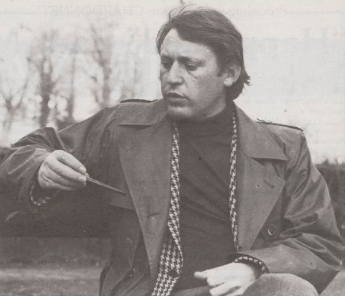 From 1986 to 1993, Alain served as the deputy of the Département of Cher, In 1995, he became the Mayor of Livry-Gargan. In 1997, he was re-elected as a Minister Of Parliament for the district of Seine-Saint-Denis and became a deputy in the French National Assembly. Serving through 2002, he was then re-elected as mayor of Livry-Gargan, a post he held until suffering a shocking defeat in 2014. Life in politics wasn't easy for the former World Champion. When representing Cher, one evening the door of his apartment was smashed in. "I only had time to get dressed," he told a reporter from "Le Berry Républicain" in 2013. 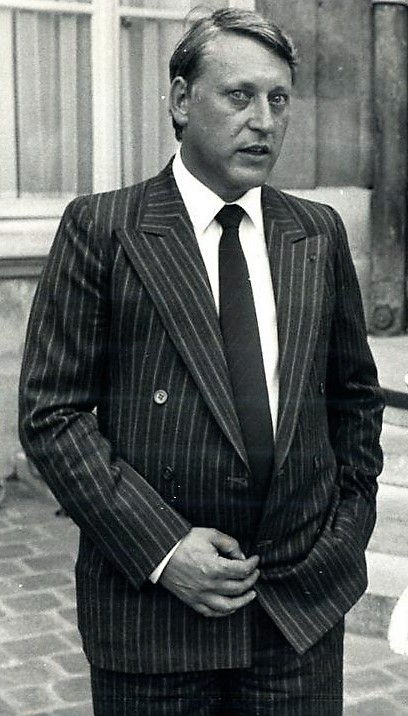 A recipient of numerous honours including the Légion d'honneur and National Order Of Merit, Alain is also a father of four and a talented singer and guitarist. He has served on a committee of locally elected representatives which has advocated for support and funding for HIV/AIDS research and served as chairman of the Medical Committee of France's Olympic Committee. 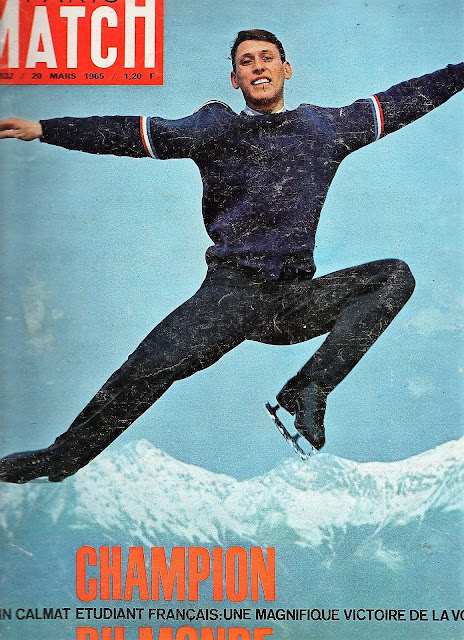 Alain was also inducted into the International Jewish Sports Hall Of Fame in 1987... and that's where things get quite interesting. Articles from the Jewish Telegraphic Agency in 1984 and the "Jewish Post" in 1986 identified him as being of the Jewish faith, yet in 2007, a user with the handle 'Ericdep' on Wikipedia went to great pains to remove all indication that Alain was Jewish: "M. Calmat ask us to remove all the references about this name [Calmanovich] which is defamatory as well as the indications about Jewish religion." A representative from the International Jewish Sports Hall Of Fame explained, "Years ago we were told that Alain Calmat's family name was not Calmanovich, so we removed the reference on our website and subsequent publications. Mr. Calmat was elected in 1987, three decades ago, and none of those who participated in his election are still active with the Hall Of Fame. Our recollection is receipt of information that the skater's surname was not Calmanovich." The International Jewish Sports Hall Of Fame still recognizes Alain as the first and only Jewish person to have lit the Olympic flame.


There's one thing we can be sure of. Alain Calmat's modest upbringing, perseverance and dedication in balancing medical studies and an exceptional skating career became to many young French athletes a shining example of what could be accomplished if you worked hard and stuck with it. Asked what words he wanted written on his epitaph, he once told a French journalist, "veni, vidi, curavi"... "I came, I saw, I cured."

Skate Guard is a blog dedicated to preserving the rich, colourful and fascinating history of figure skating and archives hundreds of compelling features and interviews in a searchable format for readers worldwide. Though there never has been nor will there be a charge for access to these resources, you taking the time to 'like' on the blog's Facebook page at http://www.facebook.com/SkateGuard would be so very much appreciated. Already 'liking'? Consider sharing this feature for others via social media. It would make all the difference in the blog reaching a wider audience. Have a question or comment regarding anything you have read here or have a suggestion for a topic related to figure skating history you would like to see covered? I'd love to hear from you! Learn the many ways you can reach out at http://skateguard1.blogspot.ca/p/contact.html.
Posted by Skate Guard Blog at February 26, 2018
Email ThisBlogThis!Share to TwitterShare to FacebookShare to Pinterest
Newer Post Older Post Home