History affectionately remembers figure skaters who have succeeded in achieving their goals and leaving the sport better than they found it. Great champions like Sonja Henie, Toller Cranston, Jayne Torvill and Christopher Dean and Kurt Browning are names known to even the most casual observer of figure skating. For every great champion, there are literally thousands upon thousands of skaters who - despite their greatest efforts - just couldn't seem to catch a break in this slippery sport. Today, we'll beat a trio of very determined skaters who (try as they might have) faced more than their fair share of tough breaks. 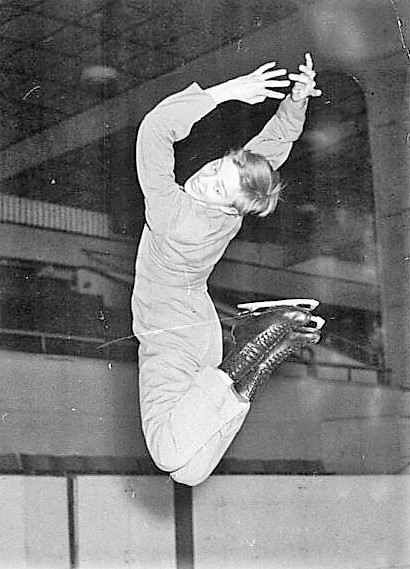 Born December 22, 1940 in the East Berlin borough of Weißensee, Bodo Bockenauer was groomed as a figure skater under the tutleage of Inge (Kabisch) Wischnewski at the East German sports training center Sports Club Dynamo Berlin. In 1959, he won his first of three East German men's titles and placed an unlucky thirteenth in his international debut in that year's European Championships in Davos, Switzerland. After a dismal fifteenth place finish the following year at the European Championships in Garmisch-Partenkirchen, he placed an impressive eighth at the 1961 European Championships in Berlin and was regarded as a skater whose career was on an upward trajectory. 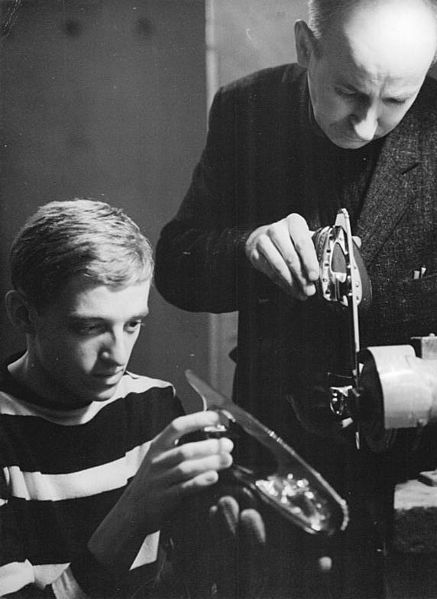 After the cancellation of the 1961 World Championships due to the Sabena Crash, he returned to the international stage in 1962, placing an impressive sixth at the European Championships in Geneva, Switzerland. At that event, he gave what was perhaps the best performance of his career. All but one judge had him in the top three in free skate and the Italian judge actually had him first in that phase of the event ahead of Alain Calmat, Karol Divín and Manfred Schnelldorfer. Sports journalist Heinz Magerlein described Bodo's performance in Geneva as "surprisingly strong and very difficult" in his 1964 book "Triumph auf dem Eis". However, at the World Championships in Prague that followed, he placed a disappointing eleventh. After competing at the Werner-Seelenbinder-Halle on December 12, 1963, he attended the second of two joint qualifying competitions between East and West German skaters for the 1964 Winter Olympics in West Berlin on December 19, 1963. Mid-competition, he took off and sought asylum through the West German embassy. It wasn't long before the STASI took a special interest in the Sports Club Dynamo Dynamo Berlin and "ideologically unstable and fluctuating people with connections to West Berlin and the non-socialist countries." 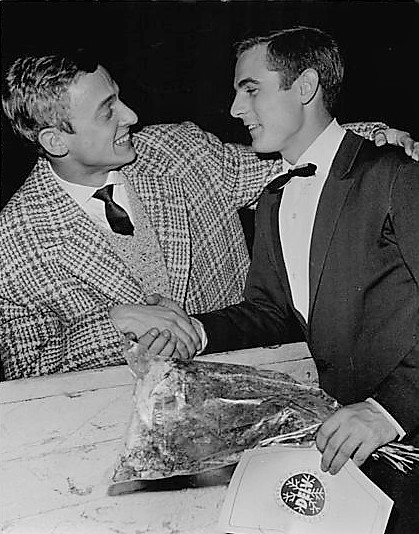 After establishing a new training base at the Augsburger Eislaufverein, Bodo made a bid to return to the international stage representing West Germany. In 1965, he won the bronze medal at the West German Championships and won an international competition in Garmisch-Partenkirchen, defeating Great Britain's Malcolm Cannon and Czechoslovakia's Jan Sramek, but it wasn't enough to earn him a spot on the West German team. Moving up to second the following year, he made his return to the World Championships in Davos, but placed a disastrous twentieth in a field of twenty one competitors. After finishing an equally dismal sixth at the following year's West German Championships, he opted to turn professional. Entering the World Professional Championships at Empire Pool, Wembley that spring, he defeated Great Britain's Allan Williamson in a three-two split to claim the World Professional title, ending his competitive skating career on somewhat of a high note. Moving to Zürich, Switzerland, he set up base as a coach at the skating club in Küsnacht, where he worked with Swiss skaters and hockey players for decades. Though Bodo's big switch may have worked out for him in the end, it certainly did not have the effect on his competitive skating career he may have been looking for.

Born November 13, 1901 in the spa town of Moffat in Dumfries and Galloway, Scotland, Anita Louise Brown-White had perhaps the shortest and least sweet of skating careers in history. After marrying a French real estate man named Christian de St. Quentin, she moved to Nice, devoted herself to figure skating and opted to represent France alongside Andrée (Joly) Brunet in the women's event at the 1928 Winter Olympic Games in St. Moritz, Switzerland. At those Games, Anita placed dead last of twenty entries in both the school figures and free skating, setting a record for the lowest score ever at the Olympics under the judging system in place at the time. Her total of 1114.25 points was over hundred points lower than nineteenth place finisher Elvira Barbey and over one thousand, three hundred points lower than the winner, Sonja Henie. Under that system, she was also the only skater in Olympic history to earn less than half as many points as the winner. Never competing at the European or World Championships, she retired from the sport in disgrace and died in her forties near the end of World War II. 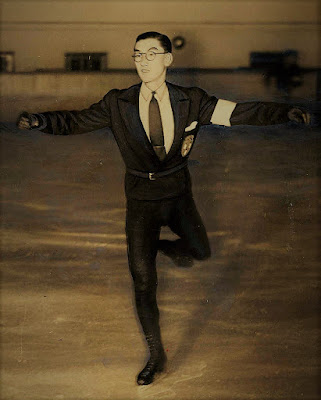 Born June 18, 1913, Tsugio Hasegawa came of age during Japan's Taishō period and graduated from Keio University in Minato, Tokyo... Japan's oldest institute of higher education. Using his book smarts to his advantage, Hasegawa attempted to teach himself the in's and out's of figure skating completely by studying diagrams of school figures and pictures of skaters in Western books. Receiving very little in the way of formal instruction, he entered the Japanese Figure Skating Championships three years in a row while studying at Keio and each time lost to Toshikazu Katayama.

At the age of twenty two, Tsugio was offered a chance of a lifetime when Japan sent a team of five skaters to Europe to compete at the 1936 European Championships, Winter Olympic Games and World Championships. Clearly out of his element, he withdrew from the European Championships in Berlin after placing second to last in figures. Mustering up the courage to give it a second go at the Olympics in Garmisch-Partenkirchen, he placed a disastrous twenty third out of twenty five skaters... over one hundred points behind the winner. He was the lowest ranked of the four Japanese men who entered the event. Urged on by his teammates, he made the trip to Paris in hopes of redeeming himself at the World Championships. He again placed dead last. After participating in a carnival on ice at the Old Sanno Hotel that December, he considered giving up the sport but decided to give it one last go and returned to the Japanese Championships... where he lost to Katayama for a fourth time. After participating in a nation wide winter sport championship for students the following winter, he retired from the sport and faded into obscurity.

Skate Guard is a blog dedicated to preserving the rich, colourful and fascinating history of figure skating and archives hundreds of compelling features and interviews in a searchable format for readers worldwide. Though there never has been nor will there be a charge for access to these resources, you taking the time to 'like' on the blog's Facebook page at http://www.facebook.com/SkateGuard would be so very much appreciated. Already 'liking'? Consider sharing this feature for others via social media. It would make all the difference in the blog reaching a wider audience. Have a question or comment regarding anything you have read here or have a suggestion for a topic related to figure skating history you would like to see covered? I'd love to hear from you! Learn the many ways you can reach out at http://skateguard1.blogspot.ca/p/contact.html.
Posted by Skate Guard Blog at May 02, 2018
Email ThisBlogThis!Share to TwitterShare to FacebookShare to Pinterest
Newer Post Older Post Home