Heroes From Holyoke: The Doris Schubach And Walter Noffke Story 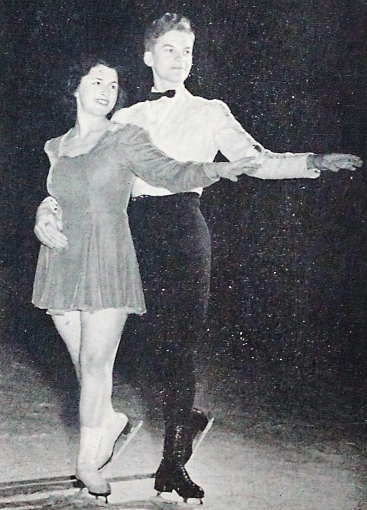 "Figure skating challenges the total abilities of the person. We are on the way to becoming a nation of conformists and spectators. Something like skating, which each person can achieve on his own level and which can be enjoyed from the cradle to the grave, fulfills a real need." - Doris Schubach, "Skating" magazine, January 1967 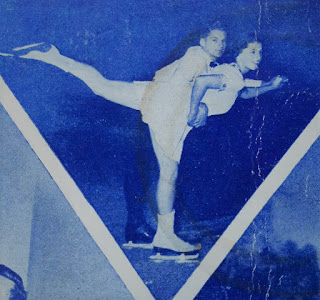 Doris Virginia Schubach was born January 11, 1924 in Holyoke, Massachusetts, a small city on the outskirts of Springfield. She grew up with her parents Gustave and Lepha (Brunelle) and older sister Mae on Norwood Terrace. Her father was a machinist at the White and Wycoff Manufacturing Company, which produced specialty paper products. A stone's throw away on Chestnut Street, Walter Robert Noffke Jr. grew up in a home with his parents Walter and Esther, step-brother Joseph and his two aunts. His parents and step-brother all worked at an alpaca wool mill, his father as a percher (examining textiles for defects), his mother as an industrial nurse and his step-brother as a loom fixer.

Doris was persuaded to start skating by her father when she was twelve.  She joined the Springfield Ice Birds and teamed up with Walter in 1937 when they were both attending Holyoke High School. For the majority of Doris and Walter's career, Doris' father acted as her coach. Though Gustave Schubach's only knowledge of skating came from the books he read, he eventually worked his way up the ladder to become a USFSA judge. 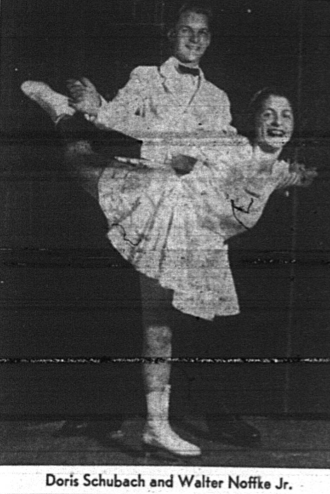 In an article in "Skating" magazine in 1967, Doris recalled, "We were very close and when he decided that I should learn to skate, there just didn't seem to be any choice... There were times when I thought off him as a Simon Legree! He had little formal education but he possessed an enlightened and imaginative mind and enough determination for both of us! I was always  afraid to perform alone and consented to enter competition only when my father suggested that Walter and I perform as a pair." Doris and Walter's only formal instruction came in the form of dance lessons from Gustave Lussi in Lake Placid... and those lessons only occurred in the summers after both had graduated from high school. 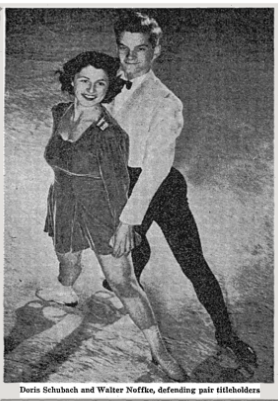 Doris and Walter won their first two competitions together - the junior pairs titles at the 1941 Eastern and U.S. Championships - enroute to claiming the U.S. senior pairs titles in 1942, 1943 and 1944. Their signature music was "Sleepy Lagoon" by Henry Mancini. "We had many compliments on the originality and imaginative qualities of our programs," Doris recalled. 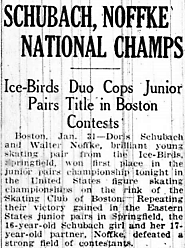 In addition to skating pairs, Doris and Walter performed as a four in Lake Placid carnivals with Barbara and John House of Niagara Falls and won an impressive collection of trophies in ice dance competitions at the New England and Eastern Championships in the early forties. In "Skating" magazine, Joseph K. Savage raved, "Their soft knee action coupled with their excellent hand and arm positions has been the cause of their success and could well be copied by our dancers. It also makes the Tango something worth seeing." 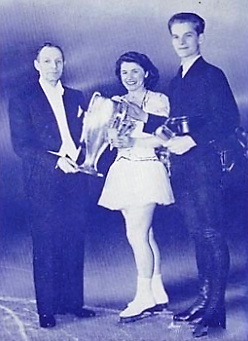 Unfortunately, Doris and Walter had the 'bad timing' of reaching the peak of their success during World War II... when the opportunities of competing at the Olympic Games and World Championships didn't exist. They also had the misfortune of living in an area where ice time was scarce. After the Quartermaster Corps of the U.S. Army took over their home rink - the Eastern States Coliseum - they were forced to travel by car to an outdoor rink at McKenzie Field some distance from a bus line. This was complicated by a government ban on pleasure driving to conserve fuel. Eventually, in 1944 the Springfield Ice Birds purchased a tract of vacant land near Roosevelt Avenue and set up a permanent outdoor rink. 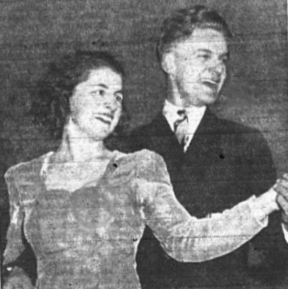 In 1943 - at the height of their competitive success - Walter left his job at the Holyoke Savings Bank and enlisted in the U.S. Navy. After attending the Naval Supply Corps School at Harvard University, he was stationed as a Midshipman at Fort Schuyler. 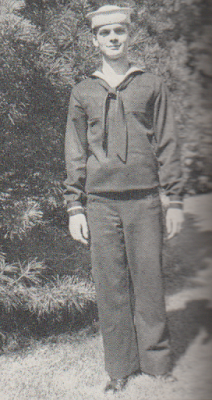 During the same period, Doris attended Holyoke Secretarial College and worked as a private secretary for Maurice Park, Vice-President of the Marvellum Company. Though Walter's military service put their skating career on hold, Doris and Walter made their on-ice partnership an off-ice one and walked down the aisle together in 1945. 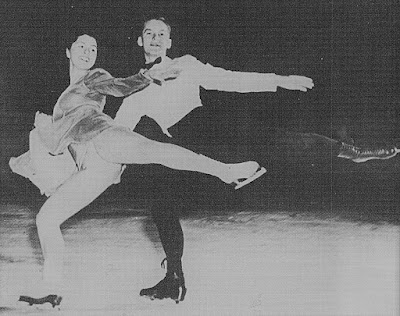 In the summer of 1946, Doris and Walter were asked by the USFSA to compete in the 1947 World Championships in Stockholm. At the time, they were parents of a young daughter... and quite untrained. Doris recalled, "We were, of course, extremely flattered to be asked to participate. However, considering the fact that we had been out of competition... [and] had scarcely any time for practice, and met with formidable ice and weather conditions on the night of the competition, we were not surprised when we didn't win." Doris and Walter finished sixth in their only appearance at the World Championships, but two judges had them in the top three - one in fact placing them ahead of the champions, Micheline Lannoy and Pierre Baugniet of Belgium. They returned to America aboard a Norwegian airlines flight with Gustave Schubach and Gustave Lussi. Uninteresting in turning professional, they gave up the sport for good. They were remembered fondly by many, including Dick Button, who recalled in his February 2014 interview on The Manleywoman SkateCast, "The movement, their parallelism of their moves was extraordinary. They couldn’t do throw Axels and they couldn’t know what triple side-by-side jumps were and so forth, but their pair skating quality was without compare. I mean, it was just extraordinary."

Walter got a job as a bank teller and Doris worked as a bookkeeper for Laminated Papers. They raised two daughters together and spent their summers digging for Native American artifacts. In 1967, Doris remarked, "When the warm weather comes we're off to our favourite remote places in search of Indian remains. I guess you could call us amateur archaeologists!" Not long after this interview, Doris and Walter divorced. Walter remarried to Pamela Adams and passed away in South Hadley, Massachusetts on June 8, 1971. Doris went on to live in Granby, Massachusetts, New Mexico, Colorado and finally, Belchertown, Massachusetts, where she passed away at the age of seventy nine on August 10, 2003.

Skate Guard is a blog dedicated to preserving the rich, colourful and fascinating history of figure skating and archives hundreds of compelling features and interviews in a searchable format for readers worldwide. Though there never has been nor will there be a charge for access to these resources, you taking the time to 'like' on the blog's Facebook page at http://www.facebook.com/SkateGuard would be so very much appreciated. Already 'liking'? Consider sharing this feature for others via social media. It would make all the difference in the blog reaching a wider audience. Have a question or comment regarding anything you have read here or have a suggestion for a topic related to figure skating history you would like to see covered? I'd love to hear from you! Learn the many ways you can reach out at http://skateguard1.blogspot.ca/p/contact.html.
Posted by Skate Guard Blog at October 11, 2018
Email ThisBlogThis!Share to TwitterShare to FacebookShare to Pinterest
Newer Post Older Post Home