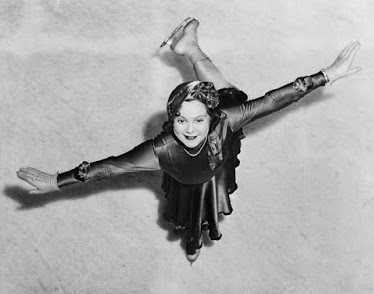 One the most talented and incredibly complex figures in figure skating history, Sonja Henie brought skating to a new audience on the silver screen after winning three Olympic gold medals and ten World titles. Enthralling audiences from Oslo to Oklahoma City, the Norwegian darling of the ice had plenty to say to reporters at the height of her success and today on the blog, we'll let her words speak for themselves. From backstage interviews to society pages to press conferences, here's an eclectic collection of Sonja Henie quotables. 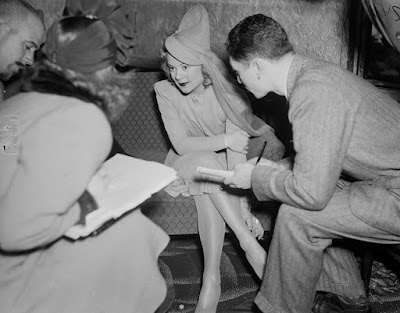 
ON NORWEGIANS HAVING A SWEET TOOTH

"Norwegians are a hardy race with rugged constitutions and athletic tendencies. With this, and the long, cold winters, they become great consumers of sweets, cakes and cookies. The severe winters and strenuous life make their demand for sugars very high."

ON HER START IN HOLLYWOOD

"I wanted so much to be a picture star but I knew enough not to make the big mistake of going to Hollywood and begging for a job. No - that is not good showmanship. I gathered together a group of good skaters and took them to Hollywood with me. Then I rented the ice rink and put on my show. I told myself that this was the best way. If I was screen material, the studios would make me offers. If not, I would go back to Norway." 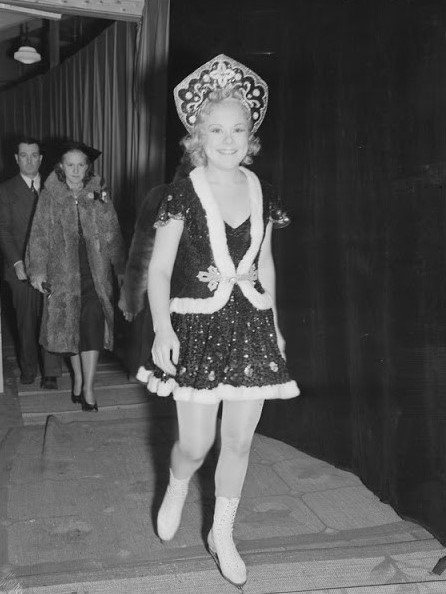 ON HER PROWESS IN THE KITCHEN

"I learned to bake, cook and keep house about the same time I learned to skate. In Norway, it's a lasting disgrace for a girl to fail to become a first class housekeeper."

ON IF SHE'D EVER CHANGE HER NAME IN HOLLYWOOD

"No. Sonja Henie is a lovely name."

"When we moved in Myrna had the house filled with flowers and everything beautifully arranged for us, so we invited her to come and pay us a visit. She and Arthur [Hornblow] came together and I was glad to find them so happy. I suppose when we move out they will return here to live, it's so quiet and peaceful." 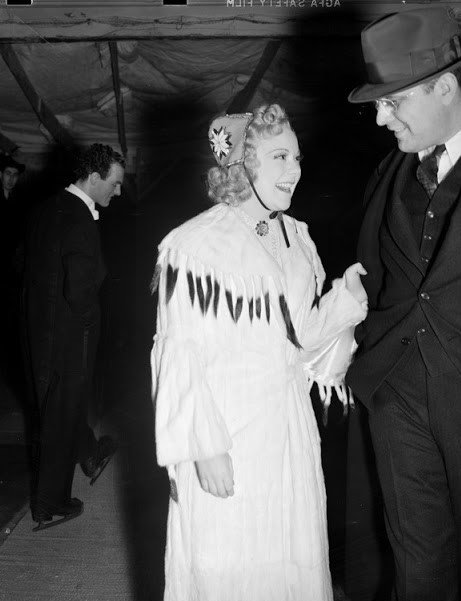 ON PERFORMING HER FAMOUS HULA NUMBER

"I've never had so much fun on skates as I do in the Hula, and in the 'Little Brown Girl' number which follows it."

ON HER DREAMS AFTER MARRYING DAN TOPPING

"I love to skate. It's a part of me, but I have told Dan that I won't go on tour, at least not until we spend a whole year together. We want to have a home. I am a Norwegian, my ancestors have all been homemakers. I want a garden, a place in the country." 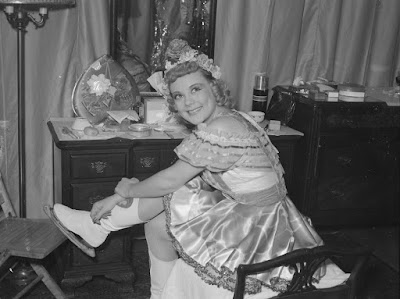 "No. I don't smoke. I think there is little honesty in endorsing things one doesn't believe in... As an athlete, I have no use for cigarettes. I think I have a large audience of children on the screen, too. To smoke, it seems to me, would be to teach them a poor lesson for their age." 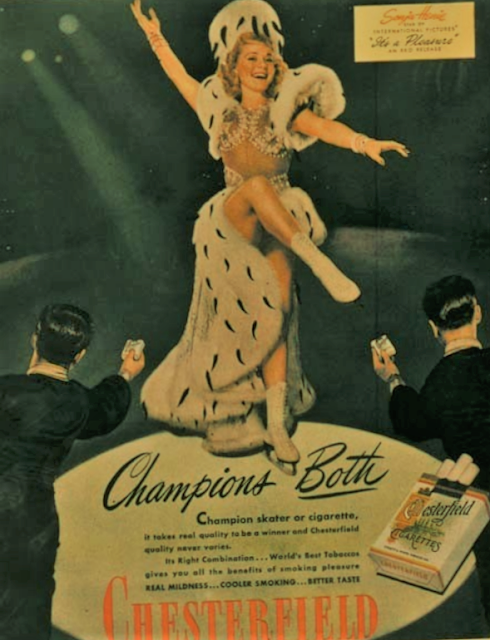 "Where is this Mortimer? Others like me and like my show. But always this critic says bad things. And I have never seen him. Really, I would like to meet him. If we do meet, I will have to hold Dan [Topping] back or he will punch that Mortimer's eyes and that would be too bad. I really do want so badly to see what he looks like."


ON HER RELATIONSHIP WITH THE CONDUCTOR OF HER ORCHESTRA

"I drive our orchestra leader crazy. You see, I usually spin through one full chorus, but I can push him out to holding a chorus and a half. And sometimes I spin and spin until his musicians are blue in the face. Eighty-five times I can spin; I can spin more now than when I was younger, for some reason."

Skate Guard is a blog dedicated to preserving the rich, colourful and fascinating history of figure skating and archives hundreds of compelling features and interviews in a searchable format for readers worldwide. Though there never has been nor will there be a charge for access to these resources, you taking the time to 'like' on the blog's Facebook page at http://www.facebook.com/SkateGuard would be so very much appreciated. Already 'liking'? Consider sharing this feature for others via social media. It would make all the difference in the blog reaching a wider audience. Have a question or comment regarding anything you have read here or have a suggestion for a topic related to figure skating history you would like to see covered? I'd love to hear from you! Learn the many ways you can reach out at http://skateguard1.blogspot.ca/p/contact.html.
Posted by Skate Guard Blog at October 22, 2019
Email ThisBlogThis!Share to TwitterShare to FacebookShare to Pinterest
Newer Post Older Post Home