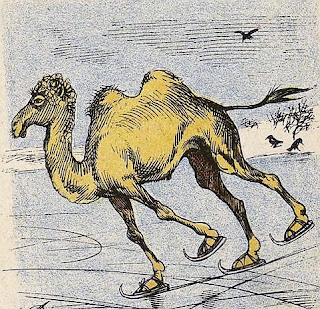 In the nineteenth century, the British sent multiple shipments of ice skates to Brazil. In 1950, Soviet book distributor ezhdunarodnaya Kniga accidentally exported a shipment of books about figure skating to Albania, yet another country where frost, snow and ice were a completely foreign concept. Tales like these may provide more of a chuckle than anything, but the stories of how ice skating has been embraced in some of the most unexpected of places are quite enthralling. Grab your skates, hop into the time machine and hold on tight! Today on the blog we'll be taking a trip through the history of skating in the Middle East.

HOLIDAY ON ICE AND SAND 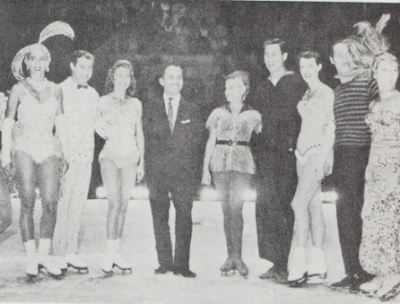 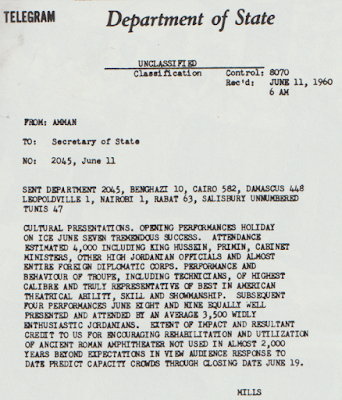 Holiday On Ice toured the Middle East in 1960, bringing hundreds of skaters and its portable ice rink with it. When the show came to Amman, Jordan, a Roman amphitheatre that had been destroyed by earthquakes some two thousand years prior was reconstructed at a great expense to house the show and some thousand spectators packed the seats for a three week run. King Hussein bin Talal attended the show's second night and posed for pictures with the skaters.

ERNEST AND THE AMIR

Ernest Thompson lived in Afghanistan from 1903 to 1909 with his wife Annie, building an operating a plant that manufactured boots for the Afghan army. In his book "Leaves from an Afghan Scrapbook: The Experiences of an English Official and his Wife in Kabul", he recalled, "Snow generally begins to come early in December, though it seldom lies on the ground for long, and it is not until the end of the month that we get a heavy downfall. The winter of 1903-4 was exceptionally severe, and did not break up until February was over. One week everything in the tannery was completely frozen up, and I was looking out for a decent stretch of ice to skate on, when I heard that the overflow from Kabul River was frozen and clear of snow, some boys having swept it in order to slide. I took my skates, and was soon spinning over the smooth surface. A crowd collected who had never seen skates before, and when I tried outside edge or cutting figures, they exclaimed: 'Name of God, now he's down! Ah! The four friends of the Prophet are keeping him up!' and so on. When I removed my skates, these folks were anxious to examine my skates, these folks were anxious to examine them, and asked how it was that a man could stand with one leg on them and still travel backwards. To keep a very forward questioner quiet, I suggested that, as he was wearing English boots, he ought to try a pair of English skates. He showed some reluctance to, but his friends egged him on, and soon the skates were firmly fixed on his feet, and I set him off on his first trip. Never shall I forget the sight. I laughed till I was obliged to sit down and cover my eyes. Shouts of encouragement from the spectators failed to drown the skater's yells and curses. Up and down he went, till his long turban fell off, and unwinding itself, got mixed up with his legs, whilst his shaven head seemed to bounce about like a large tennis-ball. 'Take these arms of the devil off my feet; for the love of God take them off!' he called to me... News of this new form of entertainment soon spread, and the following morning His Majesty the Amir sent a firman requesting me to appear before him. At 2:30 I presented myself at the arrk, when he asked a good many questions, and ordered his gardeners to prepare me a sheet of ice in his gardens. A few days later, all being ready, I turned out to show him what English skating was like. Habibullah Khān took great interest in it, and said, 'Yes, this is good. Now one of my gholam butchas [court attendants] shall put the skates on.' As a young fellow struggled to obey his orders, the Amir laughed until the tears came. During an interval he observed: 'It is good that all should learn.' No sooner was this remark made than several portly officials, standing by, found that they had urgent business to attend to, and begged leave to go. Prayer-time was near at hand, so the afternoon's entertainment was brought to a close. Habibullah Khān went off to prepare for his devotions, dryly remarking: 'I am pleased to see that my courtiers are more anxious to work than to learn a new sport.'" 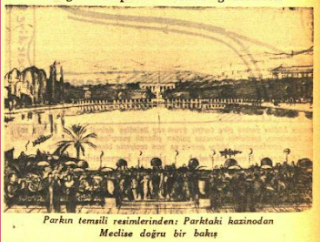 Gençlik Parki in Ankara opened on May 19, 1943 during a Turkish national holiday for 'youth and sports'. Designed by Hermann Jansen and constructed by landscape architect Theo Leveau, one of the park's most unusual features was a manmade artificial lake that was engineered by diverting the waters of Benderesi Creek. Although winter temperatures in Turkey's capital rarely dip below zero, back in the forties the Gençlik Parki proved a popular and unlikely skating destination.

Opened in 1980, the ice skating rink at the Hyatt Regency Hotel in Dubai was the United Arab Emirates' first. In my June 2015 interview with Richard Dwyer - Mr. Debonair himself - talked about his experience teaching there. He explained, "It was from about 1982 to 1988 and I'd go for a few weeks each time but I was there for one whole summer during that time. Ted Wilson had been with Ice Capades and I went over a number of times to do two week shows at the Hyatt Regency Hotel. It was one hundred and twenty degrees outside but nice and cool inside and the kids were phenomenal."

In the late seventies, a French construction firm was contracted to construct a two-rink facility in Kuwait City. It was an incredible feat for a city which at the time had no running water and relied solely on water delivered by truck from desalinization plants. The Ice Skating Rink facility opened to the public in March 1980 with a full-sized rink exclusively for the use of men and a second, smaller rink relegated to women and children. Sadly, this rink doubled as a morgue on multiple occasions.


Surya Bonaly performing to "The Cry Of Beirut" by Dana Dragomir at the 1994 Winter Olympic Games in Lillehammer, Norway 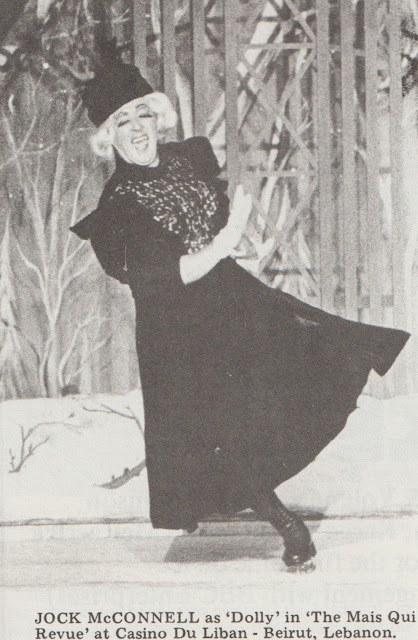 Designed by French architect Jean Royère, the popular Le Bristol Hotel in Beirut, Lebanon offered a unique attraction in the fifties, sixties and seventies: a lobby level ice rink with skate rentals. The small, circular rink was a popular destination for locals and hotel guests alike. Richard Bevis recalled skating at the hotel rink in 1959 in his travel memoir "Wanderjahr: An Odyssey of Sorts": "The ice was rough and my skates were dull, but I had a good time, despite taking a glorious fall while skating backwards." The Le Bristol Hotel wasn't the only Lebanese rink to install an ice rink during the fifties. The Casino du Liban, a popular casino twenty miles north of Beirut, once staged an ice revue as well.

Skate Guard is a blog dedicated to preserving the rich, colourful and fascinating history of figure skating and archives hundreds of compelling features and interviews in a searchable format for readers worldwide. Though there never has been nor will there be a charge for access to these resources, you taking the time to 'like' on the blog's Facebook page at http://www.facebook.com/SkateGuard would be so very much appreciated. Already 'liking'? Consider sharing this feature for others via social media. It would make all the difference in the blog reaching a wider audience. Have a question or comment regarding anything you have read here or have a suggestion for a topic related to figure skating history you would like to see covered? I'd love to hear from you! Learn the many ways you can reach out at http://skateguard1.blogspot.ca/p/contact.html.
Posted by Skate Guard Blog at June 11, 2020
Email ThisBlogThis!Share to TwitterShare to FacebookShare to Pinterest
Newer Post Older Post Home