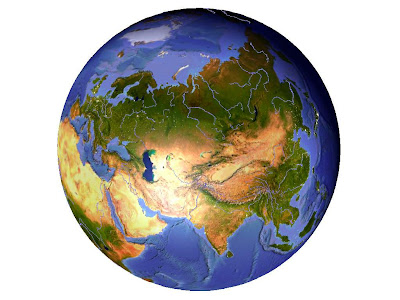 The competition at the 2013 World Figure Skating Championships in London, Ontario has drawn to a close and I've got lots to "blog about". The good, the bad, the ugly and the "oh HELL no!".

Let's start by talking about ice dance. Now, we saw some terrific performances in both the short and free dances and certainly some judging calls I wouldn't necessarily agree with as well. The good: both Meryl Davis and Charlie White and Tessa Virtue and Scott Moir brought their "A Game" to the table and battled it out in style. I got some shade on the Twitter from 2 anonymous people who didn't appreciate my tweet anticipating another Scott Moir temper tantrum and saying that I hoped he didn't rip off his medal like Surya Bonaly at the 1994 World Figure Skating Championships. In the end, both teams showed great sportsmanship and delivered fabulous free dances. Although I am not a massive fan of Virtue and Moir's "Carmen", it is certainly a difficult program with good speed and lifts. Davis and White's "Notre Dame De Paris" free skate, though, in my opinion was the skate of the night. Packed with difficulty, two back to back very strong lifts, flawless twizzles and great musical interpretation, it really was the skate with the "wow" factor. It's like comparing 2 apples though. I felt Kaitlyn Weaver and Andrew Poje's free dance was definitely superior to the effort put out by the Russians and Italians - it was a beautifully crafted program that spoke to me as being more of an art than a cookie cutter performance. Anyone that can craft something magical within this new system DESERVES a medal. Their short dance score arguably did hurt them, but their free dance was outstanding as well. The French team Natalie Pechalat and Fabian Bourzat, favourites for the bronze, were seriously robbed, dropping to 6th place from 4th after skating 2 programs that were really quite outstanding technically and full of fun. I was thrilled to see the German team of Nelli Zhiganshina and Alexander Gazsi finish in the top ten, with a FABULOUS zombie themed free dance full of character, speed, great lifts and originality. One of the most entertaining skates of the whole dance competition!

The pairs competition was not without excitement either. Tatiana Volosozhar and Maxim Trankov continued a strong season and claimed the title with an outstanding score of 225.71 ahead of favourites Aliona Savchenko and Robin Szolkowy of Germany, Canadian teams Meagan Duhamel and Eric Radford and Kristen Moore-Towers and Dylan Moscovitch and former World Champions Qing Pang and Jian Tong. Canada's extremely strong showing earned Skate Canada 3 pairs berths for the 2014 Winter Olympics in Sochi, Russia, which is fabulous! Now - don't get me wrong - I just LOVE Aliona and Robin, but their 1 point victory over Duhamel and Radford certainly indicates that change is in the air. That said, although Robin doubled two side by side jumps in the free skate, Savchenko and Szolkowy's skate was gutsy, featuring a 2 footed (and huge) throw triple axel. I wouldn't count them out just yet. But Duhamel and Radford's skate was out of this world - featuring a throw triple lutz and side by side triple lutzes, along with a throw triple loop and difficult lifts. This team is doing things that weren't even thought POSSIBLE in pairs skating. Ten years ago, who even attempted a side by side triple lutz or a throw triple lutz. The game is afoot, and it was great to see them (and Moore-Towers and Moscovitch, who also had the skate of their lives at home) finally really rewarded for their crazy talent. Next season just got very interesting and it hasn't even started yet.

The men's competition was full of great skating and judging that made me roll my eyes. The most positive thing about the competition, in my opinion, was the history that was made. Kazakhstan and Spain both won their countries first World Championship medals, with Denis Ten and Javier Fernandez winning the silver and bronze. Patrick Chan was crowned the winner for the 3rd year straight, delivering a flawless short program and a less than stellar free skate, featuring 2 beautiful quads but 3 failed triple jumps, two of them resulting in falls. Now, juxtaposed with 2 clean (and difficult) performances from Ten and very strong efforts from Javier Fernandez, Brian Joubert, Max Aaron, etc. it's hard to justify to audiences how the skater who doesn't have the best free skate wins the competition. I just cringed watching skaters that I really enjoy like Ross Miner, Tomas Verner and Michal Brezina have a rough time of it out there. The thing about skating we all have to remember though is that it is all about (or SHOULD be about) what you go out there and do. If you fumble in a few competitions, it doesn't mean you can't rebound. Another 2 things about the men I would like to comment on are how fabulous Kevin Reynolds' SP was (I'm now HOOKED on his music "Chambermaid Swing") and how I really must say that Brian Joubert is still owning it. He's a skater who takes a lot of crap from skating fans and judges alike, criticizing his weakness in spinning and "the in between stuff". That said, he laid down 2 solid skates here. He skated very well last year as well. He keeps coming back, which tells me he obviously loves to skate, and in my opinion his short program especially was one of the more entertaining programs in the whole men's competition. And the jumps weren't bad either!

As always, the ladies competition was wrought with controversy. Many felt that reigning World Champion Carolina Kostner's short program was generously rewarded with high PCS. Despite a fall, she still remained in the top 3. I joked that with a triple toe, triple loop and double axel, with some training Katarina Witt could certainly make a comeback and finish in the top 3 at Worlds. While I appreciate the steps Carolina has made to heighten the difficulty of her jumping passes, the fact her already easier short program WITH a mistake was scored so generously really makes me again question the inflation of PCS scores to skaters with a track record. LOVED seeing Alena Leonova out there. She stumbled a bit in the short program but came back guns blazing in the free skate, landing a triple lutz, 2 triple flips (one 2 footed) and a triple toe/triple toe combination. She showed passion and energy through to the end of her program, dispelling naysayers who didn't think she was still capable of competing at that level. The competition was certainly full of surprises. Gracie Gold stumbled out of a double axel and almost hit the boards, however despite a few mistakes, her world debut was quite strong! She finished 6th. Canada's Kaetlyn Osmond started off strongly with a 4th place finish and flawless short program, but unravelled a bit in the free skate, finishing 8th overall after 2 falls dropped her in the standings. She did - however - qualify 2 ladies spots at the 2012 Olympics in Sochi, meaning that all four fields will have multiple Canadian entries. Carolina Kostner's free skate was nerve wracking. Before her program started, she was overcoming a nosebleed, and twice during her program, she appeared to be distracted or concerned about her nose. The bleeding subsided! She started off strongly with a triple lutz and triple flip/triple toe and her only error was a popped triple loop until the very end of her exquisite "Bolero" free skate, when she took a nasty spill on a triple salchow. Carolina won the silver medal, and a confident and technically difficult but error marred free skate from Mao Asada took the bronze, ahead again of a flawless Kanako Murakami, who skated a brilliant short program. Ashley Wagner skated two strong programs, her only real error being a random fall on her footwork sequence in her free skate. She finished 5th. Gracie and Ashley's combined placements will ensure the U.S. has three ladies in Sochi. The winner of both the short program and free skate by an almost 20 point margin was 2010 Olympic Gold Medallist Yu Na Kim of Korea. Skating a perfect short program and her free skate to "Les Miserables", a tour de force choreographed by David Wilson, "Queen Yu Na" couldn't seem to put a foot wrong, railing off triple jumps like there was no tomorrow. She earned her title without a doubt.

All in all, this competition was certainly most exciting and I can't wait to see what next season has in store. The World Championships in the seasons before the Olympics usually give a hint of things to come, and if this competition was any indication, there's a lot of excitement in store for us!