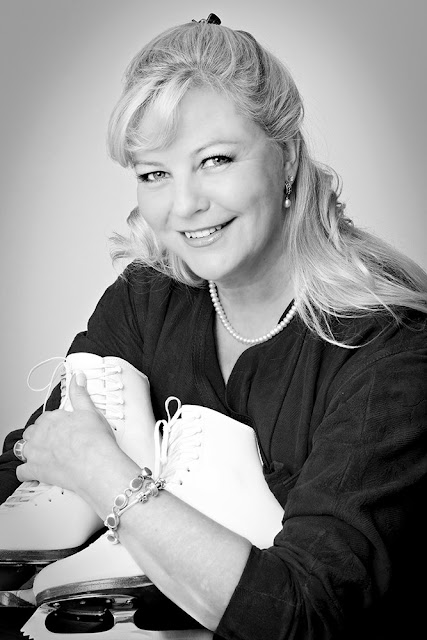 After winning 3 silver medals in ice dancing at the Canadian National Figure Skating Championships, Barbara Berezowski and David Porter win on to win to Canadian ice dance titles in 1975 and 1976 and represented Canada at the 1976 Winter Olympics in Innsbruck, Austria - the first Winter Olympics where ice dancing was included as an Olympic Sport. After making history and finishing in the top 10 in these Olympic Games, Berezowski and Porter turned professional, touring with Toller Cranston and later with Ice Follies. In addition, Barbara was crowned Miss Toronto in 1976, was a finalist for Miss Canada and Barbara and David went on to win the 1977 World Professional Figure Skating Championships. Now an esteemed author and motivational speaker, I had a chance to ask Barbara about her competitive and professional careers and the state of figure skating today.

Q: As a Canadian figure skating champion, you had the experience of representing Canada at the 1976 Winter Olympics. What was this entire experience like for you and how did it change you?


A: My goal was always to become Champion of Canada and then to one day skate in Ice Follies as a professional. The Olympics was never within our sights because Ice Dancing was not an event in the Olympic Games. In fact, one of the most difficult moments for me was back in 1972 when we won the Silver Medal in Canada. It was at the Canadian championships in London, Ontario. We had just finished the event. The Canadian Figure Skating Association (CFSA, now known as Skate Canada) had all the medallists gathered on the ice for the official 1972 Team pictures. First, the World Team Members were named. This Team would represent Canada at the upcoming World Championships. It consisted of the medal winners in the various events: Ladies, Men’s, Pairs and Ice Dance. Then came the official Team Photos for the skaters named to the Olympic Team...but only those competing in Ladies' Singles, Men's Singles and Pairs were called out. I could never understand why ice dancing was not a part of it but it was not something we had control over and so it was what it was. Very disappointing and unfair, I thought. Having said that, we were very proud to represent our country at the World level, it was a thrill and I took on the responsibility with great pride. Little did we know that we would be Champions of Canada in the right place and in the right time. I couldn't believe the announcement that Ice Dancing was to be an official event at the 1976 Olympic Winter Games in Innsbruck, Austria! Wow! That was a game changer (sorry for the pun) and our sights were now set on those 5 wonderful rings! Being named to your country's Olympic Team is an experience of a lifetime. It is so overwhelming. When you arrive at Olympic Village and register as a participant, you realize the enormity of the event. It's just not a "skating" competition. You are surrounded by the world class athletes of every winter sport! Everything is suddenly more immense... your excitement level, your responsibility, the size of the world stage you are about to step out onto, etc. It was wonderfully amazing, an experience I will never forget. One note for the record books: David (my skating partner) and I drew the dreaded number one in skating order at the Innsbruck Olympics. Dreaded because you never want to be the first competitor: it almost guarantees low marks, no matter what you do because the judges have to leave room for the other 25 skating teams to come. Looking back on that now though, there was a silver lining to that: that action made David and I the first Ice Dancers in the World to ever compete in the Olympics! The entire experience of being at the Olympics changed my outlook on how important achievement is and how it can inspire others. It made me realize that I was more than just a skater... I was an Olympian and because of that I have a duty to share what I've learned and experienced and to inspire others.

Q: You won the World Professional Figure Skating Championships in Jaca, Spain. What was this experience like and what are your memories of this competition?


A: Firstly, the people in Jaca, Spain were wonderful. They welcomed us with open arms and shared their excitement and pride by hosting a fabulous event. It was a little strange to go back into a competitive mode after skating professionally for a year, at that point. We were now used to skating in spotlights and show makeup and sequins, backed with a cast of skaters. To go back into a competition was a little bit of a strange feeling but once we got there, we knew it was meant to be. It was a bit of a "going home feeling" because the other competitors there were the same skaters we competed against for years in the amateur world. It is no secret that there were many deals made between skating federations, back in the day, and the final placements and medals awarded at the world championships, were not always on the merits of the skaters out in the middle of the ice, alone. Now, at the World Professional Championships, we were all looking forward to a more level playing field. No political agendas, no behind-the-scene deals to be made... just a chance to put your stuff out there and be appreciated for what you do...honestly. Winning that World Professional Ice Dance Title was huge and meant so much to us because we had now proven that what we believed about the results in the amateur world events (we deserved to be placed much higher than 7th in the world) was true. The skaters that we out-skated at this event, were the very same competitors that we out-skated in the amateur world yet they were always placed higher. Now, the tables were turned and winning was sweet. It gave us peace of mind to finally be recognized for our ability and talent. 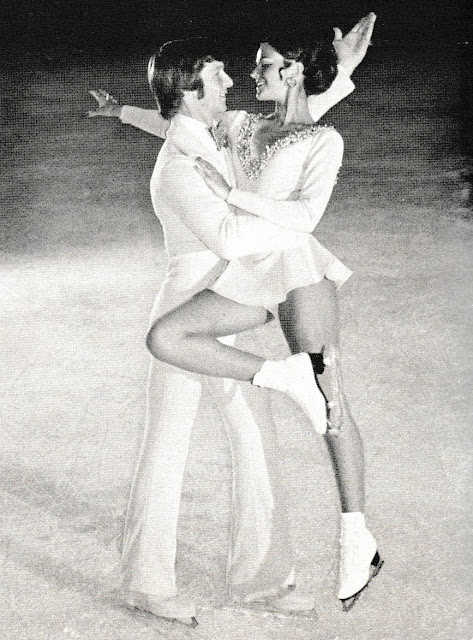 Q: How has ice dance changed in your opinion and do you agree with the way it is scored as opposed to under the 6.0 system?

A: There have been many changes in Ice Dance and I like some of the artistic freedom the skaters are allowed (i.e.: the music) but I do not like that the rules seem to be a demand to up the pair-skating elements within ice dancing. There are times though that I feel the new judging system has pros and cons. Obviously on the pro side, the deals cannot be made and judges can no longer "fix" the scores... on the con side, I feel that there is just too much put on "a point for this and a deduction for that"... the big picture is sometimes lost. Just let them dance, I don't like pair spins in a dance program.

Q: You're an accomplished writer and public speaker. What are your goals and what is the most important part of your work you do today?

A: Thank you for that. As I said earlier, as an Olympian, I feel it is my Duty to share what I've learned and to inspire others. This is my mission and it is passion. In my book: "Win At Life and Positively Sparkle! An Olympian's Advice For Success", I write about how important it is to me to share my outlook. I want to teach others; I want to help others succeed. Having performed on the world stage, the experiences have taught me many lessons that I can now apply towards what I do as a Speaker on the motivational stage. I allow my passionate feelings for my message to guide me towards this new adventure.


Q: Who are your favourite Canadian ice dancers?

A: Without question, I have to say Tessa Virtue and Scott Moir! They are our Canadian sweethearts and are so talented and wonderful Ambassadors for our sport. You can see that their feelings are true; they are just being themselves out there on the ice, which is perfect. That is all they need to be. I do also have to mention that I enjoy watching our other very talented ice dancers: Kaitlyn Weaver and Andrew Poje. There is alot of talent in Canadian ice dancing – Piper Gilles and Paul Poirier, Nicole Orford and Thomas Williams and so many more. We have so many young couples that are ready and waiting in the wings for their turn to shine and they will! What I like most is that there is a good, healthy and exciting competition between Virtue&Moir vs. Davis&White for world ice dance dominance at the present moment. Makes for entertaining viewing.

Q: What are your thoughts on the future of figure skating? What kinds of changes and innovations do you think you'll see in our lifetimes?

A: That's a difficult question to answer... In today's world of big money, sponsorships, marketing and the fact that athletes can have lucrative financial careers while still "amateurs", you will see more 4 time, 5 time, 6 time, etc. champions. They can now afford to stay in the game longer, as opposed to the 2 time, 3 time champions of the past who were just as good and equally as talented (for their time) but they couldn't afford to go the distance because they had to support themselves. It would be nice to raise people's awareness of the importance of looking at the big picture and to understand why we are now seeing multi-year champions. Progress doesn't just happen out on the ice, it's also in the system and the life factors of the time. I would like to see figures come back in the instructional/developmental side of skating; there are many out there that can fling themselves into quad after quad but they lack the fundamentals. I just hope that there will be a limit, at some point, to the technical side of skating and allow the blade to just glide.


Q: If you could give the world one piece of advice that would improve their day to day lives, what would it be?

A: That's easy.... B Positive and Sparkle! I say it everyday. For anything you do in life, you must remain true to yourself. Always look at the big picture. Love life, be grateful for all the little things, believe in yourself, be passionate about your purpose and have a positive attitude.