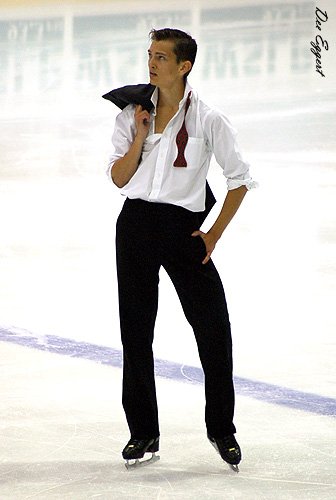 One of the most interesting and exciting young choreographers in the sport today, Garrett Kling is a former competitive figure skater who, as a competitor in YAS (Young Artists Showcase), proved he was not only a total star but a gifted choreographer as well. In this interview, I had to chance to not only learn more about his choreography and his inspirations, but also about Garrett himself:

Q: Tell me about your background in skating, what first drew you to the sport and what drew you to choreographing for other skaters.


A: I was a very active kid - always performing, putting on a show (to the point of being truly obnoxious, just ask my parents!) The first exposure to skating that I remember was at the age of 7 watching a Scott Hamilton television special. I actually tried to teach myself to jump in my kitchen. A few broken pans later I finally started skating seriously by the time I was nine and took off ever since. I loved performing, but competing made me sick - literally. I had terrible nerves all the time and wildly inconsistent jumps. Year after year I was an alternate to nationals. I finished competing in 2011 and kickstarted a career in choreography and doing shows. I am incredibly grateful for the rink I grew up in at Chaska because I would usually train and have lessons in the morning from 7-9 a.m. and then I wouldn't have to go to school until 11 a.m. so for an hour-and-a-half I would have "play time" on the ice where it would be entirely empty and I would put music on and just lose myself in creating and improving to music. Those moments are truly my favourite memories on the ice and where I began to gather all my ideas and creativity for choreography.


Garrett performing as part of YAS2
Q: I had chance to see a lot of the work you did with YAS (Young Artists Showcase) - which I adored! What do you like most about this project and why should more people get involved?


A: Thank you so much! YAS came at the perfect point in my career as I was making the transition from competing into choreography. YAS is revolutionary for skating artistically and technologically. Audrey Weisiger created it as a way to give artistry its voice back to the sport. I believe there has been a lull in artistic skating for some time now due to many factors, but now there is a whole new community hungry for its resurgence. YAS is a global community and I am so grateful to be part of it. I cannot encourage enough people to take part in YAS. If you have any interest in choreography, creating and artistry, take the plunge and do it! It is a platform to make your voice heard and to start the creative process. I found it to be a safe place to start finding who I was as a choreographer and artist. The new season is going to kick off soon, so go to www.youngartistsshowcase.net for more info!

Q: What skater would you most like to meet that you haven't yet? Choreograph a program for?

A: I could make this answer a novel since I am a geek and literally have music picked out for so many skaters that I want to choreograph for. If I had to pick ONE I would say Stephane Lambiel. He is just an incredible athlete and artist and I just feel like we could make the sickest program ever with his ability to move. If there was a skater that I would want to meet it would be Toller Cranston. A perfect day would include going to his lavish house, seeing all his art and telling me story after story. We know his books only contained half of all his stories.

Q: Who is your favourite figure skating Olympic gold medallist of all time?

A: The most influential in my life have been John Curry and Torvill/Dean. What draws me to them so much is how revolutionary they were. John Curry was such a pioneer infusing dance with skating and creating a touring ice theatre that performed in the same manner as a dance company. That would be an ultimate dream for a touring ice theatre to one day happen again! Torvill/Dean created such genius work throughout their illustrious career and I have studied so many of their programs again and again.

Q: What is the most challenging part of taking a program idea and making it come to life?

A: This is something that I have been thinking a lot about lately because I have so many ideas, but the hardest thing for any artist is to make those ideas reality. Art has a conspicuous way of taking its own path once you begin the process and sometimes it travels an entirely different direction than originally planned. Fear is my worst enemy, but I'm starting to learn not to be afraid of the process. I'm currently reading a book about the creative process and it says that because all creative ideas go against the grain to some degree, it is going to appear eccentric and out of order at the beginning. In order for figure skating to progress and change, there must be those who take those risks to be different and let their desire to create outweigh the fear of their ideas becoming a flop! And that takes a lot of courage and confidence in your craft. At 22 years old I know I still have so much to learn, but I am a sponge right now just craving more and more knowledge and inspiration. I am blessed to have so many great mentors such as Jodi Porter and Audrey Weisiger who are encouraging me to do just that. 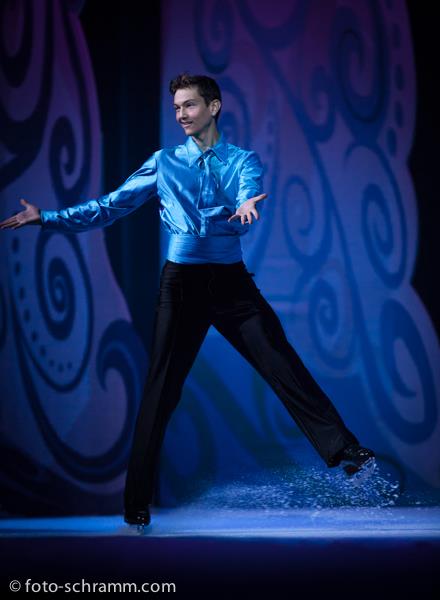 Q: Will you be involved with YAS again this season? I'm hoping the answer is yes.

A: I will certainly always be involved with YAS, but not anymore as a contestant. After two seasons of competing I feel like I have experienced and learned exactly what I needed to in order to take the next step in my career as a choreographer. Once a YASer always a YASer, so I will continue to promote and market the event and would love to still be involved in the Master's category they started this past year where past contestants create pieces to showcase. So I will still peak my head in there!


A: The popularity of professional skating in the 90s is what brought me into the sport. Seeing the icons of Browning, Hamilton, Yamaguchi and Boitano week after week on television allowed people to relate to these skaters. So it's sad nowadays that the world of pro skating is now so small, but our world is so different now in terms of social media and the changing ways that people indulge in media and entertainment. Skating needs to adjust and that is why I believe YAS is the platform for this new order. We would love for YAS to grow into something like a television series where choreographers create pieces for world-class skaters and then they are judged by a panel in the same style of Dancing with the Stars or So You Think You Can Dance. Skating has the ability to be just as marketable as these other shows, but it just needs the right combination of creative ideas, skating stars and of course -- enough money! Hopefully some day soon!


Q: Who is your favourite singer or band?
A: This answer certainly changes weekly, if not sometimes daily! Music is a constant in my world. If I had to pick just a few that have impacted me most in my life I would have to narrow it down to Jeff Buckley, Queen, Olafur Arnalds, The Penguin Cafe Orchestra, Laura Marling and Damien Rice. Currently I'm really digging Cloud Cults newest album 'Love' and the electronica-tango group Bajofondo.

Q: Who is your favourite choreographer, skating or otherwise?

A: I again have to say Chris Dean. The work he does with skaters and for Stars on Ice is a constant source of inspiration and amazement for me. In the dance world I am a big fan of modern choreographers Jiri Kylian who is with the Nederlands Dance Theatre and Twyla Tharp who has also created works for figure skating. My new obsession is hip hop dancing and this summer I promised myself I'd start taking class. Mariel Martin from the group "Choreo Cookies" is a choreographer that I am so in love with -- her work is so passionate and she is a master story teller.


Q: What projects are you working on and where can we see your work next?

A: There are a lot of upcoming projects I am involved in and would love to spread the word about! The most immediate one is that Ice Theatre of New York is presenting the Young Artists Showcase finalists at the Rockefeller Center on March 27. There is a kickstarter campaign to raise funds for the event here at http://www.kickstarter.com/projects/457817141/creative-new-voices-in-figure-skating-at-rockefell. I will be performing there and am excited to present new pieces of my choreography! I am also choreographing and performing May 2nd with Chicago's Ice Theatre 'Ice-Semble' in collaboration with the American Ice Theatre. The official info isn't quite out yet, but here is the website where it will be soon: http://www.americanicetheatre.org/current-season/. In May, I am also dabbling in off-ice choreography. I will be creating a dance piece on a rooftop in Chicago for an exciting project called the "Wake Up! Waltz" For more information you can visit http://wakeupwaltz.com. Visit Garrett's YouTube channel for lots of samplings of his choreography at  http://www.youtube.com/gbkling!

Skate Guard is a blog dedicated to preserving the rich, colourful and fascinating history of figure skating and archives hundreds of compelling features and interviews in a searchable format for readers worldwide. Though there never has been nor will there be a charge for access to these resources, you taking the time to 'like' on the blog's Facebook page at http://www.facebook.com/SkateGuard would be so very much appreciated. Already 'liking'? Consider sharing this feature for others via social media. It would make all the difference in the blog reaching a wider audience. Have a question or comment regarding anything you have read here or have a suggestion for a topic related to figure skating history you would like to see covered? I'd love to hear from you! Learn the many ways you can reach out at http://skateguard1.blogspot.ca/p/contact.html.
Posted by Skate Guard Blog at March 05, 2013
Email ThisBlogThis!Share to TwitterShare to FacebookShare to Pinterest
Newer Post Older Post Home
"As a rule an author has one or two popular ways of contrasting the past with the present. He can treat the past as lying in comparative doleful ignorance, or he can explain that the past was infinitely superior to the day we live in. Of course, either method is the popular journalism of the moment, and in reality there is no sharp contrast, but a gradual transition which leads the past into the present." - Joel B. Liberman, Skating Club Of New York