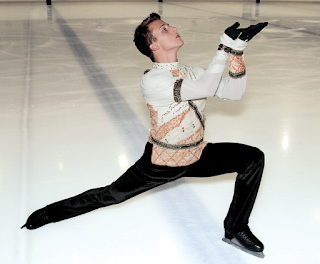 Ever since South Africa first became a member of the International Skating Union, figure skating has been slowly developing in a country you wouldn't normally think of when it comes to developing competitive skaters. With skaters like Dino Quattrocecere, Shirene Human and others helping pioneer the international exposure of South Africa's athletes in the mid 1990's, training conditions and coaching have likewise improved for South African skaters. With South Africa's National Championships starting this weekend, it only makes sense to check it with one of the elite athletes competing at this event. I had chance to speak with Johann Wilkinson, South Africa's junior men's champion who is looking to defend his title at these Nationals. This talented 18 year old talked about skating in his country, the upcoming National Championships, his role models, programs for the upcoming season and more:

Q: In winning South Africa's junior men's title, you obviously reached a goal. What are your future goals in skating?

A: My future goal is to defend my title well at the next Nationals and hopefully improve on my score at home and abroad. The next step would be testing for senior and moving up the season after next. If I can do that, I'll be happy and if I can produce a gold winning performance it will be an absolute bonus.

Q: What are your programs for the upcoming season?

A: Seeing that we are in the Southern Hemisphere our seasons are a little odd and our 2013 Nationals are this coming Sunday through Tuesday. So for the short program, it will be "In The Mood" by Glenn Miller and for the free skate "The Feeling Begins" by Peter Gabriel.

Q: What new elements are you working on that you hope to perfect in the future?

A: I have been working on the higher triples, namely the triple flip and triple lutz. Also, to slight embarrassment, the spread eagle. I just can't seem to do it! 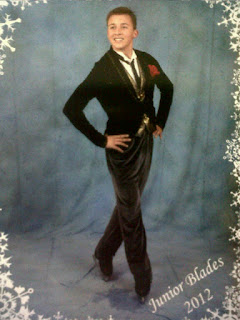 Q: Who are your role models in South African skating and worldwide?

A: I must say that I have SO many role models in skating that include both male and female skaters for a whole range of different reasons. Highest on the list I will have to say Gareth Eckhardt and Lejeanne Marais (South African skaters.) As for the world, definitely Evgeni Plushenko and Kurt Browning.

Q: What can you tell us about how skating has progressed in your country?

A. This is a tough one. Skating has been up and down in he last few years as our resources have become more limited but lately skating has improved a whole lot. Competition has become more fierce and the fighting spirit is now a welcome addition. Our skaters have been putting their best foot forward and skating is taking a turn for the better. We have a good system here and with it a great support base and an awesome training atmosphere, especially here in the Ice Station in Cape Town. 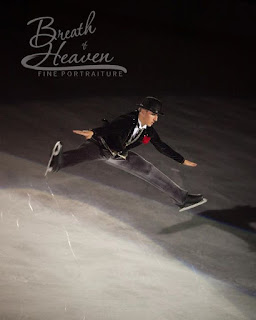 Q: What are your hobbies off the ice?

A: Hobbies? That's when I get time! I'm a home-schooled student and spend a lot of my time training and studying at the rink. I generally hike with friends or just mess about with anything interesting that I have a liking for at that particular time.

Q: What is your favorite movie and one movie you haven't seen but would love to?

A: There are SO many amazing movies! I'm a series person myself but I am absolutely in love with any fantasy movies like the "Harry Potter", "Lord of the Rings" and "Pirates Of The Caribbean" movies etc. "Life of Pi" and "Oblivion" are movies I am still dying to watch.

Q: What is the most challenging part of competing and the most rewarding?

A: I must say for me the most challenging part of competing is the mental aspect. I frequently 'psych' myself out and end up losing focus. Then again, those moments when you pull yourself towards yourself (as my coach Dantin Broodryk puts it) and get the job done and get it done well... it is the best reward there is.

Q: If you could describe yourself in one word, what would it be?

A: It will have to be a SUPER long word. Something like "supercalifragilisticexpialidocious"! Or just "interesting". 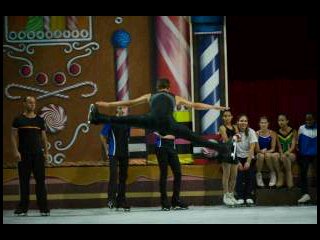 Skate Guard is a blog dedicated to preserving the rich, colourful and fascinating history of figure skating. Over ten years, the blog has featured over a thousand free articles covering all aspects of the sport's history, as well as four compelling in-depth features. To read the latest articles, follow the blog on Facebook, Twitter, Pinterest and YouTube. If you enjoy Skate Guard, please show your support for this archive by ordering a copy of the figure skating reference books "The Almanac of Canadian Figure Skating", "Technical Merit: A History of Figure Skating Jumps" and "A Bibliography of Figure Skating": https://skateguard1.blogspot.com/p/buy-book.html.
Posted by Skate Guard Blog at May 09, 2013
Email ThisBlogThis!Share to TwitterShare to FacebookShare to Pinterest
Newer Post Older Post Home