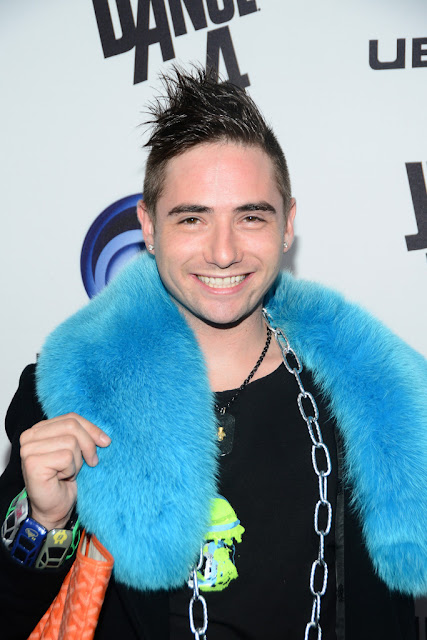 If fabulous is your thing, then you'd just love Michael Kuluva. From 1989 to 2001, Kuluva competed at the national and international level as a figure skater. Turning professional, he toured as a principal skater with both Holiday and On Ice and Disney On Ice. He has skated on Good Morning America, The Today Show and Live With Regis And Kelly. Retiring from skating in 2009, he studied fashion and started his own fashion label, Tumbler And Tipsy, and has since exhibited his work at Los Angeles Fashion Week, New York Fashion Week, in print and on television. Cute as a button, his creative and fashion forward work has been praised by celebrities and skaters worldwide - from Lil Kim, Lance Bass, Cazwell, and RuPaul's Drag Race contestant Shangela to figure skating icons Johnny Weir, Tara Lipinski, Sarah Hughes and Sasha Cohen. Whether on the ice or the runway, Kuluva is a larger than life personality you just can't help but smile watching! I had the pleasure of interviewing him and asking his thoughts on figure skating, fashion and the connection between both worlds:

Q: What was your absolute favourite moment during your skating career?

A: There are so many amazing moments from skating to sold out arenas around the world with thousands of people watching to training an amateur with my coach Frank Carroll alongside fellow skaters Michelle Kwan and Timothy Goebel.


Q: In touring as a principal with Holiday On Ice and Disney On Ice, what were the main differences between both shows?

A: Yes, there is a huge difference between both shows. Disney On Ice is an amazing production however you do not portray yourself, you are going to portray a Disney character which can be difficult. Thankfully enough, Disney came out with a character that fit me like a glove, Dash Parr from the movie "The Incredibles". Holiday On Ice with Robin Cousins, gave me the opportunity to really skate as myself not as a character with specific lines. I was able to grow as a skater by making my skating more mature plus I was able to try new artistic creations with that production company.

Q: Did you enjoy performing professionally more or less than competing as an ISU eligible skater?

A: I LOVED performing as a professional skater more than competing at the higher levels in amateur skating because I was able to have fun. I was able to skate for fun not worrying about the judges thought or if "I didn't land this jump tonight my career is over". I would be more at ease being a professional, getting paid to skate, traveling the world plus getting to live a life people dream of. 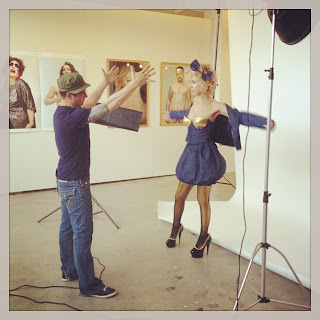 Q: Your fashion label, Tumbler And Tipsy, has been incredibly successful. How did you transition from skating into the fashion world?

A: While I was with Holiday On Ice in Paris, France, I was able to go Paris Fashion Week with a friend. I met Roberto Cavalli and spoke with him for a few short minutes and he gave me the fashion bug. I wasn't sure exactly at first what I wanted to be in the industry however I knew fashion was something I wanted to pursue. Once I returned home from my European tour with Holiday On Ice, I then applied and got accepted into the Fashion Institute of Design and Merchandising (FIDM) where I pursued an intern at a luxury fashion label while starting Tumbler and Tipsy. 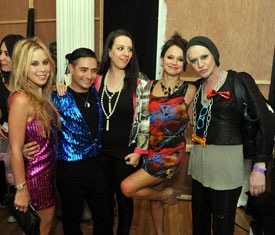 Q: Who do you think are the most fashionable skaters in the skating world today?

A: Skaters are super fashionable and I love that! They love the glitzy glam look that is almost an "old Hollywood feel", however I would have to say currently my top 10 most fashionable skaters are... 1) Johnny Weir 2) Sasha Cohen 3) Tara Lipinski 4) Adam Rippon 5) Mirai Nagasu 6) Sarah Hughes 7) Kristi Yamaguchi 8) Brian Boitano 9) Dorothy Hamill 10) Tai Babilonia. 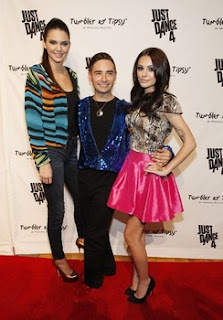 Q: What are your thoughts on the current state of the figure skating world and who are your favourite skaters to watch compete today?

A: The current skating today has changed a lot since I was competing however I hope we can build the sport up once again with new amazing talent like Adam Rippon, Mirai Nagasu, Ashley Wagner and Max Aaron.

Q: What is one place in the world you'd most like to visit someday and haven't as of yet?

A: I would love to go visit my family and friends down under in Australia! Then I think I'll hit up New Zealand and Fiji while I am around that area. 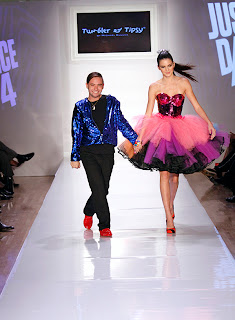 Q: If you had to be stranded on a desert island with 3 celebrities, who would they be and why?

A: I think I would love to have someone definitely funny on the island with me to entertain me like Kathy Griffin, a person who has survived on an island before - Bradley Cooper - and then my Olympic boyfriend Russ Witherby.

Q: How can the fashion world learn from figure skating and vice versa?

A: Figure skating and fashion go hand in hand actually. Most skaters work with designers for their costumes whether you are an amateur skater or professional. We are all creative in this sport and in fashion so when both come together, its easy to process. We are very visual people.

Q: What is your personal mantra? 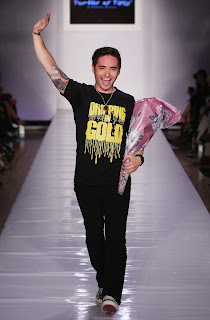 Check out Michael's website for Tumbler And Tipsy at http://tumblerandtipsy.squarespace.com.

Skate Guard is a blog dedicated to preserving the rich, colourful and fascinating history of figure skating and archives hundreds of compelling features and interviews in a searchable format for readers worldwide. Though there never has been nor will there be a charge for access to these resources, you taking the time to 'like' on the blog's Facebook page at http://www.facebook.com/SkateGuard would be so very much appreciated. Already 'liking'? Consider sharing this feature for others via social media. It would make all the difference in the blog reaching a wider audience. Have a question or comment regarding anything you have read here or have a suggestion for a topic related to figure skating history you would like to see covered? I'd love to hear from you! Learn the many ways you can reach out at http://skateguard1.blogspot.ca/p/contact.html.
Posted by Skate Guard Blog at May 01, 2013
Email ThisBlogThis!Share to TwitterShare to FacebookShare to Pinterest
Newer Post Older Post Home
"As a rule an author has one or two popular ways of contrasting the past with the present. He can treat the past as lying in comparative doleful ignorance, or he can explain that the past was infinitely superior to the day we live in. Of course, either method is the popular journalism of the moment, and in reality there is no sharp contrast, but a gradual transition which leads the past into the present." - Joel B. Liberman, Skating Club Of New York