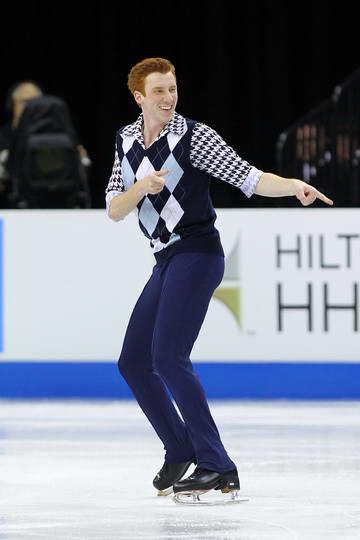 Some of the most exciting skaters out there aren't necessarily the ones that have won every medal out there. Some of them are the skaters that entertain us every time we watch them! Always full of energy and charisma on the ice, Sean Rabbitt is a skater that will certainly factor into the mix next season at the 2014 U.S. Figure Skating Championships in Boston. Having first competed as a junior at the 2010 U.S. Figure Skating Championships, he went on to compete as a senior at the national level in 2011 and 2013. A previous finalist in YAS (Young Artists Showcase), Sean's choreographic skills and shining personality on the ice always make him a treat to watch. I had the chance to interview him about his skating career and his plans for the upcoming season!

Q: What is the most interesting experience you’ve had since you started skating?

A: The first question and it’s a hard one... I think over the years I have had many interesting experiences, but the first thing that comes to mind when you say interesting is my well known fall during my Michael Jackson short program at the 2011 U.S. Championships in Greensboro, North Carolina. That whole trip, now that I really think about it, was an interesting experience within itself. Long story short, I had the flu, didn’t skate much, and went out and stayed on my feet (jump wise) but then got too ahead of myself and fell on nothing! And that isn’t the first time! Now that I think about that, I have done that a few times in competition. haha 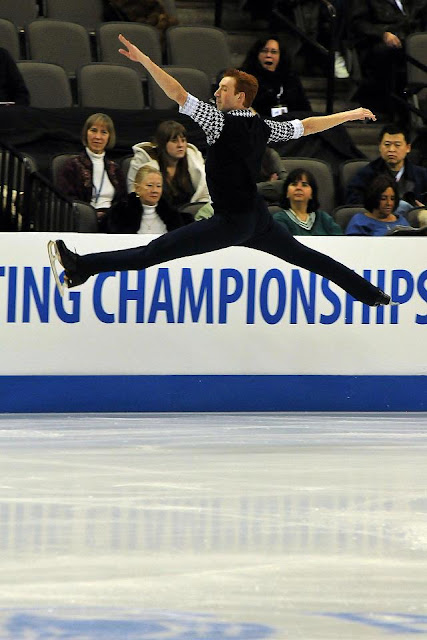 Q: What skaters do you most admire and respect? Who are your favorite skaters to watch that you have competed against?

A: I really admire many different skaters for many different reasons, but to pick two, Robin Cousins and Daisuke Takahashi. They both have great technical execution as well as having the ability to capture an audience regardless how they “compete” that day, they have the all-around package that I admire in a skater. As for who my favorite skaters to watch that I have competed against are, I would have to say I really enjoy watching my training mates. The group of skaters that I skate with is a very tight group. We train together 5-6 days a week and spend a lot of time together away from the ice. So when we are competing, although we are competing against each other, it is a lot of fun to cheer each other on and have that comradery.

Q: Have you ever considered pairs skating or ice dancing?

A: Actually, not many know this but I have tested through my Novice Pair test! I competed in Juvenile pairs for 3 years at the US Junior National Championships (2002-2004), and then during my 3 years of competing in Junior Men, I decided to test up and try my hand at pairs and after a few tryouts decided to stick with my singles. 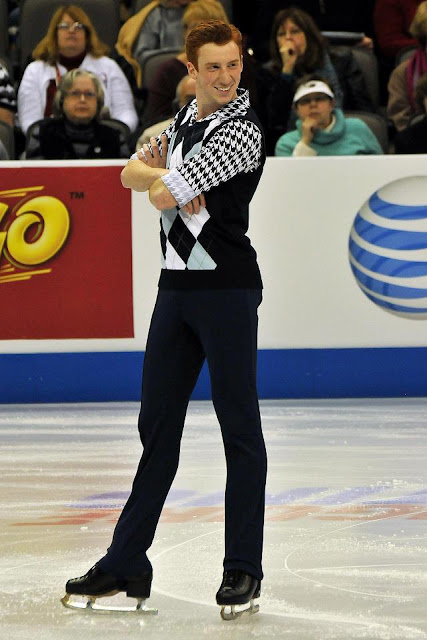 Q: What I totally love about your skating is your excellent interpretation of music and presentation. Do you think musicality and presentation are something that can only come naturally or can it be taught?

A: I am flattered by this question, and I feel that musicality and presentation are something that comes naturally to me, and for many who are artistic skaters - it comes naturally to them too. But I think for those who are not as skilled in it, they can be taught how to interpret the music and present out to the audience. I think it’s tough, but I believe anyone can be taught to do anything.

Q: You are fluent in both English and Japanese. How did you learn Japanese and has it opened up your world view more?

A: I learned Japanese by taking some college classes, and finished all 4 levels that they offered. From there I practiced with my brother who is also fluent in Japanese, and with his wife who is Japanese. I think it has taught me to be very open minded and respectful to other people and their cultures, not just Japan, whether it be food, ways of life, or even just ways of interaction with others. 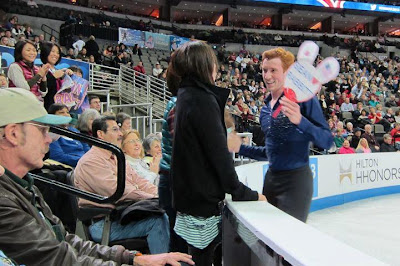 Q: What is your favourite and least favourite skating element to perform?

A: Everyone says we perform all the elements so we have to like them all... LIES!!!! Haha! I overall enjoy performing all elements but my favorite elements are triple-triple combos, and spread eagles. My least favorite element I would have to say is the lutz. Although I feel I am good at them and execute them well, we have a love/hate relationship.

Q: Young Artists Showcase is a wonderful new project that has really encouraged skaters to develop their artistic skills and take risks. You are a former finalist! Describe your experience with YAS and why you think it is helping the sport.


Q: What are your goals for the upcoming 2013/2014 season? Have you started working on new programs as of yet and what choreographers will you be working with?

A: For the 2013/2014 season I would like to incorporate a triple axel as a part of my jump arsenal but would also like to really show a new maturity to my skating without changing the personality that people, such as you, really enjoy about my skating! My short program is completed and is to “Who Wants To Live Forever” by David Garrett,  choreographed by Justin Dillon. I really want to show that I am not just a fun skater, but can also show a modern lyrical side to my skating. For my free skate, I am working with Cindy Stuart, and we are in the middle of choreographing to “Sing Sing Sing, Part 2” from "Fosse". So far, what we have is a lot of fun.

Q: What are your long term goals in the sport?

A: My long term goal in this sport is to compete internationally for the U.S. as well as be a role model for the up and coming skaters of this sport. I also want skaters to realize that just because you don’t start out at the top doesn’t mean it’s not possible to get to the top and to stick with it and persevere.

A: I have read a lot of books recently and most recently read a book called "Shanghai Girls" that my grandpa recommended, and it’s about two young women who grew up in pre-communist China, in a very wealthy family, and lost it all in the communist takeover. Another book that I am reading now is called "Wheat Belly", which discusses how wheat has been used as a filler in many foods and is the cause of much of the rising obesity rate in the US.


Q: What’s one thing that most people don’t know about you?

A: I think due to social media, I am an overall open book, but I think many don’t know that I am an awesome cook.

Q: What’s the best advice you’ve ever been given when it comes to figure skating ?

A: The best advice I have ever been given is to be in the moment and breathe. Don’t focus on things you can’t control. You can only control what you are doing in that moment. Breathing.. it’s just important! 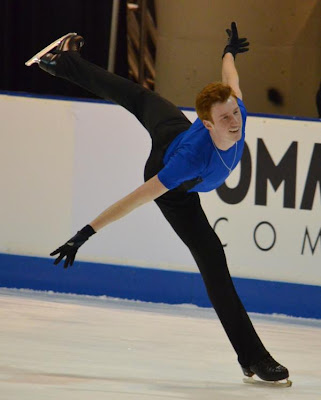 Skate Guard is a blog dedicated to preserving the rich, colourful and fascinating history of figure skating. Over ten years, the blog has featured over a thousand free articles covering all aspects of the sport's history, as well as four compelling in-depth features. To read the latest articles, follow the blog on Facebook, Twitter, Pinterest and YouTube. If you enjoy Skate Guard, please show your support for this archive by ordering a copy of the figure skating reference books "The Almanac of Canadian Figure Skating", "Technical Merit: A History of Figure Skating Jumps" and "A Bibliography of Figure Skating": https://skateguard1.blogspot.com/p/buy-book.html.
Posted by Skate Guard Blog at May 02, 2013
Email ThisBlogThis!Share to TwitterShare to FacebookShare to Pinterest
Newer Post Older Post Home