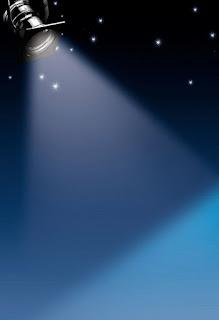 In 1931, the first "World Professional Competition" was established in Great Britain. Having organized a competition for male instructors of the sport earlier in the year, England's National Skating Association organized an open professional competition for men, ladies and pairs skaters, adding ice dancing at the 1939 event. These professional competitions continued through 1956. Mostly show skaters participated, and competitors at these events included Sonja Henie's coach, Howard Nicholson, Swiss brothers Jacques and Arnold Gerschwiler, 1936 Olympic Silver Medallist and 1937 World Champion Cecelia Colledge and 1953 World Pairs Champion Jennifer Nicks (who won the title with her brother John, who has coached many of skating's elite over the years including Peggy Fleming, Tai Babilonia, Randy Gardner and Ashley Wagner). Also competing were Herbert Aylward, Marilyn Hoskins, PSA founder Gladys Hogg, Ronald Baker, Len Liggett and Pamela Murray, among countless others. In the 1960's, this competition moved to Spain, the forerunner to the highly successful Campeonatos del Mundo de Patinaje Artístico Professional Sobre Hielo (World Professional Figure Skating Championships), which was organized by the Imperial Professional Figure Skating Associaton and ran from the 1960's. Until last held in 1998, the Jaca world professional event was one of very few professional competitions historically that has offered ALL professional skaters an inclusive opportunity to participate.

In 1965, ABC's Wide World Of Sports made history by broadcasting "the first of it's kind", the 1965 World Professional Invitational Championships, held in Lake Placid, New York. With more than $5000 in prizes which certainly was a respectable sum at the time - on the line, professional competition was a new concept to North American audiences. In a pre-competition interview, 1962 World Champions Otto and Maria Jelinek of Canada, who were competing in the pairs event explained and demonstrated the difference between a lot of the 'legal' moves used in ISU competition and the 'illegal' moves used in professional skating. At the time, lifts could only go up and down with no carrying, and the Jelinek's demonstrated a banana lift and a leap of faith, which would become staples in professional figure skating competitions for years to come. In addition to the Jelineks, the competition featured 1960 Olympic Bronze Medallist and 1962 World Champion Donald Jackson, who won the men's competition with a program that featured 2 double axels, an array of other double jumps and a huge single axel with his legs tucked up to his knees. He outskated fellow Canadian Bill Neale, a former teammate of Jackson's who competed at the Canadian National Championships, North American Figure Skating Championships and World Figure Skating Championships as well. Although there was a noticeable lack in the choreography department, with almost no arm movement or real choreography between the elements, Neale skated cleanly as well, landing a double axel, double lutz, one and a half flip into double flip and performing an axel sit spin, good footwork and interesting spin variations. 1962 U.S. Men's Champion Pieter Kollen finished third in the men's event. Interestingly, Kollen, who skated in both men's and pairs skating (with partner Patti Gustafson) as an amateur, was part of the first team to perform a throw axel jump.

MOST WORLD PROFESSIONAL TITLES WON BY A SKATER OR TEAM

1984 World Pairs Champions Barbara Underhill and Paul Martini hold the distinction and honour of being the skater or team to win the most world professional pair titles. They won Dick Button's World Professional Figure Skating Championships a whopping 7 times and also won the 1984 World Professional Figure Skating Championships in Jaca, Spain following their 1984 world title, totalling 8 World Professional titles for this team. With great athleticism, musicality and connection on the ice, it's no surprise this team holds this honor. Their winning programs at these competitions reads like a history of their huge repertoire of legendary programs: "On My Own", "When A Man Loves A Woman", "Unchained Melody", "It Had To Be You" and "Yesterday" and many more audience favourites. Brian Boitano follows closely behind with the most men's titles at 6, followed by the most ice dance titles (at 5) with Jayne Torvill and Christopher Dean. Among ladies skaters, 3 different ladies are essentially tied with winning the most World Professional titles. Dorothy Hamill, Kristi Yamaguchi and Yuka Sato have each won 4 titles apiece.

Broadcast on CBC in 1982, Labatt ProSkate was the first international professional figure skating competition held in Canada. A unique concept for a professional event in that the competition itself was a tour held in 4 different cities - Montreal, Vancouver, Edmonton and Toronto, the competition was televised from the tour's last stop in Toronto. Featuring great skating including exhibitions from Dorothy Hamill, Peggy Fleming, John Curry and Jojo Starbuck, the competition part of the tour featured some of the era's top professional skaters. The ice dance competition at Labatt ProSkate was won by 1981 U.S. Bronze Medallists Kim Krohn and the late Barry Hagan, followed by 1975 Canadian Junior Champions Judie Jeffcott and Keith Swindlehurst and Shelley MacLeod and John Rait, the 1980 World Professional Ice Dance Champions. The pairs event was won by 2 time Canadian Champions Candy Jones and Don Fraser, who outskated Shelley Winters and Keith Davis and Janet and Mark Hominuke for the title. Among the ladies, 5 time U.S. Champion and fan favourite Janet Lynn won the competition, defeating Romania's Simone Grigorescu, Canada's Lynn Nightingale, Holland's Dianne De Leeuw, Canada's Heather Kemkaran and America's Kath Malmberg. The men's event was won by 1976 Olympic Bronze Medallist Toller Cranston, who placed ahead of 2nd place finisher David Santee, 3rd place finished Ron Shaver and others. The event was certainly a first for Canadian audiences and undoubtedly started a storybook romance between the CBC, professional figure skating and Canadian fans of the sport.

Eager to capitalize on the popularity of professional competitions with TV networks and audiences alike, the United States Figure Skating Association got in on the mix with a whole new type of event, a pro-am competition that pitted elite ISU eligible or "amateur" skaters with seasoned and popular professional skaters. The first of many USFSA sanctioned pro-am events to follow came on November 23 and 24, 1992 in Hershey, Pennsylvania when the 1992 Chrysler Concorde Pro-Am Challenge was held. Rules of pro-am competition dictated that in the technical program, professional skaters and amateur skaters alike had to perform required elements but allowed more freedom in the artistic program. This allowed both amateur and professional skaters to shine in at least one phase of the competition and challenged them likewise to focus on upping the ante technically and/or artistically in the other phase of the event. Only men's and ladies skaters competed in the initial pro-am event, with Nancy Kerrigan winning the ladies competition ahead of famed rival Tonya Harding, Caryn Kadavy and Rosalynn Sumners. The men's event was won by Paul Wylie, ahead of Mark Mitchell, Scott Hamilton and Todd Eldredge. The first pro-am competition to include non-American skaters was the 1995 Metropolitan Open (or "Best Of The Best") competition held on September 22, 1995 in East Rutherford, New Jersey. Skaters from the U.S., China, Russia and the Czech Republic were all represented.

As you can see, there's a lot more history than meets the eye to professional figure skating and its competitions. Events like the World Professional Figure Skating Championships, Legends Of Figure Skating Competition and Challenge Of Champions put food on the tables on the skaters that competed for years as amateurs, many making difficult sacrifices to continue. Events like the Jaca World Professional competition, U.S. Open and Scott Williams' American Open Pro Skating Championships offered figure skaters who wouldn't normally necessarily be invited to other professional competitions a chance to shine and gain exposure. Many of the sport's best skating was done at these events by skaters that were not household names and had better than household name skating. It has bothered me for years when skating fans dismiss these events as "cheese fests" or "fluff". Without the boom of professional figure skating competitions in the 1990's and many of the great events that were televised as a result, we wouldn't have had the privilege to see some of the most artistic, original and compelling skating that the sport has seen. And today, with no one realizing or filling the void that these events have left in the sport, competitive figure skating is missing something huge that no awkward CoP step sequence, "level 4 spin" or triple/triple combination can fill. It's up to us as fans to let promoters and organizers of figure skating events and organizations like the Professional Skating Association (PSA) and Pro Skaters know we want professional figure skating competitions to make a Cher like comeback. And I totally flipped my invisible hair and went "HOAAAAA" when I typed Cher, because I'm that kind of homo. It would be rude not to.

Skate Guard is a blog dedicated to preserving the rich, colourful and fascinating history of figure skating. Over ten years, the blog has featured over a thousand free articles covering all aspects of the sport's history, as well as four compelling in-depth features. To read the latest articles, follow the blog on Facebook, Twitter, Pinterest and YouTube. If you enjoy Skate Guard, please show your support for this archive by ordering a copy of the figure skating reference books "The Almanac of Canadian Figure Skating", "Technical Merit: A History of Figure Skating Jumps" and "A Bibliography of Figure Skating": https://skateguard1.blogspot.com/p/buy-book.html.
Posted by Skate Guard Blog at May 05, 2013
Email ThisBlogThis!Share to TwitterShare to FacebookShare to Pinterest
Newer Post Older Post Home