The Figure Skating Documentaries You Really Need To See 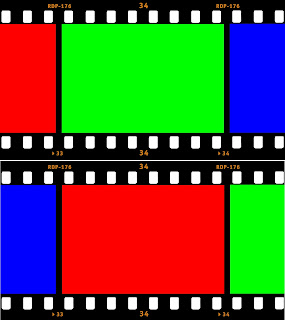 Walter Salles simply stated "That's why I have always admired documentaries, because they open windows that can make you understand much better where you come from, much better than fiction, I think." Without documentaries about figure skating, much of the oral history of the sport would never be captured on film for future generations to learn from and experience. They tell the stories of the beginnings of the sport it and its development, the personalities and the fascinating connections between skaters, events and the ice itself. Over the years, MANY excellent documentaries have been made about the sport and I wanted to take the time to highlight many of the best of them so that you may enjoy and learn from them as much as I have.

One of the finest out there is a 1999 HBO documentary called "Reflections On Ice". Featuring footage and discussion of the early days of ladies figure skating, this documentary discusses everything from gender roles in the sport to skating outdoors, the politics judging of compulsory figures, the Trixi Schuba/Janet Lynn rivalry that changed the way the sport was judged, costuming and shares the history, jumps, spins and candid honest story of the skaters involved in shaping ladies skating. One of the most poignant parts of this documentary was when I saw Janet Lynn's face when Pierre Brunet directed to her to take a bow and be acknowledged after not medalling at the World Championships with a tremendous performance to the dismay of the audience. I was reminded of what's happening again in the sport now with the way it's judged. Perhaps the CoP/IJS system is 2013's version of compulsory figures. While I'm all for progress, there are certainly downsides. Also featured were the stories of skating's most legendary star, 3 time Olympic gold medallist Sonja Henie, Laurence Owen and the tragic 1961 plane crash that claimed the lives of the entire U.S. team and cancelled the World Figure Skating Championships that year and the relationships of Peggy Fleming, Carol Heiss Jenkins and their mothers. Interviewed were skating legends we have now lost like 1948 Olympic Gold Medallist and 2 time World Champion Barbara Ann Scott King, 1936 Olympic Silver Medallist and 1937 World Champion Cecilia Colledge and 1928 and 1932 Olympic Silver Medallist Fritzi Burger, along with Olympic Gold Medallists Tenley Albright, Dorothy Hamill, Dick Button, Carol Heiss Jenkins and Peggy Fleming, as well as Frank Carroll, Donald Gilchrist, Slavka Kohout Button, historian Benjamin T. Wright and Jojo Starbuck. I have included links to the entire documentary below (on YouTube):

A Discovery Channel documentary, also from the late 90's, called "On The Inside: The Unknown World Of Figure Skating" is certainly less historical and in depth in nature than the HBO documentary of the era, but is not without it's own merits. One of the interesting parts about this particular documentary is that it looks at the physiological breakdown of jump technique. Although this documentary features interviews with skating legends like John Nicks, it focuses on profiling U.S. Silver Medallist Naomi Nari Nam's skating career, as well as the training regimen and experiences of Michael Weiss and Alexei Yagudin during the 1999/2000 season. I wouldn't really say this is a "must watch" documentary like the HBO "Reflections On Ice" one, but it certainly worth mentioning. Again, I have shared YouTube links below:

For what "On The Inside" in some respects lacked, a documentary named "RISE" certainly made up for. This 2011 feature celebrates American figure skating history while at the same time commemorating the 50th anniversary of the  tragic 1961 crash of Sabena Flight 548 that claimed the lives of 73 people including the entire U.S. contingent heading to the World Championships that year: 18 figure skaters and 16 family members, coaches and officials. The story of the history of American skating and the progress that has been made over time is beautifully chronicled through interviews with U.S. skating legends such as Peggy Fleming, Scott Hamilton, Brian Boitano and Michelle Kwan. The impact on these skaters careers of the U.S. Figure Skating Memorial fund, established in 1961 as a legacy of the skaters who lost their lives on Flight 548, is explained by the skaters themselves, and there are some very touching and fascinating moments in this Lookalike productions documentary. You can watch a trailer at http://www.youtube.com/watch?v=MCuurLKo2Co and purchase a 2 DVD set of this U.S. Figure Skating presentation by visiting http://www.rise1961dvd.com. All proceeds go to U.S. Figure Skating's Memorial Fund.

One documentary I have not yet had the pleasure of watching but have heard wonderful things about is Keri Pickett' "The Fabulous Ice Age". By all accounts scrupously researched, this film preserves the history of a century of theatrical, show and professional skating. Currently in the screening process, this show profiles not only legendary skaters like Charlotte and Sonja Jenie, but the shows that brought skating to the masses: Ice Follies, Ice Capades, Holiday On Ice, Casa Carioca, Steven's Hotel Boulevard Room/Conrad Hilton Hotel show, Champions On Ice, Disney On Ice, Stars On Ice... It's really quite remarkable if you think about combined how many millions of people have seen at least one of these shows around the world over time. You can find out more about this film by visiting http://fabulousiceage.com, which brought me to Roy Blakey's Ice Stage Archive at http://www.icestagearchive.com, a wonderful website sharing detailed history of show skating. A must visit indeed.

Finally, another significant documentary I wanted to mention is 1997's "The Road To Glory: Figure Skating". It takes a well rounded, dramatic look at the history of Olympic figure skating from its beginnings as a summer Olympic sport through to 1997. One of the great parts about this particular documentary is a wealth of video footage that is extremely rare. Featured are Ulrich Salchow, Karl Schafer, Dick Button, Sonja Henie, Ernst Baier and Maxi Herber, Ludmila and Oleg Protopopov, Irina Rodnina, Brian Boitano, Brian Orser, Katarina Witt, Tonya Harding, Nancy Kerrigan, Oksana Baiul, Alexei Urmanov, Jayne Torvill and Christopher Dean and many, many more. If you're looking for a basic primer on the history of the sport, this is definitely one worth watching. You can watch it online at http://www.youtube.com/watch?v=koq2pHK-GCk&feature=share&list=PLdeXclD6PQn5ZKXtX0_RirLB7TwRUS64A.

Skate Guard is a blog dedicated to preserving the rich, colourful and fascinating history of figure skating and archives hundreds of compelling features and interviews in a searchable format for readers worldwide. Though there never has been nor will there be a charge for access to these resources, you taking the time to 'like' on the blog's Facebook page at http://www.facebook.com/SkateGuard would be so very much appreciated. Already 'liking'? Consider sharing this feature for others via social media. It would make all the difference in the blog reaching a wider audience. Have a question or comment regarding anything you have read here or have a suggestion for a topic related to figure skating history you would like to see covered? I'd love to hear from you! Learn the many ways you can reach out at http://skateguard1.blogspot.ca/p/contact.html.
Posted by Skate Guard Blog at May 26, 2013
Email ThisBlogThis!Share to TwitterShare to FacebookShare to Pinterest
Newer Post Older Post Home
"As a rule an author has one or two popular ways of contrasting the past with the present. He can treat the past as lying in comparative doleful ignorance, or he can explain that the past was infinitely superior to the day we live in. Of course, either method is the popular journalism of the moment, and in reality there is no sharp contrast, but a gradual transition which leads the past into the present." - Joel B. Liberman, Skating Club Of New York