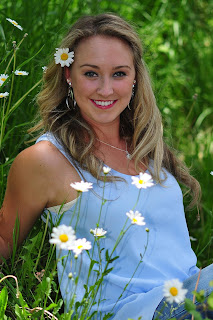 After winning the 2008 U.S. Junior ladies title, Alexe Gilles' skating career took off. The following season she won the Junior Grand Prix event in South Africa, finished 2nd at the Junior Grand Prix event in Mexico and won the bronze medal at the Junior Grand Prix Final. She has joined the world's best in competitions such as the Four Continents Championships, Skate America, Skate Canada and Trophee Eric Bompard. Now representing Canada along with her twin sister Piper, Alexe made her first trip to Canadian Nationals this past season. In this interview, she talked about her transition from skating for the U.S. to Canada, her training and new programs, relationship with her sister, thoughts about the judging of the sport and much more:

Q: After winning the 2008 U.S. Junior title, you continued to compete for the U.S. until you switched countries in 2012 and began competing for Canada. What were the main reasons for coming up and competing here and what are the main differences you perceive between both federations and National Championships?

A: One of the main reasons I switched to Canada was because my sister was competing up there and I had been thinking about switching for a little while before then. I also had a better chance at competing internationally with Canada but I still had to wait a year to be released from the U.S. Both federations are great and Skate Canada has been very helpful and patient through this process. Unfortunately, I do not know them as well as I know U.S. Figure Skating. The National Championships are very similar but each have different perks. At the U.S. Championships, the stadium size was bigger than Canadian Nationals, but both are about the same size now. The fans are equally great and supportive, but for some reason the Canadian Nationals feels a little calmer or less nerve-wracking than U.S. Nationals. I don't know what it is but U.S. Nationals feels like people are always watching your every move and Canada you have times like that but you also have a little more time to breathe.


Q: Your sister is Piper Gilles, who competed at the World Championships this year with Paul Poirier. What is your relationship with Piper like and how are you most alike and different?

A: My relationship with Piper (my twin) is really close. We have been through practically everything together. We have been living away from each other since we were 17 which was really hard at first, but now when we get together for holidays and competitions we really enjoy and cherish the moments together. We do have some differences though! I am about 4 inches taller than her but she is blonder than I am. She is very much a dancer! She is way more out there than I am but she can also be quiet. I am more shy at the beginning but once I know someone a little better I have a very funny sense of humour and am sarcastic at times, so we balance each other out pretty well.

Q: Do you prefer Coca Cola or Pepsi?

A: I am strange with the whole Pepsi and Coke. I don't drink much of either, but when I do I like regular Pepsi over Coke but Diet Coke over Diet Pepsi! So I would say both!

Q: You were coached by 1994 World Champion Yuka Sato and her partner Jason Dungjen. What was working with Yuka and Jason like?

A: I am currently not coached by Yuka Sato and Jason Dungjen. I am working with Christy Krall and Damon Allen. Bob Emerson put me on the ice at this past Nationals. Working with Yuka and Jason was great for that point in my career. I learned a lot about myself and what I wanted with them and Yuka helped guide me in the right direction. I am so happy to be working with Christy and Damon though. They have known me since I was a little girl and I feel comfortable working with them because they are both so knowledgeable and we communicate very well.


Q: What can you share about your new programs for the 2013/2014 season and your goals this year?

A: My short program this year is a mix between "Sophisticated Lady" and "My Heart Belongs To Daddy" by Duke Ellington and my long is a Budapest and Hungarian Tango (concerto). My goals are a little bit up in the air right now. I have been struggling with tendinitis in my right knee (landing leg) and so the pressure coming down and on some take offs are forcing me to do everything I can off ice to heal it and cut back on jumps. So, I am mostly focusing on getting healed as of the moment and hopefully I will be ready for the season!

A: I believe my biggest strength is my height and strength. I can get those long lines that others cannot and I also have a great presence on the ice. One of my weaknesses is my height as well. It is more difficult getting into the power angles and smaller positions for spins. I wouldn't say it's a terrible weakness but it can be a little easier for shorter girls.

Q: Who are your favourite Canadian ladies skaters and why?

A: One of my favourite Canadian ladies skater has been Joannie Rochette! I loved her skating! She had a great strength and she had powerful moments. I looked to her as someone I wanted to resemble my skating after. She is also very kind off the ice. I always thought that she showed great respect and I want to do that on and off the ice as well!

A: Oh Gosh, one thing people do not know about me... hmm. I am a twin. I am one of five kids in my family. We have five toy poodles (Missy, Bronco, Lily, Lincoln and Squeaker). They are awesome! I still share a room with my sister at home, when we are both there anyway which is only a week or two each year.

Q: When you're not on the ice, what are your favourite things to do with your time?

A: When I am not on the ice, I love to hang out with my friends and family. We go to the movies, go swimming, go snow and water skiing, hike, do yoga and biking - just anything to stay active and hang out if we are super tired after skating.

Q: What is your most embarrassing moment... and what is your favourite moment in your life so far?

A: Oh my... something embarrassing. Okay. Well, on my birth certificate I was a boy until I was about 9 years old. No one every caught it until I went to my first Regionals and was signed up in the Pre-Juvenile boys category. I was so upset! My parents, schools and other competitions never caught it! It was a long process to get it fixed because 9/11 had just happened and we had to get a lot of paperwork changed which was very difficult. It is all fixed now! My favourite moment so far has been winning my Junior National title. I had a blast at that Nationals. My performances were some of the best performances I have done in my career and that moment I landed the second triple lutz I was on fire. I was just giving it my all and for it to come together then and get that reaction was and still is amazing! I was so happy!


Q: If you could travel to any place in the world you haven't been to, where would it be and why?

A: I have been very privileged to have travelled to so many places around the world with figure skating! I would say I want to travel to Japan or Australia. I have heard Japan and the fans are so amazing over there and Australia because who wouldn't want to go to Australia! No, I want to go there because I have a few friends from skating that are from there and I want to help skating out there and see the different environment down there.

Q: The "new judging system" has received both a lot of praise and criticism. What do you think are the best and worst parts about the way skating is judged in 2013? What would you change or keep the same if it was solely up to you?

A: I think the new system has some negatives and positives. There are always going to be criticism about any way people judge. I believe it has helped since the 2002 Olympics, but it is very hard for the public to understand how it actually works. We have been working and progressing since the we changed systems and it is still confusing to skaters and coaches! If I could change anything about the new system it would to let the skaters (and choreographers) have more freedom! We can't express too much without being conscious about the time or pattern or which spin and position are we allowed to do next to get the most points. That is what can make it interesting but as well as very repetitive. Before, you could do three turns and toe steps and people went crazy! We are losing a lot of fans because we are too technical now. Don't get me wrong or anything because when someone does a clean program with 7 or 8 triples that is incredible itself but we miss the personality that came with the old system.

Q: What is your favourite part about being on the ice?

A: My favourite part about being on the ice is EVERYTHING! I love my boots and blades and being able to glide along and spin, jump, do spirals, footwork and stroking! It gives a sense of freedom and it is hard to duplicate anything like that off the ice! I think as I have grown up and matured more I appreciate all the little things that I can do on the ice because I won't be able to do everything when I'm 72! I will still probably try and skate but I will be a little more fragile then and wouldn't want to risk anything too serious. Skating really does teach you a lot and prepares you for anything life throws at you!