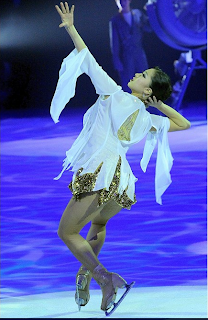 Currently an early favourite in the MK Young Artists Showcase 4, Yebin Mok's story is a compelling one. From her childhood in Korea to her rise as a top contender on the senior level in the U.S. and a successful international competitor to her professional career, coaching and choreography, she is a skater who has come full circle in the sport and continues to push the envelope at every (three) turn. I had chance to talk with Yebin about her eligible career, involvement in YAS, the Sochi Olympics, ladies skating in the U.S. and her vision for the sport:

Q: You were born in South Korea and emigrated to the United States when you were 7. What are your memories of your childhood in Korea and what was the experience of coming to a new country like?

A: I remember the four seasons in Korea. I remember playing in the snow with my sister in the winter and going to the community garden with my grandmother when it was warm. Most of my memories of Korea are with my grandmother who raised us while our parents were working, and recently when I had returned to my hometown in 20 years, it felt so strange and I felt like such a stranger being there without my grandmother there. I finished 1st grade and came to LA. I didn’t speak a word of English, didn’t even know the alphabet.  But within 6 months I was speaking English and was able to communicate.

Q: During your eligible career, you placed in the top ten at the U.S. Championships three times in a row, won medals internationally at 2 Junior Grand Prix events and the Golden Skate Of Zagreb and skated to a 5th place finish at the 2003 World Junior Championships. What do you consider your favourite memory from your competitive skating days and why?

A: My favorite memory has to be 2003 U.S Nationals – Short Program.  Just the circumstances were quite memorable. I happened to be last skater in the last group, and somehow Michelle, Sasha, Sarah, and I were all in the last group for the short program. I remember just being in the dressing room after the warm-up and hearing Michelle finish and literally felt like thunderous vibrations through the whole building and me thinking, 'I don’t want to be here, I don’t want to do it' and almost cried because I was sooo scared and nervous. I remember as soon as I got on the ice, people started to leave the venue and their seats because they watched all the high contenders. I just let it be, whatever was happening and was able to zone in and skate the best that I ever had and got my first standing ovation. That was awesome. It’s unforgettable for me. One other time was in Croatia for the Golden Spin of Zagreb. I will say that, that whole week is what I expect heaven to be like! I skated perfect every practice session, every triple jump, every spin, and nothing could make me fall and every thing was so easy. I felt so invincible. And there, I decided this is what heaven is like. 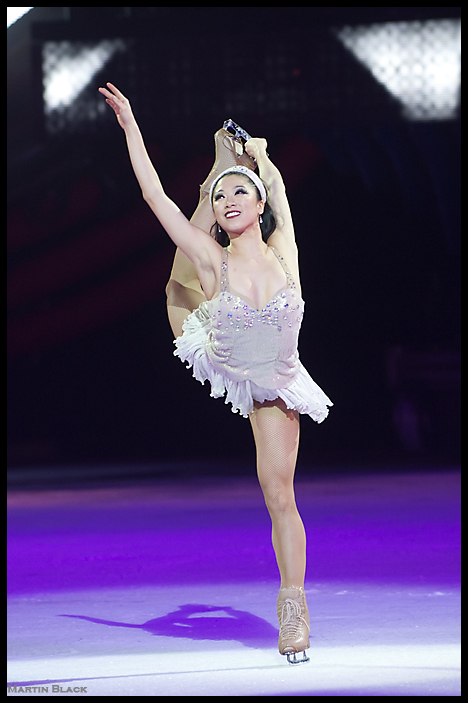 Q: After last competing during the 2007/2008 season, you turned professional and toured as a principal skater in Holiday On Ice's productions of Energia and Speed and performed aboard the Royal Caribbean International cruise ships Explorer Of The Seas and Oasis Of The Seas. How do you feel that you have most improved as a skater since turning professional?

A: I would say I’m a better skater now than I have ever been. I feel most free to express who I am on the ice. I learned what the word, “professional skater” means. Before, I thought professional skating was for skaters who gave up on competitive skating, and they were not good enough for the competitive circuit. I think in the U.S, there is a bit of stigma that comes with being a “show” skater, and I think that’s why not many, wonderful skaters go on to do shows and just opt to go straight into coaching. But in Europe, professional skating is celebrated and looked up to. They spend a lot of investments on creating great art, which was  an eye opening world to me. Before I went on tour, I coached full time and during this time the principal offer had come to me. I asked Frank (Carroll) what I should do, and he told me, "Go! It will make you see the world, experience skating in a different light and it will make you even a better coach.” And he was/is so right.  I feel like I experienced the complete package of a skating career; beginner, competitor, professional, now coach/choreographer. I learned so much on the road, that I know I could not have learned had I not experienced it.I learned that in professional skating there is no room for, “this or that doesn’t feel right…" It’s just got to be done. I wish I knew this when I was in amateur skating.


Q: Coaching and choreography in California has developed into your work with Young Artists Showcase. Back for more in Young Artists Showcase 4 (yeah, that totally rhymed), you absolutely blew my mind with your first challenge, which was based on the The Mevlevi Sema Ceremony (Whirling Dervishes) of Turkey. Where did you come up with the idea for this piece and how did it come from being an idea to a reality? It is absolutely hauntingly beautiful!

A: When we had to do the ethinic/cultural challenge, it was the most difficult to find a concept. There was no way I could do an African dance nor shake my booty like in a latin dance, or create a stunning flamenco without training in that dance. I’d feel like a fraud or just a pretender. So I researched and researched. I was interested in Mevlevi Sema after seeing a Youtube video of them, but I felt like it was too sacred and I would do ill justice if I’d go with the concept. But I let go of labels of the fact that I’m not from Turkey, and I connected with the very core of why they had this ritual, and that was something I could be real, and connect with. It was about love, letting go of false self and returning to True… 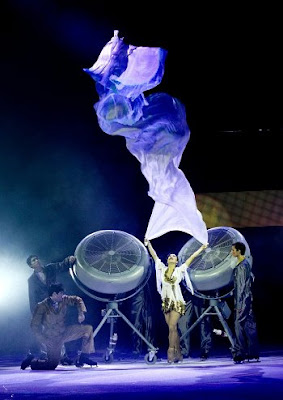 Q: Why is something like YAS so important to the sport, especially right now?

A: YAS is so important to the sport because THIS is what makes skating and our sport so unique and so special. THIS is our oxygen for skating. This is what creates breath. I really feel like the new template for skating moves are really limited and suffocating. And YAS offers this beautiful playground where we as artists can grow. 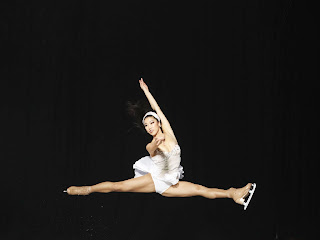 Q: What are your three favourite movies of all time?

A: I realized that I don’t have a specific skater or music. I think I have more of a vision, where I see a whole show! I have a script and a layout of the show I wrote that I would love to see happen in Vegas. It’s where dreams, fantasies, naughtiness, illusions come to life.

Q: With three spots available to the U.S. ladies this season and skaters like Ashley Wagner, Gracie Gold, Agnes Zawadzki, Christina Gao, Courtney Hicks, Ashley Cain, Mirai Nagasu and so many others in the hunt, what do you think the ticket will be to securing a ticket to Sochi?

Q: What are your opinions on the international scandal surrounding the Sochi Games right now?

A: It’s unfortunate and really sad. I can’t believe that this is an issue in 2013… Shouldn’t we all realize that we are all equals by now?


Q: What skaters or choreographers deserve a lot more credit? Who's fantastic that you'd just love to rave about?

Q: Where do you see yourself in 10 years and how will skating factor into that?

A: In 10 years, I’ll be 39! So I’d like to have a family and be a Mom. But I would also like to create a skating academy where kids are able to nurture their natural talents with skating; if competitive skating is it, then being the best in that, if professional skating is what they want to pursue, then being the best professional skater ever lived, if it’s choreography then teaching them tools to do that, ect.
Just creating an environment where the kids can be the best of what they desire without feeling, it’s a second option, if they don’t win something. I’d like to create a skating/cirque show in Vegas or Paris. That would be my dream.

Skate Guard is a blog dedicated to preserving the rich, colourful and fascinating history of figure skating and archives hundreds of compelling features and interviews in a searchable format for readers worldwide. Though there never has been nor will there be a charge for access to these resources, you taking the time to 'like' on the blog's Facebook page at http://www.facebook.com/SkateGuard would be so very much appreciated. Already 'liking'? Consider sharing this feature for others via social media. It would make all the difference in the blog reaching a wider audience. Have a question or comment regarding anything you have read here or have a suggestion for a topic related to figure skating history you would like to see covered? I'd love to hear from you! Learn the many ways you can reach out at http://skateguard1.blogspot.ca/p/contact.html.
Posted by Skate Guard Blog at August 13, 2013
Email ThisBlogThis!Share to TwitterShare to FacebookShare to Pinterest
Newer Post Older Post Home
"As a rule an author has one or two popular ways of contrasting the past with the present. He can treat the past as lying in comparative doleful ignorance, or he can explain that the past was infinitely superior to the day we live in. Of course, either method is the popular journalism of the moment, and in reality there is no sharp contrast, but a gradual transition which leads the past into the present." - Joel B. Liberman, Skating Club Of New York