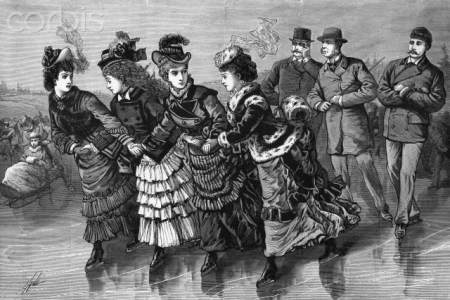 The Wollman Ice Rink/Central Park Pond at the southeast corner of the New Park, near 59th Street, was one of the few places that Janet and Rosetta Van Der Voort, the daughters of an overprotective wealthy helicopter pilot, were allowed to leave their home unaccompanied. The 19th century sisters lived in a brownstone mansion 14th Street just off of Fifth Avenue in Central Park South and were known to spend hours skating figure eights on the frozen pond every winter. They had no friends or close relatives and died within months of each other in 1880. "The sisters grew so close as they grew older that they spurned all potential suitors, dying as spinsters," reported a 1997 New York Times article. "But, as legend has it, the Van Der Voort sisters, decked out in the same red and purple outfits they wore more than 100 years ago, sometimes return to the pond to figure-skate, in the summer as well as the winter, haunting parents on Central Park South who continue to keep their daughters prisoner." Another variation of the story has the sisters skating in another part of the park. "Their ghosts were first spotted during World War I skating side by side on the frozen lake in Central Park," wrote Dennis William Huack in his book Haunted Places. "They were both dressed in huge bustles: one in a red dress, the other in a purple dress. The skating ghosts have been seen many times since, their silver skates gliding just above the ice in a never-ending series of figure eights." Many others believe that the story is an urban legend. Folklorist Libby Taylor wrote, "There's just one problem with this story. Wollman Rink was built in 1949, not the 1800's". That's not to say that the sisters didn't skate in Central Park during their lifetimes. After all, if you love skating enough you'll take ice time where you can get it. 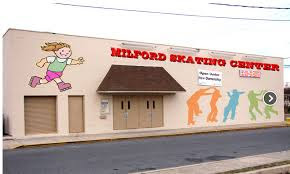 Since opening its doors in 1982, Milford Skating Center in Milford, Delaware has employed dozens and played host to countless skaters. According the rink's owner Carmen Kemper, Skates at the rental counter tumble off of their racks ad land right side up on the counter several feet away. Cold spots plague the rink's DJ booth and music blares even when the P.A. system is turned off. A popular DJ manned the booth before dying unexpectedly. Rick Coherd and his team at Delmarva Historical Haunts investigated the site, using tools such a EVP (Electronic Voice Phenomena) and EMF (Electro Magnetic Field) meters and infrared cameras. In his investigation, Coherd's team revealed that "they observed some paranormal activity including unexplained sounds of movement, strange activity with electronic devices and even recognized voices". Is this young DJ the ghost of Milford Skating Center or is it someone else? Prior to being opened as a skating center by Charles Wahleg in 1982, the site was once a pharmacy and automotive shop dating back to the 19th century. 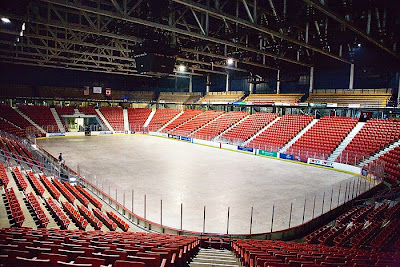 They called it "The Miracle On Ice" when the 1980 U.S. hockey team defeated the Soviet team at the Olympic Center in Lake Placid, New York, but in November 1995, 2 time Olympic Gold Medallist Sergei Grinkov passed away of a heart attack in the very same building while practicing for that year's Stars On Ice tour with his beloved wife and skating partner Ekaterina Gordeeva. According to local accounts, ever since Grinkov's tragic death many skaters claim to feel Sergei's presence in the rink where he passed away, especially early in the morning or late at night. There isn't much more here to substantiate this "feeling" than hearsay, however. In her book My Sergei, Katia talks about a dream where Sergei visited her. "The next day, I felt much better having told my mother about the dream, and I was smiling all day. It was February 4, Sergei's birthday, and it was like he didn't want me to be sad on his birthday. Before this dream, I'd blamed myself for his death, but afterward, it was like Sergei had told me, 'This is what I wanted, so leave me. Release me." The overwhelming release of emotion left in that space when Ekaterina skated alone for the first time in Sergei's Celebration Of A Life show with his family and friends present most certainly was that release and had to have imprinted that space with its pure love, beauty and sense of home on the ice and may leave skaters visiting with the feeling of a presence. 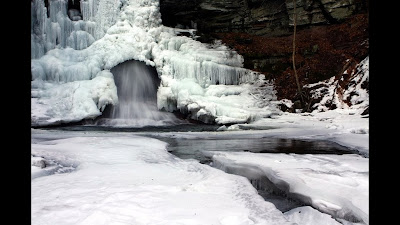 In Benton, Pennsylvania, what is now Ricketts Glen State Park doesn't just play host to old-growth forest and rushing waterfalls. Ghost stories are abundant in the locale. The Susquehannock people who once inhabited the area told tales of evil spirits who roamed the nearby Sheshequin Path. A boy on the property met a tragic death when the tree he was chopping at a lumber company suddenly toppled on him and a white tree that never produced any leaves grew on the spot of the tragedy's place. Nothing supposedly was ever able to grow near this "ghost tree". The ghost tree story never deterred a young family who were staying in a lakeside cabin, who looked on their young son went out on the ice on Lake Jean to test out his new skates, which he'd received as a Christmas gift. They rushed to his rescue and both parents and the young son all perished in the freezing lake waters. Urban legend has it that if you go out on the lake where they fell through the ice, you might catch a glimpse of them looking out at you through the water. According to locals, strange lights can also be seen on the lake and whispers can be heard in the wind.

THE GHOST OF SONJA HENIE? 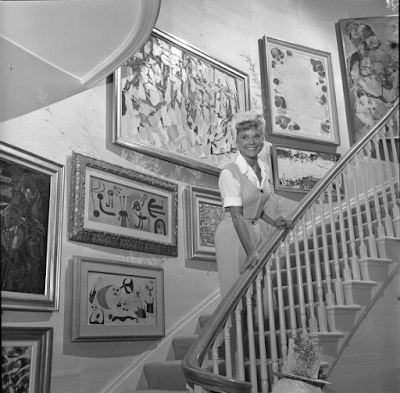 In the height of 3 time Olympic Gold Medallist Sonja Henie's career in 1939, a 7 bedroom, 8 bathroom mansion was built at 243 Delfern Drive, across the street from the real Sunset Boulevard in Los Angeles, California by Old Hollywood architect Paul Williams. Dubbed Chez Henie by the superstar that contracted the house's design, this mansion was every bit as luxurious as you'd expect. A sweeping circular driveway, a dramatic staircase, a swimming pool, sunken tennis courts and even a small private indoor skating rink built in the house's attic were included in the house's design. Actress Connie Stevens purchased the home in 1974 for $250,000 (a complete steal) from Sonja's late husband, Niels Onstad. Over the years, the home has been leased to legendary musician Herb Alpert and even played host to the filming of the motion picture Postcards From the Edge, based on Carrie Fisher's novel about a smart, drug prone actress much like Carrie herself and her intense Debbie Reynolds-like show business mother. In a feature on BIOGRAPHY's Celebrity Ghost Stories, Stevens recounts the sounds of someone walking around in the attic and going upstairs to investigate and finding beautiful old drawings of little Norwegian children playing and having fun and the remains of an old skating rink upstairs. Stevens believed it was an insight into Sonja's soul. Never having had children of her own, being childlike and loving children, this very well could have been Sonja's tribute in a way. She believes that the spirit of Sonja lives on in that attic, which was converted to a roller skating rink for Stevens' daughters. Attic lights flick on on their own, especially when Connie has guests are over for outside parties. About a year before her Sonja's death on October 12, 1969 at age fifty seven, she was planning on making a grand comeback in the form of a television special she was planning right up until her death. She went to the local rink at least 3 times a week getting back in shape, skating with one of her old skating partners from the early days, enjoying herself and completely unaware that the tiredness from her believed anemia was actually leukemia, a fact her husband and personal secretary never told her about, right up until the day of her death. Is the ghost in the attic really the ghost of Sonja Henie, still drawn to her attic ice rink and oblivious to her illness?

Skate Guard is a blog dedicated to preserving the rich, colourful and fascinating history of figure skating and archives hundreds of compelling features and interviews in a searchable format for readers worldwide. Though there never has been nor will there be a charge for access to these resources, you taking the time to 'like' on the blog's Facebook page at http://www.facebook.com/SkateGuard would be so very much appreciated. Already 'liking'? Consider sharing this feature for others via social media. It would make all the difference in the blog reaching a wider audience. Have a question or comment regarding anything you have read here or have a suggestion for a topic related to figure skating history you would like to see covered? I'd love to hear from you! Learn the many ways you can reach out at http://skateguard1.blogspot.ca/p/contact.html.
Posted by Skate Guard Blog at August 14, 2013
Email ThisBlogThis!Share to TwitterShare to FacebookShare to Pinterest
Newer Post Older Post Home