When war and hate threatened to destroy the entire world, it almost took the ice with it. With the World and European Figure Skating Championships cancelled from 1940-1946 by the International Skating Union due to World War II, not even dropping bombs and unspeakable hell on earth could tear people away from the ice. For six years, the world's people watched in horror, fought, suffered and struggled as over 61 million people lost their lives. A vast majority of them weren't even members of any military force, they were sadly civilians. A  lot isn't widely known about what happened to figure skating during those trying times and I did a little research and found out some fascinating stories about skating that took place during that era, skaters that served and sadly, the story of 1939 World Silver Medallist Freddie Tomlins, who won his first and only world medal the year that the World War between the Allies and Axis broke out. In tribute to those millions of people who lost their lives, I wanted to share not only their stories but the overview of figure skating during World War II. 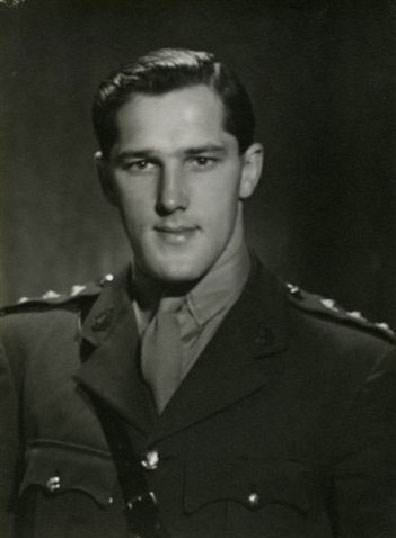 With North American involvement not ramping up until later in the war, Canadians and Americans especially continued to find solace on the ice. Theatrical skating shows like Ice Follies continued to tour throughout the war in North America and although they had no World Championships to continue to, Barbara Ann Scott, Ralph McCreath, Michael Kirby, Nigel Stephens, Norah McCarthy, Mary Rose Thacker, Eleanor O'Meara, Sandy McKechnie, Olga Bernyk, Alex Fulton, Joyce Perkins and Wallace Diestelmeyer all won Canadian titles during this time period of international chaos and tragedy. Ontario's Stewart Reburn, who was a Canadian National Champion as a singles skater in 1929 and 1931 and a Canadian pairs champion in 1935 and Olympian in 1936 with Louise Bertram, was one of several skaters who served in World War II, joining the Royal Canadian Air Force at the war's outbreak. Ralph McCreath, who continued to skate and compete during the war in Canada, also served during World War II for the 48th Highlanders Of Canada and Royal Canadian Ordnance Corps. Both survived the war. After finishing his service, McCreath won a final Canadian men's title (making a total of 3 senior titles and 1 junior title) in 1946, served as a judge and member of the Canadian Figure Skating Association (now Skate Canada) and was inducted into the Canadian Figure Skating Hall Of Fame. 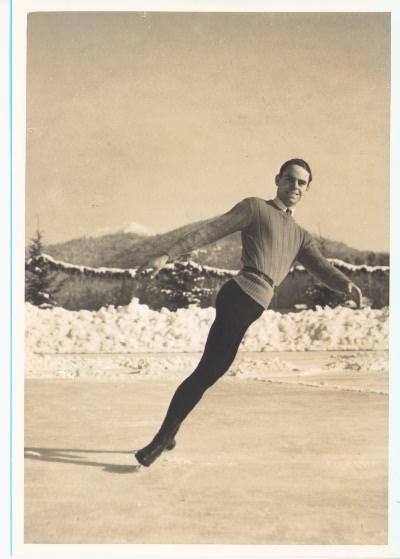 Meanwhile in the United States, figure skating was still also continuing (and thriving) during the war. Unlike Canada where the championships were cancelled during one year only, the U.S. Figure Skating Championships were always contested in at least one discipline during World War II. Like their Canadian friends, Americans Dick Button, Robert Swenning, Eugene Turner, Bobby Specht, Arthur Vaughn Jr., Joan Tozzer, Jane Vaughn Sullivan, Gretchen Merrill, Bernard Fox, Donna Atwood, Doris Schubach, Walter Noffke, Donna J. Pospisil, Jean Pierre Brunet, Sandy MacDonald, Harold Hartshorne, Edith Whetstone, Alfred Richards Jr., Marcella May, James Lochead, Kathe Mehl Williams, Anne Davies and Carleton Hoffner all won national titles in the U.S. during years that the World Championships were not held. With the exception of the 1941 North American Figure Skating Championships held in Philadelphia, none of the U.S. (or Canadian) champions during this time period really had anything else to continue on to after their wins unfortunately, making for VERY short seasons for these skaters. Like the Canadian skaters mentioned earlier, the U.S. figure skaters were not without their involvement and service in the war. 1940 and 1941 U.S. Champion Eugene Turner served as a lieutenant in the U.S. Army Air Forces, piloting a P-47 Thunderbolt in 69 missions over Germany and occupied areas of France. After the war, he returned to the ice, skating professionally, coaching, choreographing and writing about the sport. Bobby Specht, who won the 1942 title, also served in the Air Force and then went on to skate professionally with the Ice Capades. Edward LeMaire, who won a U.S. junior mens and pairs title, served as a navy pilot during World War II. Sadly, although the survived the war, he was one of the skating judges onboard Sabena Flight 548, which crashed in Belgium and killed the entire U.S. team heading to the World Championships in 1961. So was Harold Hartshorne, who was also a judge and U.S. champion during the war. Their legacies lives on in U.S. Figure Skating's Memorial Fund, which provides funding needed to allow top skaters today achieve their goals and dreams. Another American skater with a strong connection to World War II is 1992 Olympic Gold Medallist Kristi Yamaguchi, whose mother Carole was born in an internment camp in the U.S. during the war. 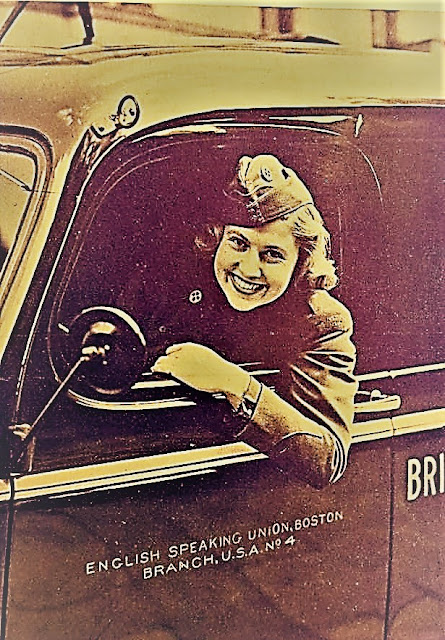 Great Britain was among many countries that flat out cancelled their National Championships from 1940-1945. What is interesting to note is that their 1939 Champions Henry Graham Sharp and Cecilia Colledge both immediately reclaimed their national titles following a five year span of no competition. Surely they must have found ice time somewhere to practice their brackets, loops and lutzes? From stories told to me by my grandmother, who lived in Britain during the war, I hardly think there was necessarily even time to think about skating. As a young girl, she survived the blackouts, Barrow Blitz and bombings of Barrow-In-Furness, where my father was later born.

Even the Nazis and their axis of power seemed to like their ice skating it seemed. Benito Mussolini's Italy continued offering competitive figure skating during the war - Carlo Fassi won his first two National titles in 1945 and 1946. The formerly independent First Republic Of Austria was occupied during the Anschluss Österreichs of 1938, when Austria became not a country but a province or state of Germany known as Ostmark. During the earlier part of the war, "Ostmark Championships" were held in the Nazi occupied Austria from 1938 to 1943. German Championships were also held in different German cities with the exception of in 1945 and 1946, when they were cancelled. 1942 German men's champion Erich Zeller's skating career was cut short when he was forced to enter the Wehrmacht German forces. He later went on to coach skaters like Norbert Schramm and Dagmar Lurz, write 2 books about skating and serve as president of the West German federation. Two other German born skaters//coaches with a strong connection to World War II were George and Leah Mueller, who came to the U.S. in 1942 to replace John Johnsen, a coach at Tacoma's Lakewood Ice Arena who would spend World War II in Europe working as a U.S. Counter Intelligence Officer. The Muellers were internationally acclaimed skating coaches who had previously taught in Boston, Toronto, St. Louis and Philadelphia. Due to anti-German sentiments in and after wartime, the Muellers were introduced in Tacoma, Washington as "the Millers". They worked in Tacoma until 1947. 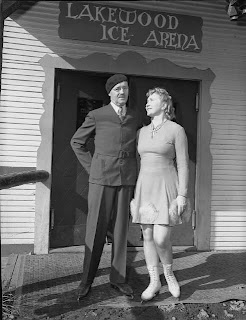 Sadly, not all skaters who served in or were affected by the war went on to brighter futures in better times. After winning the silver medal in the 1938 World Championships, the final World event held before World War II broke out in 1939, Freddie Tomlins of Lambeth served in Great Britain's Royal Air Force and was killed in a battle against a Nazi submarine over the English Channel on June 20, 1943 at age 23. His short skating career saw him compete at the 1936 Winter Olympics which were ironically held in Nazi Germany. Not only did Tomlins lose his life, but many skaters (especially in Europe) lost the very ice they skated on, as many, many rinks throughout Europe were damaged or destroyed during the war. This certainly gave North American skaters, who had been competing and training with little or no interruption, an edge in competition when the North American, European and World Championships resumed. The horror that was World War II changed the world forever and did not leave the skating community or its skaters untouched. One of my favourite authors, Margaret Atwood, once said that "war is what happens when language fails". We must use our language, our big girl words, to share the stories of war - of the bad - to ensure more lives aren't lost by people who choose to subscribe to violence. It never makes sense. We're here on this Earth to love and until people understand and live that way, we'll never fully achieve peace. I hope I live to see a day where we do.

Skate Guard is a blog dedicated to preserving the rich, colourful and fascinating history of figure skating. Over ten years, the blog has featured over a thousand free articles covering all aspects of the sport's history, as well as four compelling in-depth features. To read the latest articles, follow the blog on Facebook, Twitter, Pinterest and YouTube. If you enjoy Skate Guard, please show your support for this archive by ordering a copy of the figure skating reference books "The Almanac of Canadian Figure Skating", "Technical Merit: A History of Figure Skating Jumps" and "A Bibliography of Figure Skating": https://skateguard1.blogspot.com/p/buy-book.html.
Posted by Skate Guard Blog at September 11, 2013
Email ThisBlogThis!Share to TwitterShare to FacebookShare to Pinterest
Newer Post Older Post Home