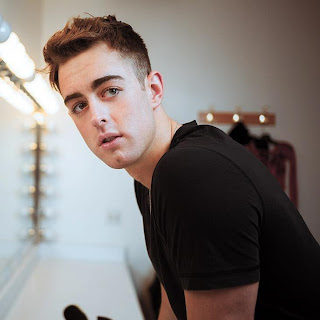 Born in Rhode Island (the home of the Griffin Family!), Colin Grafton is a Massachusetts native that competed as a U.S. pairs skater with his former partner Kylie Duarte. Winning a bronze medal at the 2012 U.S. National Figure Skating Championships on the junior level, he then went on to to represent the U.S. at the 2012 Junior World Championships, placing in the top ten. His skating career also saw him represent the U.S. internationally at Junior Grand Prix events around the world. Colin took time from his current travels in Mexico to talk about his skating career, the Sochi Olympics, his former coach Dalilah Sappenfield and much more!:

Q: In October 2012, you announced the end of your partnership with Kylie Duarte. Why did you decide to stop skating together, are you still friends, and what is your current involvement in figure skating?

A: Kylie and I's decision to stop skating together was a mutual one. As you mentioned, Kylie and I accomplished a great deal in our partnership together. We both felt like it was time to take on something new, and take on a new challenge in life. Kylie and I will always be friends. Currently, I have been experimenting with professional skating shows. Since November of 2012 I have been traveling the country of Mexico. I have loved every minute of it, and it has proved to be very rewarding.

Q: You and Kylie skated together for 10 years. That's a long time for a pairs team! What did you guys have in common and what made working together gel with you two?

A: Yes, Kylie and I had a very long a great partnership. We had many things in common which in turn helped our success. Kylie and I come from very similar backgrounds, and also coincidentally, live very close to one another in New England. Because we started skating together at a young age, we grew up together. This is something that is hard to explain, but we learned a lot from one other which helped us be more "in sync" with each other on the ice.


Q: In competing internationally on the Junior Grand Prix circuit, you travelled to places like Austria, the Czech Republic, Great Britain and Latvia. Of these countries, what was the most interesting of these places to visit and if you had to pick any country in the world to live in other than the U.S. what would it be?

A: I have always felt so blessed to have had the opportunity to represent the U.S.A. in so many countries around the world. I have always been so interested in learned about the culture of different countries around the world. I have to say the most interesting place I visited while on the Junior Grand Prix circuit would be Austria. Seeing the old Olympic village in Innsbruck was really something special. Also, the mountainous landscape of Austria was absolutely breathtaking. If I had to pick another country to live in besides the U.S.A, I would say either Great Britain or Mexico.

Q: You were coached during your pairs career by Dalilah Sappenfield. What is Dalilah really like and what makes her a great coach?

A: This is a funny question to me, because I am actually asked "what is Dalilah really like" a lot! Really, Dalilah is a very laid back and easy person to work with! What I liked about working with her is she knows when to push you and how to push you. I also like how each day is set with goals to improve, and there is a great structure for training. I learned a great amount about being a successful athlete and person with Dalilah.

Q: Who are the nicest people you've met in the figure skating world?

A: This is a very hard question! There are plethora of nice people in the skating world, it would be impossible for me to narrow it down to just a few!


Q: U.S. Figure Skating has been criticized for not coming out and making a statement about the homophobic laws in Russia that will affect athletes and visitors coming to Sochi for the 2014 Olympics. Why the silence and how do you feel about the issue?

A: I cannot speak for U.S. Figure Skating and their decision to remain quiet on the issue. However, I feel very strongly about this issue. The new laws in Russia have made an immense amount of people worldwide angry. Of course I don't agree with these laws at all, but I am more disappointed and saddened by them. From an athlete's point of view, you work your whole life for one shot at an Olympic Games. Now all of hard work, dedication and sacrifice of these athletes are being overshadowed by these inhumane and archaic laws. The Olympic Games are supposed to be about world unity and peace are they not?

Q: If you had millions of dollars to put on your dream figure skating show, who would skate in it?

A: If I had a million dollars to put on my dream skating show I would have an immense amount of skaters in it! It would be so much fun to have a gigantic show with all of my friends in one place and having the money to fund it. It would also be really cool if we could use the show to raise money for something important!


Q: What is the scariest or most dangerous experience you've ever had on the ice?

A: When I was younger I fell and sliced my upper leg really close to my artery. I had to get 20 plus stitches and it was pretty gross to look at! That was probably the most scared I have been on the ice!

Q: We're in a different age now - social media, YouTube, blogs, live streams... Skating is reaching different audiences in different ways than it has before. What are the upsides and downsides of this?

A: Growing up in the age of social media has been really quite amazing, but as you said, there and ups and downs. My favourite thing about social media is the simplicity of communication. I can contact talk with or have a laugh with friends from any part of the world. It makes it so much easier to keep in contact with your friends you don't get to always see! With success comes attention. Coming from personal experiences, social media isn't always nice. There is no filter on what people can say about you on the internet, and it isn't always nice or true. There were many times where I felt my personal information and certain aspects of my personal life where completely invaded and made public for anyone to read about. I cant even imagine how extremely famous people deal with their complete lack of personal space.

A: Hmm... one thing about me most people don't know... I love to sing and make music. 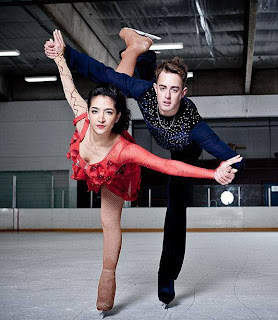 Q: If you could go back in time and change one thing about your life (on or off the ice) what would it be?

A: I wouldn't change anything. I like to live my life without regrets and take each opportunity has something to learn from and grow from. I feel so blessed to have had all of the opportunities I have had.

Q: What makes figure skating the best sport in the world?

A: The lessons you learn along the way. I have learned so much about myself, and about life throughout my skating career. These are things I will carry with me throughout my entire life. In addition to this you have the opportunity to travel and learn about the world and meet so many amazing people! Without skating I would be a completely different person. Skating teaches you how to be disciplined, how to be healthy, how to be a great athlete, and more importantly, how to be a good person. I am very thankful for this.

If you enjoyed my interview with Colin, be sure to always check back for more skater interviews and writing about everything under the sun in the skating world. There is also a Facebook page connected to the blog where all blog articles and interviews are shared - as well as current skating news, photos and videos of amazing skating. Give it a "like" at http://www.facebook.com/SkateGuard. You can also follow me on the Twitter at http://twitter.com/SkateGuardBlog. I love talking figure skating and would love to talk about the sport with you!
Posted by Skate Guard Blog at September 09, 2013
Email ThisBlogThis!Share to TwitterShare to FacebookShare to Pinterest
Newer Post Older Post Home